Article - April 29, 2014
Though the industry predates the creation of the Pakistani state, insurance penetration remains below half a percentage point. Providers like Jubilee and EFU lead the market with a vision to offer relevant, high quality products 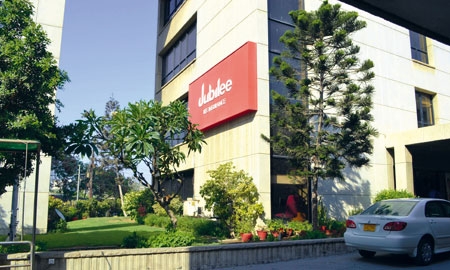 JUBILEE LIFE INSURANCE WAS THE FIRST TO INTRODUCE BANASSURANCE IN PAKISTAN, 11 YEARS AGO
SHARE

In modern Pakistan, insurance translates into assurance; for foreign investors, there are few prime markets as attractive as Pakistan’s, where combined life and non-life insurance penetration in 2012 stood at just 0.93 per cent of GDP, compared to nearly 4 per cent in India. Paid-up capital requirements are also among the lowest in the region.

Though still comparatively low, there is a steady, perceivable rise in Pakistan’s insurance penetration over the past several years, owing to the push by various key companies to innovate and develop significant products, whilst also facilitating access to them. In fact, one of the main drivers of insurance penetration has been bancassurance, a strategy through which insurance firms can reach new clients directly at bank branches, making it easier for people to be integrated into the system.

According to Fredrik De Beer, CEO of Adamjee Life Assurance, banks have contributed some 40 to 45 per cent of premium income since the concept of bancassurance was introduced by Jubilee Life Insurance (JLI) just over a decade ago.

“Almost every life insurance company in Pakistan has some bancassurance arrangements,” says Javed Ahmed, Managing Director and CEO of JLI. “Life companies have worked very hard in developing their retail channels and as a result retail business has grown significantly during the last few years. For life insurance, the primary reason the growth has been phenomenal is that the industry overall has done very well in developing new distribution channels; though Jubilee Life has outperformed the industry in general and has become the largest private sector insurer in Pakistan in terms of premium income.”

“We currently control more than 50 per cent of the bancassurance market,” he adds. “We initiated bancassurance in Pakistan in 2003. The first bancassurance agreement signed in Pakistan was between Jubilee and Standard Chartered Bank. We introduced the concept, we developed it and now we are working with 11 banks in Pakistan.”

JLI is also exploring the internet sector – there are around 20 million connections in Pakistan and an estimated 50 million users – offering five products already with plans to expand to around 20 by the end of the year.

“This risk has been partly covered through credit insurance of more than PKR 350 billion extended to farmers annually. With the increased participation of the private sector and extension of credit by financial institutions to other segments of the economy, all sorts of risks likely to be faced by the country will have to be mitigated.”

Mr Zoomkawala believes that insurance companies in Pakistan exist to provide two key services: “Number one, risk mitigation and number two, capital formation. Every year insurance companies mobilise billions of rupees in premiums. Insurance companies also invest a substantial portion of premium collected in the shares of listed companies. This on one hand provides liquidity to the market and on the other hand helps in price discovery. At present the benchmark of Pakistan’s stock market KSE-100 index is hovering around 27,000 levels.”

Products and services may be becoming increasingly sophisticated, but insurance is no newcomer to the Pakistani populace. EFU General Insurance was originally formed in 1932 to cater to Muslims in India. Jubilee, too, is a veteran of the sector.
“Some insurance companies here have been operating since before the birth of Pakistan. There is more than enough technical know-how of every kind of insurance in Pakistan. Thus we have the knowledge and expertise to provide tailor-made insurance solutions to cater to all requirements. Investors don’t have to look anywhere else,” states Tahir Ahmed, Managing Director and CEO of Jubilee General Insurance (JGI).

Unlike the majority of insurance firms in Pakistan, which Tahir Ahmed describes as being 80 to 85 per cent reliant on three portfolios – motor insurance, property and marine cargo – JGI’s exposure to these segments is less than 50 per cent.

“The remainder is what we call miscellaneous insurance. For instance, engineering insurance – i.e. insuring engineering and infrastructure projects under construction,” he notes. Also included in JGI’s sphere of operations are fire, marine, motor, liability and accident and health policies. Further examples of miscellaneous products cover everything from personal accidents and travel to terrorism.

With such a plethora of products, it is perhaps surprising that non-life insurance has been outstripped (due to the success of bancassurance in extending life insurance to the far-reaches of the country). Not that this precludes good results in the non-life segment, as noted by Tamir Ahmed. During 10 years of rampant inflation in Pakistan, he says that JGI actually increased its market share from 6 per cent in 2003 to around 14 per cent in 2013.

Rated the maximum AA+ with a stable outlook by the JCR-VIS Credit Rating Company Limited, JGI has a strong asset base and a diverse investment portfolio. For its part, JLI leads the life insurance sector with market coverage of 41 per cent, according to Insurance Association of Pakistan data.

EFU General Insurance, recently upgraded to AA+ with a stable outlook by JCR-VIS, is the market leader for non-life, with over PKR 13.9 billion (£84 million) in written premiums and after-tax profits of PKR 1.39 million, as of December 2013.

Tamir Ahmed has a final word to put potential investors’ minds at ease concerning terrorism. “We’ve hosted two international insurance conferences in Pakistan. The first one was in 2010 and attracted about 50 to 60 foreign delegates. We had speakers from France, Singapore, Sri Lanka, the UK and other countries. Some of them were here for the first time,” he recalls.

“I’ll just share one comment made by the Lloyd’s underwriter, who used to provide us with reinsurance support for terrorism. As he was walking out of the hotel, he shook my hand and said: ‘Now, you will see that the Jubilee credit ratings of terrorism will start coming down for Pakistan.’

“He was happy and felt confident about Pakistan when he saw life in Karachi. He was impressed by all the hustle and bustle with all the traffic, people going to their offices, students going to their schools and colleges, shops all open. Personally experiencing normal life in Pakistan is quite different from the perception one gets reading negative press and sitting thousands of miles away in London.”