Preservation of flora and fauna enable eco-tourism to flourish

Article - July 29, 2014
Noted for its lowland gorillas and wild chimpanzees (the country contains over 80% of the world’s population) outside the French-flavored capital of Brazzaville, attractions include the surf beaches of Pointe-Noire, the white-water Congo River rapids and – in the 13,600km2 Odzala National Park – one of the Africa’s largest and least known tropical ecosystems 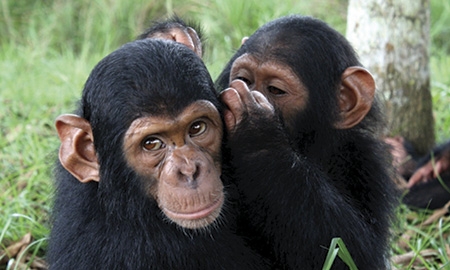 A capital infused with colonial charm and one of the world’s most mythical rivers running through it. Home to the world’s second largest tropical rainforest and, some say, 80% of the global population of lowland gorillas. Wild chimpanzees, forest elephants, leopards, buffalo, antelopes, giant forest hogs, and birds including the African grey parrot. And, for the really intrepid, there’s surfing off parts of the 105-mile coastline.

This is the Republic of Congo, the former French colony in central Africa that is often confused with its much bigger and more volatile neighbor on the other side of the Congo River, the Democratic Republic of the Congo (DRC).

Sometimes called Congo-Brazzaville – the name of the capital on the Congo River – it was included last year in a New York Times list of 46 places to visit, largely because of its eco-tourism offerings. The World Travel Guide describes Congo as “…a rich landscape of falls, swamps and rapids, with the northern country distinguished by huge tracts of virgin forest and an abundance of wildlife.”

The government has created three national parks and a plethora of protected areas, including wildlife reserves, a biosphere reserve, two hunting areas, and sanctuaries to protect chimpanzees and gorillas to protect the environmental jewel in Congo’s crown. Up until recently, accommodation options in all of the national parks were basic, and most still are. But in 2013, two luxury safari camps were opened in the sprawling Odzala-Kokoua National Park, providing safari-lovers with “comfortable designer digs in the heart of the Congo Basin,” the world’s second-largest tropical rainforest after the Amazon.

Founded in 1935 under French colonial rule Odzala-Kokoua was declared a UNESCO Man and Biosphere Reserve in 1977, and in 2008 was nominated to become a UNESCO World Heritage Site.

The 3.2-million acre park is dotted with clearings, called ‘bais’, from which visitors can easily observe any of the more than 400 bird species, 114 mammal species and 4,400 varieties of plants that call Odzala-Kokoua home.

Congo’s other national parks also offer rich pickings to visitors, although so far no luxury digs.

Leslie Nevison has been taking visitors to Congo’s parks since 2008, including to Nouabale-Ndoki near the border with the Central African Republic. The 15-million-acre park is home to the world’s only western lowland gorilla silverbacks that do not change their behavior in the presence of humans, known as being ‘habituated’, to the highest concentrations of forest elephants in central Africa and the Ba’Aka pygmy tribe, who have tracked the gorillas for centuries.

Four hours away from the Atlantic coast city of Pointe-Noire, Congo’s second biggest city after the capital, is Conkouati-Douli National Park. Conkouati-Douli is home to more than 8,000 chimpanzees, 2,000 western lowland gorillas and more than 1,000 forest elephants. Leatherback turtles lay their eggs on the beaches of the park, and humpback dolphins bound through the waves offshore.

In the park, Aliette Jamart offers visitors the chance to become conservationists and help to preserve the habitat and quality of life of chimpanzees at the privately run Conkouati Sanctuary. Mrs. Jamart set up the sanctuary for orphaned and rescued chimpanzees on three wooded islands on the Conkouati Lagoon that were provided to her in 1991 by the Congolese government. That, and the fact that H.E. President Denis Sassou Nguesso has bestowed the status of national park on vast tracts of Congo’s untamed wilderness, to give the lands better protection, are signs of how seriously the government takes the business of preserving the country’s ecosystem.

The Jane Goodall Institute runs another chimpanzee sanctuary in the park, about an hour’s drive north of Pointe-Noire.
Like other parks around Africa, Conkouati-Douli has been plagued by poachers and a growing human population and development that are encroaching on the animals’ habitat and taxing the ecosystem. The park has had some success in taking on poachers, by investing in infrastructure and stepping up security measures.

Nationally, the government has started a program that trains poachers to become park rangers, and has passed laws to tighten the regulations on forestry aimed at reconciling development and ecology.

For visitors who prefer smaller animals than elephants and gorillas, Congo is also said to have nearly 900 species of butterfly, and an attraction called the Valley of the Butterflies near Brazzaville.

And, of course, Congo has other attractions for visitors, including St. Anne’s Basilica in Brazzaville or the eucalyptus plantation around the port city of Pointe-Noire, where locals like to ride ATVs. There are also the Atlantic beaches, the raging rapids of the Congo River, and scenic waterfalls.

Mr. Sassou Nguesso called at the Rio+20 Earth Summit in Brazil in 2012 for the establishment of a green economy to help create jobs and reduce poverty, which still impacts around half the population of Congo.

A growing part of the green economy is nature tourism, and with its parks and waterways, butterflies and buffalo, chimpanzees and habituated gorillas, and comparative security and stability, along with its care to preserve its natural treasures, Congo is not only ready to start cashing in on the green tourism economy, but also waiting to be discovered.