Article - December 2, 2013
At Constructora Maiz Mier, where quality is everything, there is no project too large nor is there a task too small to be embraced by their organization 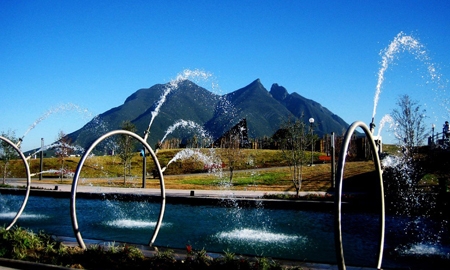 Constructora Maiz Mier’s mission is to provide services of design, engineering and general construction, at the highest grade of quality regarding the type of project, time and cost, so that maximum benefits for its clients and investors are achieved. With this, the company’s goal is to have a national presence and be the leading agency for design, engineering and construction, in all projects developed by its highly qualified team of specialists.
In many ways, Maiz Mier has already achieved the national presence and staunch reputation its founder had envisioned 75 years ago, and it shows no sign of surrender. Among countless others, the Maiz Mier repertoire includes the 1992 construction of the industrial domes at the Nemak aluminum foundry  – which are still the largest to date of their kind in the world – in collaboration with Geométrica; the aqueduct that runs from San Francisco to Monterrey through the city of Santiago; and that which runs from Mina to Monterrey, built in 1957.
For many years, Mexico has trusted Maiz Mier with its most important and prestigious projects for several reasons, among them being dedication to delivering quality products and services on time and on budget. The board of directors has made it a priority for management not only to achieve excellence, but to be certified in it as well.

In 2007 the company was awarded with the ISO 9001:2000 under Lloyd’s Register Quality Assurance, and renewed its certification again in 2010. The certifications apply to all segments of construction within the company: design and project bids, administration, delivery, proposals, supervision of construction, and last but not least, customer service. Every step of its projects from design to completion is carefully considered and revised for success.
José Maiz Mier built his reputable construction legacy from the ground up. He began in 1938 as an independent contractor in the city of Monterrey, Mexico. Mr. Maiz Mier was renowned for his work ethic, knack for business development, and innovation. It was his expertise that carried the company to incorporate into what has been known as Constructora Maiz Mier S.A. de C.V. since 1961.
José Maiz García, the founder’s son, recalls how his father moved him all around the country so that he could gain as much experience on as many different projects as possible. In 1967, he was sent to work on a tin factory in Puebla, after which he returned to Monterrey to work on the river drainage tunnels in the city until 1980, when he was moved to Querétaro to oversee the construction of a glass factory. He now has over 40 years of experience in the industry and serves as the general director of the company, keeping consistent with his father’s business philosophy and sense of community.
Despite having earned a stature worthy of large construction projects, Constructora Maiz Mier still takes pride in the work it does for communities in Nuevo León and throughout Mexico. Regular community projects include the building of hotels and hospitals, shopping centers, water and sanitary facilities, sports and education centers, as well as roads, bridges and tunnels.
The company’s social undertaking, however, has never been limited to building projects. Since 1983 the Maiz García family has spearheaded activities at the Sultanese Baseball Club in Nuevo León. In addition to granting children and seniorsfree access to the stadium, they also support junior baseball leagues throughout the state.
Constructora Maiz Mier is not only committed to building in society through business and investment, but building up society, promoting sports, health, and culture among young people and families.