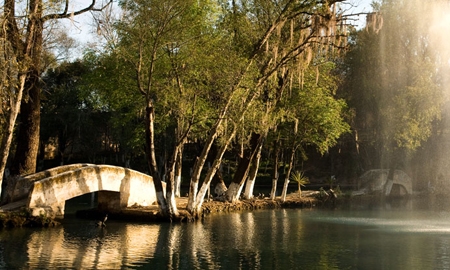 Hidalgo may not be big (it’s smaller than the state of New Jersey), but it’s prime location and hardy people make it quite a powerhouse, and investors both domestic and foreign alike are keen to stake their claim.
For Governor José Francisco Olvera Ruíz, the state boasts four prime advantages. Firstly, as it’s situated just 40 miles north of the Valley of Mexico metropolitan area, Hidalgo has easy access to Latin America’s most powerful market. Secondly, a ring road was recently completed (Arco Norte) that makes getting from one end of the country to another much easier, as before all main roads literally lead to Mexico City. A good part of the Arco Norte passes through Hidalgo, thus lending the state better connectivity with the two coasts.
The third reason, according to Mr. Olvera, is “that we have the extraordinary opportunity to plan land use, to boost the development in our cities and industrial zones in an organized and sustainable fashion.”
He continues: “There is still a lot of available land which could be exploited since the Valley of Mexico is running out of space and it can only grow northwards, which is precisely where we are.”

The fourth reason why Hidalgo has tremendous potential is that its people have had to overcome hardships owing to the state’s mostly arid territory. “We brought in an irrigation system 60 years ago from Mexico State, but the Hidalguenses had surmounted the adversities, thus becoming a hard-working, ingenious and excellent labor force for both industry and farming,” explains the Governor.
Southern Hidalgo is a highly industrialized area. Ciudad Sahagún, for example, specializes in steelworks and heavy metal-mechanical industry for the transport sector, manufacturing everything from small vehicles to locomotives (Canadian company Bombardier makes train and subway components in Hidalgo). Other industrial zones include Tizayuca, dedicated mainly to dairy, and Tula and Tepeji, focused on refinery-related industries. Tepeji is also seeing a revival of the textile industry.
With so much industrial activity, the Governor would like to see a higher level of value addition and local contribution. “In Pachuca, we have a project to turn it into a city of knowledge, a place where we work with ‘mindfacturing’ rather than mere manufacturing,” he says.
Not to miss the tourism boat, Mr. Olvera emphasizes the state’s monuments and other attractions, such as its 30-odd thermal spas, its archeological gems, its four Magical Towns; namely, Real del Monte, Mineral del Chico, Huichapan and Huasca de Ocampo – the very first in Mexico to be declared a Pueblo Mágico when the campaign started in 2011.