Article - December 3, 2013
A key engine of the Mexican economy 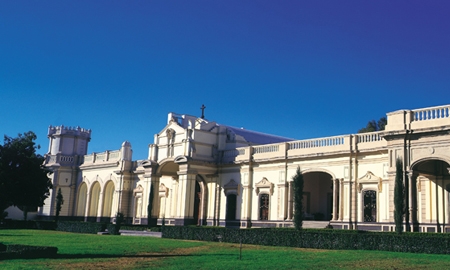 “Undoubtedly, Querétaro is the economic success story of Mexico,” declares Governor José Calzada Rovirosa. The state has outpaced the average national growth, expanding 7.4% in 2010, 8.1% in 2011, and 7% last year. It has also seen massive increase in foreign direct investment (FDI). The state’s Governor says that FDI grew a staggering 500% in 2011 and the Financial Times reported a 120% rise in FDI in the first eight months of 2012.
“Between 2009 and 2012 – percentage-wise – our state has been positioned as the first state to generate jobs across the country. We are the second safest state in the country, and our infrastructure grows very dynamically compared to other states. We invest 16% of our budget in productive infrastructure.
“That is why we are experiencing such rapid economic growth. Not only do we attract a lot of investment but also a lot of people choose our state as their living option. Querétaro is one of the best states in terms of quality of life and services,” explains Mr. Calzada.
Querétaro has been a favoured investment destination for some of the world’s top multinationals, such as Siemens, General Electric and Bombardier, and has managed to develop thriving aeronautical and automotive sectors in recent years.
“The most representative sector of our economy is the automotive, which employs 10% of the working population of the state. Then there is the food and beverage industry, which is also very important. Global companies such as Kellogg’s and Nestlé have been established here,” states Mr. Calzada.
The aviation industry represents a large segment of the central Mexican state’s economy also, and it has been growing significantly in the last few years. Over 50 aeronautical companies have been established in Querétaro and the Governor claims that the sector will grow around 250% in 2013-2014.
The development of the aeronautical and automotive industries has been made possible by a successful and close-knit trinity comprised of the local government, academia and the private sector. Multinationals involved in these and other hi-tech sectors can rely on a steady stream of well educated local engineers graduating each year, while the local government provides the ideal investment climate.
“Our connection with the education sector is very important so that when companies have been established, they can count on highly-qualified personnel,” says the Governor, adding that General Electric, for example, has hired 1,200 local engineers t develop Avionics aircraft technology in its engineering centre, while Siemens also recently hired 500 in its Querétaro engineering center. He adds that: “Most of our Mexican engineers come from Querétaro.”