Like many other industries, tourism in Angola was stunted by the damages inflicted by the civil war. Today, the tourist numbers are increasing as travelers from home and abroad discover the country’s wide-ranging treasures: miles of pristine beaches, national parks that have been restored and stocked with wildlife and an elegant city nightlife are just some of its attractions. 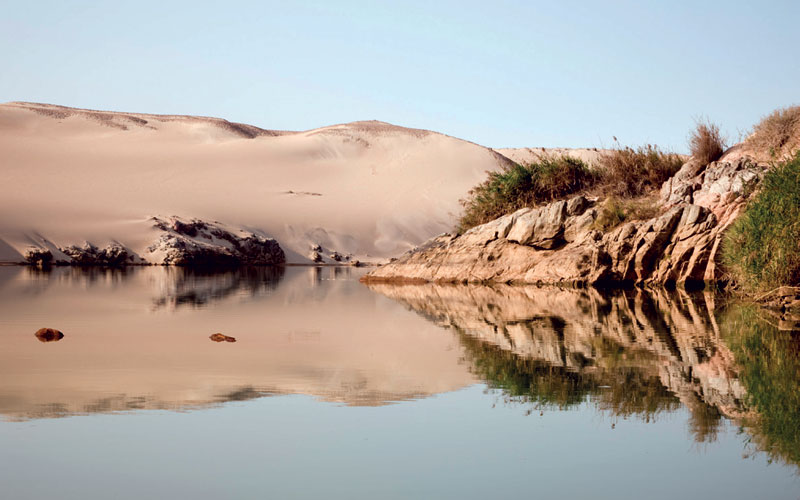 When the civil war ended in 2002, few people would have considered Angola as a tourist destination. A mere trickle of intrepid travelers entered the country that year, but in every subsequent calendar cycle, the number has risen like the waters of Angola’s many surging rivers, reaching a crescendo in 2012 with more than half a million foreign visitors, an almost 500 percent increase in little over a decade, according to World Bank estimates.

Angola’s government has invested heavily in its tourism offer as a means of lessening dependence on revenues from oil and precious stones. A significant push to improve the country’s infrastructure has resulted in thousands of kilometers of new roads being built and railways restored. The government has prioritized the travel and tourism sector and growth indicators are expected to remain positive in years to come, leading the ministry to set a target figure of 4.6 million foreign tourists to Angola in the year 2020.

To this end, the Ministry of Tourism has launched a concerted effort to place itself on the world stage at international tourism fairs. In 2014 alone, Angola has participated at FITUR in Madrid, BIT in Milan, ITB in Berlin, BTL in Lisbon, FIT in Havana and INDADBA in Durban, South Africa. At BTL, it was noted that Angola had made significant progress in terms of investment in the sector, with the construction of new hotels, the improvement of roads, the business opportunities available and the country’s overall tourism potential.

No small wonder, because Angola is full of surprises. The climate and topography changes dramatically from one province to the next. From tropical rainforests to the parched plains of the Namibe desert, soaring mountains and raging waterfalls such as the spectacular Kalandula falls in Malanje – the continent’s third-highest - Angola is Africa in microcosm. The Atlantic coast is a 1,650-kilometer expanse of white sand beaches and the temperatures range from the sultry tropics of Cabinda to the cool conditions of Lubango in the south, where the seasonal Cacimbo mists take hold. The jewel in Angola’s crown is the national parks network, which was ravaged during the civil war for natural resources and, as is the case across the continent, plagued by poachers. But a government initiative coordinated by the Quissama Foundation gradually reintroduced lost species into the synonymous reserve. Called Noah’s Ark, the project entailed importing animals from South Africa and Botswana to repopulate Angola’s natural spaces.

However, the majority of the foreign cash spent in Angola still registers in Luanda. Angola’s capital city is rated the most expensive in the world and has earned that accolade several times from human resources consulting firm Mercer. Oil wealth has helped to build up the streets of the central business district and high-class hotels – many of them located near the Cuatro de Feveriero airport – and eateries jostle for the dollars dropped by visiting executives and resident expatriate workers. Top of the line four- and five-star hotel rooms start at around $400 to $500 dollars, while a three-star can cost $300. There is a burgeoning bed-and-breakfast sector emerging nationwide to cater for more modest budgets and a handful of hostels exist in the capital – although these are purely for the hardiest of travelers. Eating out can also be an eye-watering experience in Luanda; the bill at most restaurants catering to tourists and expats will easily exceed $100 per person.

Nearby the city are several getaways, including Palmeirinhas Beach to the south and Santiago Beach to the north. Mussulo Island lies 35 kilometers offshore from Luanda and is a favorite destination for foreign visitors looking to escape the capital. A tidal lagoon accessible only by boat, Mussulo Island is a white sand haven of the sort that adorns travel brochures the world over, complete with a wide range of accomodation and restaurants. Closer to the city, the Ilha de Luanda,a 4.5 mile-long sandspit, holds  beaches, bars, casinos and nightclubs that cater to both locals and foreign visitors alike, against the backdrop of the imposing Fort Sao Miguel. Throughout Luanda, colonial-era architecture jostles for space with imposing modern skyscrapers.

Angolan tourism as a whole is still heavily reliant on business travellers but recreational visitors are starting to discover the unspoiled country outside Luanda. Eco-tourism companies have sprung up to cater for the more adventuresome visitor and have opened up areas of Angola that would have been inaccessible 10 years ago, even if one such firm describes the conditions of the roads that must be traversed to reach them as “challenging.”

Unfortunately, while many African nations exercise little in the way of bureaucratic zeal when it comes to visa applications, Angola takes it to the lower limit. The application process for an ordinary tourist visa or one covering a business conference would test the patience of the most seasoned traveler. Still, it is a vast improvement from several years ago, when tourist visas did not exist and practically no information on traveling around the country - if you were lucky enough to get in -  was available via any medium.

Today, many of the eco-tourism travel companies will happily arrange visas, hotels, airport transfers and onward travel across the country.

The rewards for those travelers willing to jump through the hoops are found in a country where mass tourism has yet to swamp the natural reserves and where they can get a real glimpse of the African wilderness as it was before the European colonial powers arrived. In an age of globalization and overpopulation, Angola’s natural beauty still lies very much off the beaten track. But a colonial throwback is also one of the new attractions Angola has to offer: the Benguela railway, built in the early 20th century, has recently reopened and is considered to be one of the most spectacular rail journeys in the world, running from the Atlantic coast through the central highlands and onto the city of Luau, on the border of the Democratic Republic of Congo.

Aside from the destruction wreaked on its national infrastructure during the civil war, Angola’s main obstacle to  increasing tourist arrivals in recent years was the inclusion in July 2007 of national flag carrier TAAG Angola Airlines on a European Union blacklist due to security concerns over aircraft safety. Still, the blacklisting did not affect the trend of rising foreign visitor numbers year-on-year. The ban on operating flights to and from EU countries was lifted in March 2010 after the government restructured the company and invested in a major overhaul of the fleet’s aircraft. TAAG had been granted permission to operate flights to Lisbon a year earlier. Today, the company is one of Africa’s leading airlines, with a modern fleet of Boeing 737-200s, 737-700s, 777-200ERs and 777-300ERs. Flying out of Luanda’s Cuatro de Fevereiro airport, TAAG’s list of destinations includes the European Union, Beijing, Dubai, South Africa, Russia and Brazil, as well as several domestic stops. Companies that operate inbound services include British Airways, Lufthansa, Emirates, Iberia and KLM.

TAAG has achieved important objectives. After the blacklisting, the government had to outline a plan to rebuild TAAG, with the main objective of restructuring the company’s operational area. Those efforts culminated in 2010, when TAAG was the only African airline to have its EU security ban lifted, because it was able to pass the audits to which it was subjected and, consequently, the airline’s credibility began to be restored. Other than IATA, at the African level there is also another association, AFRAA, and TAAG has held the chairmanship of its executive committee since 2011, says the airline’s chairman, Dr. Joaquim Teixeira da Cunha.

Air travel has opened Angola to the wider world  and TAAG’s investment in the country’s domestic airports has gone some way to solving the inherent problems in overland journeys. What’s more, a new craving on the part of cruise ship passengers to explore previously unthinkable destinations has benefitted Luanda. Since 2009, several operators have included the Angolan capital on their itineraries, among them Holland America Line, Yachts of Seabourn, Oceania, Silversea Cruises, Princess Cruises and Cruise and Maritime, all of which will be docking in the Ilha de Luanda bay in 2014, 2015 and 2016.

All of this is a boon to the government’s plan to cash in on the exceptional tourism offer that Angola enjoys. In a continent largely overrun with package deals and by-the-numbers tours, Angola presents something of a final frontier for people wishing to really scratch beneath the surface of Africa. Problems persist in transport and infrastructure, but the government’s commitment to promoting tourism as a means of sustainable non-oil related income has smoothed over many of the issues connected with getting around the country.

One of the quickest and most effective ways to achieve this was to develop a modern and efficient network of airports.

As. TAAG’s Dr. Cunha explains, “In broad strokes, the government outlined a program to rehabilitate and modernize the airports in the whole country. All provincial airports benefited from this modernization program, and they still continue to benefit from large investments to create the conditions required for the operation of aircraft and for the proper handling of passengers.”

He adds that currently, a new airport is being built in Luanda, with the aim of turning it into a regional hub, providing a connecting link to Latin America, especially to countries like Brazil, Cuba and, eventually, Argentina. The new airport could also be a point of connection with Europe, because many African countries have no national carrier and travelling from one to another often requires going through Europe.