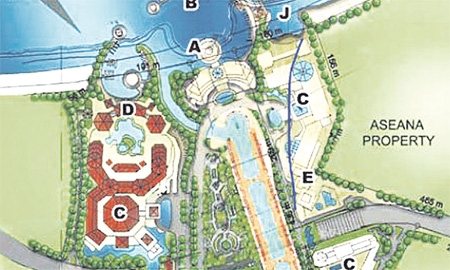 The positive financial results that the Philippine Amusement and Gaming Corporation (PAGCOR) currently enjoys are set to continue rising, thanks to a mega-project the state-run gaming agency is currently developing.

Dubbed the Entertainment City Manila (ECM), the project is taking shape in a three-square-mile lot of land along the reclaimed portion of Manila Bay’s Boulevard area. Ultimately, it is set to take the tourism sector in the Philippines to a whole new level, thanks to the Entertainment City’s wide offering of activities for all ages.

The project intends to capture the imagination not only of Filipinos but foreign tourists as well. The plan is for national artists to be represented, for local cuisine to be available, and for Entertainment City to stand out in Asia for its uniqueness and its embrace of local culture.

“We need to go back to the Filipino roots,” says Jeannie Javellosa, the culture expert and brand engineer assigned to handle the rebranding of PAGCOR and its Casino Filipino. “We need a total Filipino experience of what gaming and entertainment is all about. We need to make it not just a casino, but a total leisure and entertainment complex where people can bring their families.”

This is right in line with the vision that PAGCOR chairman and CEO Cristino L. Naguiat, Jr. has for Entertainment City and all its Casino Filipino branches. “We are in talks with world-class designers who can help create a modern Filipino brand and architectural designs for our casinos that tourists would really want to see. In Macau, the casinos have a Western look, but we want to have our own, unique Casino Filipino look here.”

Entertainment City Manila will be a fully integrated entertainment and tourism resort, in which the actual casinos will only account for less than 8% of the total developed area. There will also be entertainment options for children, theaters, stadiums, and facilities for MICE (meetings, incentives, conferences and exhibitions).

With such a wide assortment of activities and facilities, PAGCOR hopes to influence visitors to extend their stay. “Right now, some foreign tourists come here to play for two to three days. But if we are able to create other recreation activities for the whole family, these tourists will have good reason to stay longer in the Philippines,” explains the chairman.

Entertainment City is being built over a 10-year period, yet the first phase of one concept – specifically, the aforementioned casino – is already complete. Built by a major investor in Entertainment City (formed by the partnership between Malaysia-based Star Cruises and local company Travellers International), Resorts World Manila is located near Terminal 3 of Manila’s Ninoy Aquino International Airport (NAIA) and is the first complex in the country to combine lodging brands (Marriott, Maxims and Remington) together with the Philippines’ largest casino and a four-level mall. Resorts World Manila also features numerous dining establishments, concerts and acrobatic shows, and a 1,500-seat performing arts theatre.

Entertainment City’s other biggest investors to date are Japan’s Tiger Resorts Leisure and Entertainment Inc., Bloomberry Resorts and Hotels Inc., and local powerhouse SM Investments (the principal investment vehicle of the Sy group) which is working with the Philippines’ own Belle Corporation to build a world-class gaming facility in a major luxury hotel to be managed by Radisson.

The total cost of developing the project is expected to amount to some $5 billion, a figure that will bring with it 80,000 direct jobs and about 400,000 indirect jobs. The Entertainment City Manila project, particularly its casino gaming component, will also generate a tremendous amount of revenue that will, according to PAGCOR’s charter, fill in government coffers for use in carrying out its numerous social development projects.

Meanwhile, tourists from all over Asia and the world will soon enjoy the Philippines’ newest and largest entertainment venue and all of its world-class facilities characterized by the Filipino flavor and hospitality.