Article - October 24, 2013
Opportunities rarely come without challenges, but the readiness of Kuwaitis to tackle the Gulf State's areas ready for improvement - along with its potential for private-sector participation - instils much-valued confidence in investors 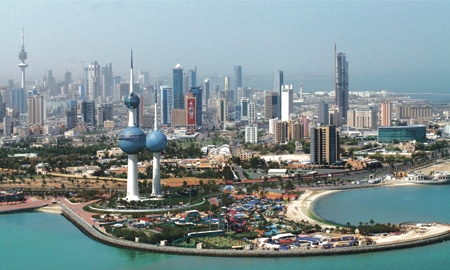 Economic diversification is a major topic on the minds of Kuwait’s business leaders as they fully appreciate the need to maintain the momentum of increasing dynamism in the country’s private sector.

“It is very dangerous to depend on just oil,” says Jassim Al-Kharafi, a previous Speaker of the Kuwait National Assembly for 13 years and former Minister of Finance. Today he serves as Chairman of the Kuwait-based MAK Group, one of the most ubiquitous and influential conglomerates in the Middle East and North Africa region. “What we have always been talking about and hoping our Government will take into consideration are the bio-products of oil. My hope and my concentration is on pushing our government towards working on this resource.”

As a public-sector servant, Mr Al-Kharafi’s former roles in the National Assembly and Finance Ministry have provided him with a first-hand viewpoint of Kuwait’s global political standing and as a private-sector pioneer in the MAK Group he appreciates the commercial importance of tighter regional bonds. “Small countries not linked properly together in the economical sense will be a burden in the future to its people,” he says. “I hope our Government will concentrate on the cooperation and coordination of more links, especially economic links, which I hope will lead to a Confederation between the Gulf States.”
He adds: “Kuwait cannot continue working with a small market like it is now, neither can Qatar, the Emirates or Oman. But once we open the market for all of us and then are united towards the world, we can also gain benefit from the coordination, which will indirectly benefit our people.”
During his tenure as Speaker of the Kuwait National Assembly, Mr Al-Kharafi held joint press conferences with visiting Prime Minister David Cameron in 2011, where both sides were united in encouraging collaborations. “The bilateral relations between Kuwait and the UK have been always special, but unfortunately they have decreased over time,” he notes.
Shortly after the visit, both countries pledged to double bilateral trade to £4 billion by 2015. “It cannot be achieved by paper; it has to be achieved by actions,” affirms Mr Al-Kharafi, highlighting that the expressed good intentions need to be backed up by companies pursuing partnership leads. “There should be more solid follow up. Also when a government or prime minister changes, we should start where they ended and not start from the beginning; this is what hinders progress.”