Reduced numbers of trials clogging up courtrooms, the introduction of computerization into civil trial procedures, and the creation of specialized Business Courts to handle business-related disputes for foreign investors are among the transformational changes swept in to Italy’s judicial system in recent years. 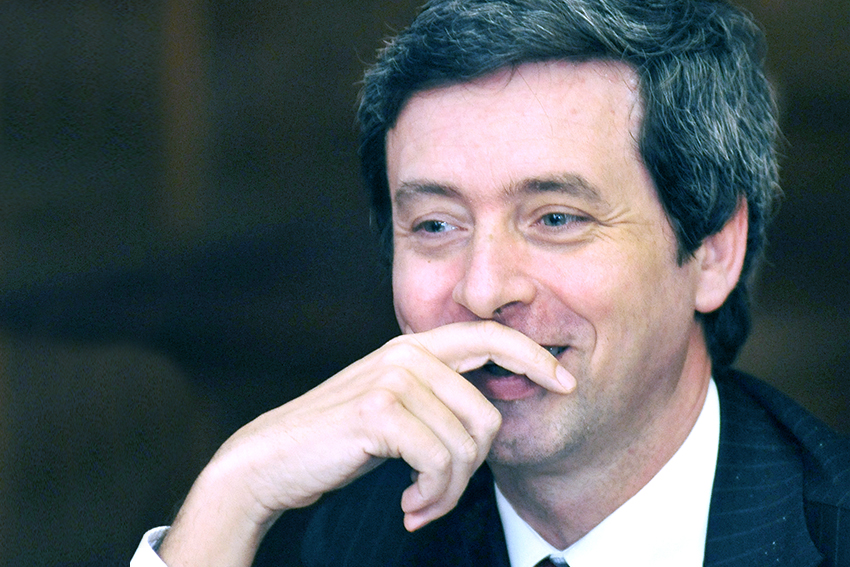 Although still a work in progress, the government’s efforts are paying off. In just one year, Italy has leapt 13 places in the World Bank’s Ease of Doing Business rankings for settlements of commercial disputes. The quality of legal services has improved and foreign investors’ confidence in commercial operations in Italy is also on the rise.

In an interview with United World, Minister of Justice Andrea Orlando highlights the key changes introduced by the ministry’s reform that made Italy jump 13 places in the World Bank’s Ease of Doing Business ranking with regards to settlement of commercial disputes in just one year.

Italy is finally emerging from a crisis that has hit the country over the last seven years. There has been a positive change of trend in 2015 with GDP growth of 0.8% and expectations for 2016 are set at a 1.6%. What is your point of view on Italy’s performance in 2015?

Italy must continue to take a qualitative leap due to structure-related factors, as for example the first positive effects produced by certain reforms in the judicial system, public administration, and labor market.

Italians are accustomed to the notion that nothing can be done to change this country, but within a few months this government has been able to deal with issues that had been at a standstill for a very long time. The Constitutional reform as well as the Electoral Law haven’t achieved any tangible results over the past 30 and 10 years respectively. Not that this is going to have any immediate direct impact on the economy of the country, but from a psychological point of view it conveys the notion that the country can be changed. This had a positive impact from within the country but also towards the exterior.

The highest success towards this need for change was achieved during the Expo where Italy was able to deliver the message to the world that the country is able to meet its commitments, win challenges and change.

In your opinion, what was the impact of your justice system – which has been categorized as slower than other European countries – on Italy’s economic growth in the past?

It was by all means negative, and created a climate of worry and unsteadiness for both foreign investors and Italian businessmen. It has been determined that an improvement of the civil justice system alone can produce GDP growth of 1 point per year.

I am unaware as to what extent these estimates are reliable, but our civil justice system has negatively impacted the economy of the country and this is exactly the starting point of our reform, which is fundamentally based on three main guidelines.

The first one focuses on the reduction of numbers related to trials by adopting measures that discourage people from going to court. Within two or three years we were able to reduce 6 million trials to 4.2 million.

The second guideline is related to the computerization of trials. Italy is the first country where all civil trials are computerized. Preparation for a trial now commences in the lawyer’s studio and can be monitored on a 24-hour basis. This process has sped up the mechanical phases of a trial; it has improved the transparency aspect and has led to a reduction of the incurred costs.

The third fundamental guideline deals with the setting up of a preferential lane for foreign investors, what we call the Business Court, which operates exclusively as a jurisdiction forum for all foreign companies that want to invest in Italy.

All the operators involved will have the chance to benefit from a more efficient organization, which will be further improved and enforced. Our efforts have already been recognized and awarded, because within just one year the parameter for settlements of commercial disputes in Italy has improved by 13 positions in the World Bank’s Ease of Doing Business ranking.

We still have a very comprehensive network of courts – more than 1,000 – spread throughout the country, many more than other European countries. This means that access to the justice system is characterized by a strong closeness to judicial infrastructure. Before there were regions with 13 courts and sub-offices in areas populated by less than a few thousand citizens.

The reform of the judicial system is taking us towards specialization. It is clear that smaller courts that deal with each forensic discipline will never be specialized in a given field, as occurs for example with our health system. We have the chance to organize specialized courts where the judge can operate within a specific discipline or issue, be it of an economic nature, commercial or criminal proceeding – an inquiry on the environment, corruption or organized crime.

Figures in terms of litigations are decreasing and this is due partly to the economic crisis and partly to some regulations that have been introduced. The interest rates paid by those who lose the trial are in line with the market average. However costs are still higher for the losing side and this discourages people from going to trial.

Indications of positive results are evident, but there are still differences within the country due to cultural factors. We have started identifying if all those proceedings were actually necessary. For instance, we have transferred the competences related to divorce or separation procedures, when consensual, from the judge to the civil registrar.

Looking ahead towards the TTIP: do you think this can be a positive agreement or it is rather an unbalanced deal which will only benefit American companies and their access to the market?

We must question if European countries are adequately prepared for it. This agreement represents an opportunity: it may reduce the risk of dumping towards Europe. The problem is that if Europe starts this agreement lacking a proper internal harmonization – in terms of either fiscal instruments or industrial policies – there is a real risk that those differences that already characterize today’s Europe will be further exacerbated.

Italy needs to make a qualitative leap in terms of the structure of our domestic businesses and companies because there is higher risk that SMEs are economically disadvantaged in comparison to larger Northern European companies. Unfortunately, European countries are running at different paces.

What do you expect to be the impact of the justice reform in terms of attracting American investment?

American investors need to know that the timings of the justice system in Italy is now equal – if not better – of those in their own country.

Over the past few years, Italy has improved the quality of its legal services, as for example occurs with the Legal Advisory Service. The current limited company fiscal regime is presently being used amongst professionals of the justice system. This presents a very similar context to the regime already being used in the United States.

How do you imagine Italy 10 years from now?

I hope that Italy’s dualism in terms of its economic and cultural development will be finally overcome. This anomaly has heavily affected our country and the crisis has worsened it. Our emergence from the crisis should lead to increased social equity and above all a country that is strongly integrated within Europe.

Going back to the question regarding the TTIP, let’s imagine a European territory that is able to embrace the opportunity of Italy being the logistics hub of a more intense trade flow in the Mediterranean. Italy will be able to gain not only from its natural and artistic beauty but also from its geographically privileged position within Europe and towards North Africa. In this context, Italy will play a strategic geopolitical role.