Italy's Minister of Defense Roberta Pinotti explains Italy’s potential in peace and security matters should the country become the next non-permanent member of the UN Security Council for 2017 and 2018. 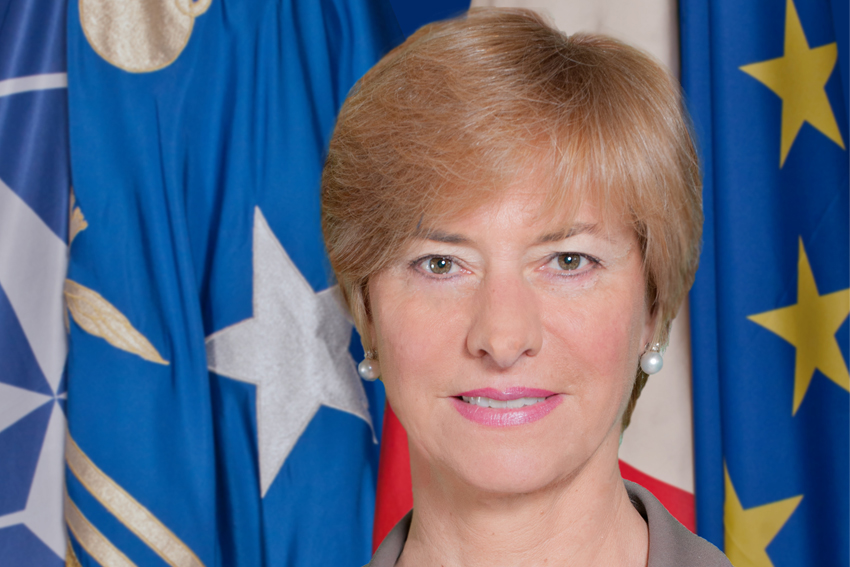 Italy has lent its full support to the United Nations (UN) since becoming an member of the organization in 1955 and is the top Western contributor to its peacekeepers (often referred to as blue berets or blue helmets because of their distinctive protective headwear), and is also among the largest contributors to the UN’s regular and peacekeeping budgets. It is also deeply committed to contributing towards stabilization of crisis areas and to defending and promoting human rights and sustainable development wherever needed.

Speaking to United World, Italy’s Defense Minister analyzes the country’s critical contribution to securing one of the hottest regions worldwide, the Mediterranean.

Could you please provide an overview of Italy’s contribution to international missions?

I think Italy is playing a very important role. Considering its geographical position and sort of limited dimension, Italy’s contribution to security and defense is even higher. In figures: Italy’s national contingent is the first in Europe in terms of contribution to European missions as well as to UN missions among Western countries and it is among the first nations in terms of participation to NATO missions.

Moreover, our armed forces are engaged in other coalitions like the one set up to fight ISIS and terrorism. More than 12,000 soldiers are currently engaged in different national and international missions, such as Afghanistan, Kosovo, Lebanon (with the UN mission UNIFIL), the Horn of Africa and Iraq, where we represent the largest European contingent.

Syria is a hot topic as far as international security is concerned and it is at the core of an intricate network of international political interests. What is your perspective on the future development in that context?

I do hope that the recent speed-up in talks and meetings between the USA and Russia will lead to concrete positive results and a solution for the future of Syria. I think that an agreement between these two major powers will encourage agreements among other regional parties of the area involved in it.

The short-term focus in Syria remains fighting ISIS. The major parties involved should do so while ensuring a process of political transition in a country devastated by civil war and avoiding inflicting further sufferance to the civilian population. If we can do that, I think the hardest work to do in Syria will be greatly facilitated.

The White Paper is an essential piece in terms of innovation in the national security sector. What is the country’s role in the geostrategic context within the Mediterranean area?

The White Paper begins with an important analysis of the geopolitical context in order to identify a stronger and more significant role for Italy within its strategic area of engagement, namely the Mediterranean.

We will not decline our participation and commitment to missions in more distant areas, but since the Mediterranean area is where the harshest conflicts are happening today, we are convinced that Italy must become a reference actor for the security missions carried out in the whole area.

In order to be able to successfully complete the transformation of the Italian armed forces, we need to work in two main directions. The first one relates to operational capabilities. Today’s challenges are different from the past ones. What we are dealing with now is hybrid threats that can be fought back quickly and effectively only if we think of our armed forces as a single, flexible and adaptable military body – whether we talk about the air force, marines or ground armies. The reform needs to respond to the new geopolitical challenges and therefore we are focusing on a much higher degree of integration, and interoperability of our forces.

Secondly, we need to lower the average age of our soldiers. In few years, we will have to deal with armed forces composed by a majority of elements of an advanced age due to our traditional mechanism (that comes from the “draft system”) of hiring people by contracting them permanently. Instead, we need to have at least 50% of our human resources contracted for a limited period, and a 50% who will go on with their military career. These changes will be quintessential for the future of the Italian Army.

You have mentioned the importance of the interoperability to respond effectively to hybrid threats and terrorist activities. What are the latest developments with regard to Libya? What are the possible scenarios?

Lately there has been a Daesh infiltration in that territory, in the cities of Sirte and Erna precisely. Over the last three or four months, we have witnessed an extension of Daesh terrorists’ control over the coastline of about 300km, with a progressive and consequent increase in the number of their militants.

This doesn’t mean that they have taken over the whole Libyan territory, but the unstable political situation of this country has represented a perfect opportunity for these terrorists to penetrate the country. Not to mention that Libya is rich in oil making it a strategic target. Of course, we are concerned about the situation that we have been observing for quite some time now, so we will not be caught off guard, but in order for our actions to be effective the collaboration of Libyan institutions is obviously essential. Therefore, we hope that Libyan people will soon count on a government formed by elements that will be open to dialogue for the sake of their own security.

This situation of uncertainty that characterizes the Mediterranean area is bringing some challenges in the alliances within NATO. We all know that NATO was born as a consequence of the geopolitical contraposition between East and West. Is the south of the Mediterranean the new frontier of the transatlantic alliance?

I think so, and I do believe that the parties have all been very slow in recognizing this new geo-strategic development. When the Cardiff Summit was organized, the Ukraine crisis had just broken out so there was, naturally, particular attention to the Eastern European front.

However, it was already clear by then that due to the presence of ISIS, the refugee crisis, and the failure of the Arab Spring, the southern coastline of the Mediterranean represented the major threat to the Atlantic Alliance’s future. It is true that NATO gave way to a 10-year-long period of dialogues between Russia and the USA—which brought positive results and in which Italy has played a key role—despite the despicable role played by Russia during the Ukraine crises.

If we put the current situation into perspective, we realize that the real enemy is ISIS and Islamic fundamentalism, and so it is necessary for the Alliance to restore a political dialogue with Russia. I mean, the dialogue existed even during the Cold War—although under different conditions—so we need to strengthen it nowadays. NATO has always been based on two main principles: deterrence, because you always need to have your back covered, and dialogue.

Speaking of deterrence, what are Italy’s investment prospects in the defense sector? And what would you say are Italy’s excellences within the industry?

We have been finally able to stabilize a budget that used to be continuously cut in previous years. We are hoping for an economic recovery in the years ahead to gain further resources. Given these conditions, we may also think of making important investments, given that the defense sector is not something you can disregard—especially in consideration of the world we live in; it requires undoubtedly high expenses.

Italy can count on excellences in different areas, the aerospace industry being one of those, which proved to be perfectly skilled to build its first Italian F35 that successfully flew to the USA. Finmeccanica is of course our key reference, but also in shipbuilding Fincantieri sets international benchmarks. Moreover, we are also very skilled in the production of satellites and helicopters. We are a world excellence in the niche world of electronic warfare, together with Singapore and Israel, countries that have always pioneered this sector. With the same countries, we do have a strong partnership in another area of national excellence, the Advanced Pilot Training Systems with products like the T-346 “Master”.

Italy is a candidate as a non-permanent rotating member of the UN Security Council for the two-year period 2017-2018. What contribution could Italy bring to the UN’s table?

Due to its beauty, history and geographic position, Italy has always been a natural crossroads of civilizations and societies. Italy is “a bridge” thanks to which so many different cultures were able to meet and communicate. The country has always been seen as a welcoming country, wherever I traveled in the world, I have always felt a sense of affection and acceptance towards Italy. Therefore, this millenary experience of dialogues should make a difference in the UN Security Council.

You recently celebrated your second year as Minister of Defense. What are the main actions that have characterized your work and what are the most important goals you have achieved?

I have certainly contributed to speeding up a series of necessities and reforms that have been on a standstill for a long time, for instance the redefinition of the Department of Defense properties in terms of real estate. The abandoned or unused army barracks are now available to be used for other public matters or private interests and become a source of wealth.

Another mission that I’m bringing forward, more idealistic this time, is trying to explain to people that Italy needs stronger defense and why. This is good if you consider that we were never a country that spoke easily about security issues. Finally, thanks to the establishment of an effective channel of communication with the Prime Minister and the Minister of Foreign Affairs, many important decisions are constantly being taken. The new emphasis on an inter-ministerial collaborative approach is precisely what has characterized these first two years at the government.