Uganda’s booming economy has enabled it to expand both its social and economic priorities, but the creation of a steady and dependable source of energy has been at the heart of this prosperity. 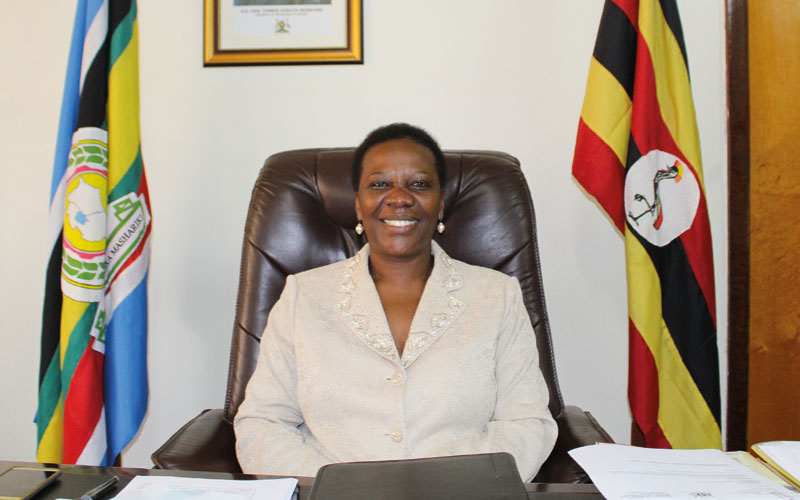 Fertile soils, regular rainfall, natural reserves of oil, copper, gold and other minerals have all helped the East African nation blossom over the past three decades, but as the country develops into a fully industrialised nation basic energy infrastructure has become a key focus.

Irene Muloni, Minister of Energy and Mineral Development, says that accelerating Uganda’s rural electrification and ramping up its renewable energy resources are key facets for the country’s current growth strategy.

“The government has lined up a number of projects in the energy sector, including renewable energy sources like hydro, solar, geothermal, biomass, wind and biogas,” she says.

Projects range in size from the 600MW dam in Karuma, which should be online in five years, to a 183MW power station at Isimba, which is set to start operating in three and a half years.

Elsewhere there are private initiatves, with the creation of small hydropower plants, biomass projects and stand-alone solar systems feeding into the national grid.

At present around 15 per cent of the Ugandan population has access to electricity, and Ms Muloni says increasing this number is a core focus. The country is a pilot in the UN Sustainable Energy for All (UNSEA) project, while its Vision 2040 plan details how Uganda will ensure all citizens have access to the grid by 2040.

Public-private partnerships (PPPs) are being promoted to assist in hitting this target, particularly with renewable energy projects. Uganda is also exploring nuclear energy and has established a Nuclear Power Unit that will develop a roadmap to help strategise the process.

Such initiatives are necessary given Uganda’s growing economy, with energy demands increasing at a rate of about 10 per cent per annum. Oil is also set to transform the country’s economy again, with reserves of some 6.5 billion barrels confirmed and around 1.4 billion barrels set to be recovered.

“We expect to see the first oil production between 2016 and 2017 for power generation,” Ms Muloni says. “A lot of work is being undertaken to develop the required infrastructure as the country prepares to go into commercial production. These activities are expected to generate many investment opportunities in terms of logistics, equipment, materials, EPC contracts and consultancies, among others, for investors.”

Uganda is also reforming its legal sector, to create a robust regulatory framework for the petroleum sector, designed to provide a predictable environment for investment. The Petroleum Authority will regulate the sector, while a National Oil Company will do business on behalf of government and tenders for exploration are being considered while further fields are also set to be researched.

All this points to sustained future growth for Uganda’s energy sector, which is set to make the most of the country’s wider economic prosperity and provide reliable investment opportunities and more prosperity.