Egyptian Steel Group was one of the first to invest in Egypt after the 2011 revolution, a bet that has clearly paid off as the company now looks to increase its market share to 20% and achieve a production capacity of 2.3 million tons per year by 2018 to meet the rising demand for steel in the country 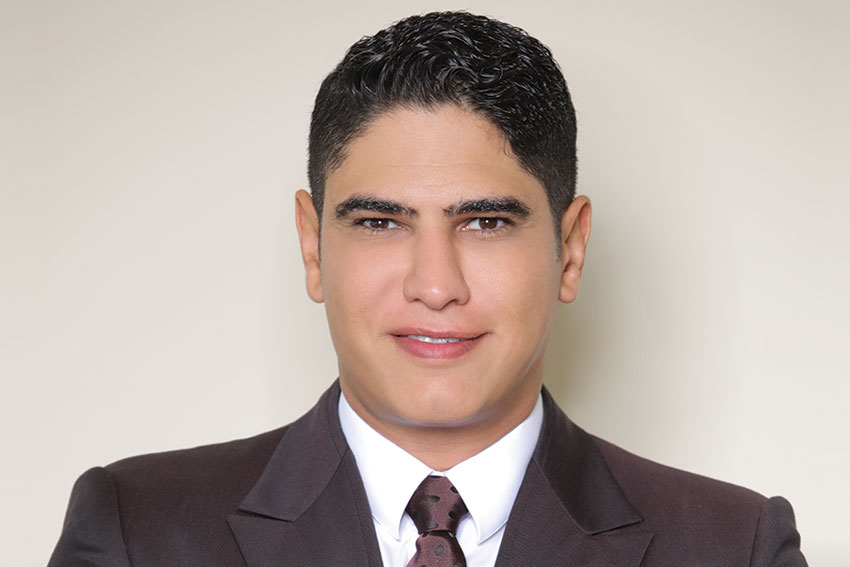 A country that only five years ago was in the midst of experiencing political turmoil and revolution, Egypt has come a long way in the last half of the decade. Last year, the Minister of Trade and Industry approved an 820 million EGP ($92 million) plan to establish an industrial zone in South Sinai that will create jobs and attract foreign investment to the Peninsula. A vocational school will be set up as well as low-cost housing units that will be made available for workers.

The Ministry of International Cooperation also announced last year that with the almost $6 billion in aid accumulated from the Arab entities, major efforts in urbanization of almost 620,000 acres is planned to link Sinai with the Delta area, concentrating on infrastructure, roads, water and sewage plants. These developments coincide with the boom of the Suez Canal Zone project that has the potential to double revenues in the next ten years.

The Suez Canal has long been the prominent economic stream for Egypt and is expected to represent 30-35% of the country’s improving economy. What the zone also does is create an opportunity for even more industrialization to develop the surrounding areas and to draw in attention from investors from across the globe to the potential of this region.

“Egypt has a high percentage of poverty, and I can’t see myself not supporting my community and my people, as we try to improve lives by helping address the problems they face from the position we are. I think it’s all about sustainable growth, generating profits but also caring about the environment and the next generations”

The rise in construction and focus on infrastructure is bringing into existence a higher demand for the production of steel, an industry in Egypt that has been expanding since the 1950’s. In the brief period of time between 2004 and 2010, steel consumption in the country rose from 3.4 to 8.5 million tons due to the rising population and the need for rapid urbanization as a result.

The construction sector continues to be affected positively by the growth of government projects and private expenditures. And though the unrest in 2011 did cause some stagnation within the industry, production has been steadily increasing and is expected to continue to do so with the recent sanctions announced by the Ministry of Industry.

In March 2016, the government reduced the price of natural gas to steel and iron factories from $7 to $4.50 per million thermal units. By doing so, the government has given companies within Egypt a much-needed break on domestic production since the conversion of raw material into steel plates is a high gas-consuming process.

The reduction of the price of natural gas for steel producers will cost the state an estimated EGP 1.2 billion ($135 million), but is expected to increase the export of steel to $600 million. The current price of steel ranges between EGP 4,500-4,800 per ton and will be carefully watched as the dollar is revaluated. As the industry continues to evolve, companies like Egyptian Steel Group are focusing on eco-friendly technology and the long-term conservation of resources.

Egyptian Steel Group was established in 2010 and despite the turmoil in 2011, has in a few short years become a leader in the steel industry and corporation with a social responsibility program that is improving the lives of the Egyptian population as well. As Chief Executive Officer Ahmed Abou Hashima puts it, “We decided to go in and bet on the country on the hardest times, just after the big turmoil. We invested on this market after the revolution, when everything was on standby, and now the results are there.”

And indeed, like Mr. Abou Hashima says, this investment has given the company room to grow and to support the community where he believes it matters most. “Egypt has high percentage of poverty, and I can’t see myself not supporting my community and my people, as we try to improve lives by helping address the problems they face from the position we are. I think it’s all about sustainable growth, generating profits but also caring about the environment and the next generations.”

Egypt looks to the future as it recovers from the unrest of 2011 but if many of the people involved with the private sector adopt the same attitude as Mr. Abou Hashima, the country will be propelled forward in a way that builds confidence from local investors first, and then engages the global economy to further participate.

“Because we are the largest population of the region. There’s no room for failure, as the 90 million we represent, it’s on us to push together during hard times and build a straightforward and strong mentality.”

When asked why the Egyptian economy and people are so resilient, Mr. Abou Hashima says, “Because we are the largest population of the region. There’s no room for failure, as the 90 million we represent, it’s on us to push together during hard times and build a straightforward and strong mentality.”

And that is what the company intends to do.  Revitalizing the economy is based on their will to work and produce, and combined with the corporate social responsibility program; Egyptian Steel will pursue planned expansion projects that play a vital role in the success of their industry in the country.

Part of what makes Egyptian Steel a leader in this sector of the economy is the focus on meeting domestic and international needs.  They have contracted the Italian Group Danieli to operate production plants that reduce waste of rolling mill lines. The introduction of new technologies like the preheated scrap charging systems are energy saving, optimize scrap utilization and have ultimately increased productivity in factories all over the world.

Egyptian Steel is developing a world-class business model and corporate governance structure that hopes to achieve a production capacity of 2.3 million tons per year by 2018. Reaching 20% of market share in the steel market will position the company as one of the leading rebar manufacturers in the country with the ability to export quality products to other markets around the globe.

The cooperation between the public and private sector is vital to the future expansion of the Egyptian economy and it’s clear through the visions of groups like Egyptian Steel that the industrial sector is on the right path to stimulating growth. As Mr. Abou Hashima sees it, “We have an absolute role in this campaign. The Government organizes things, but it is our responsibility to take the bet on the country. The private sector is the engine that portrays the economic wellbeing of Egypt. If we do manage to invest at the right moment, at the right time, our returns and profits will convince everyone else that this market is solid.”