Joko Widodo – hailed as a ‘political phenomenon’ by becoming Indonesia’s new President last year – passed the 100 day mark in office on January 20th 2015. The Worldfolio takes a look at his first three months in charge, as the ‘People’s President’ embarks on a tenure to transform the massive archipelago 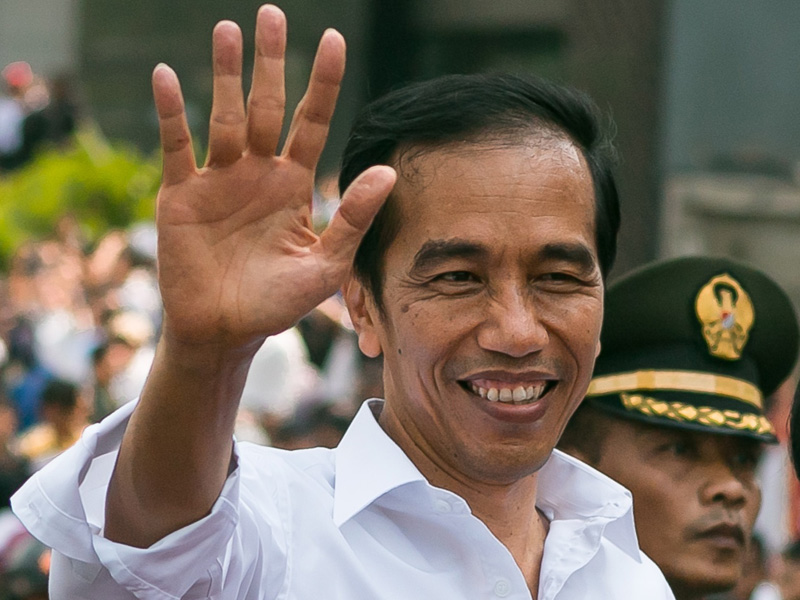 With 100 days having passed since Joko Widodo took office to become Indonesia’s fourth democratically elected president – and the first to become elected from outside the country’s political elite – critics and supporters have already begun weighing in on the impact of his first three months at the helm.

Dubbed the ‘People’s President’ (many have lauded his ‘common touch’ during a meteoric rise that has seen him go from furniture salesman to head of state in less than ten years), ‘Jokowi’ – as he otherwise prefers to be known – set out during his inauguration in Jakarta last October to “move together” and “work, work, work” in a pledge to transform the giant south-east Asia archipelago and the lives of ordinary Indonesians within it.

Reaction to his tenure so far, however, has been unsurprisingly mixed.  In part due to the fractious and divided nature of Indonesian politics. Primarily he has won praise from economists for curbing the fuel subsidies that were weighing excessively on public finances.  The subsidy cuts – which had ballooned to take up almost a fifth of government spending – will now free up funds to improve and build much needed infrastructure.  Jokowi’s other cornerstone policy to make Indonesia a “global maritime nexus” by reviving the country’s maritime culture, economy and security (which he laid out in an address in November) has also been a big winner with the public. Even in the face of disaster following the crash of the AirAsia flight QZ8501 which was traveling from Surabaya to Singapore on December 28th, President Jokowi has gained approval, showing that characteristic ‘common touch’ after he met with the passengers’ families and instructed the speedy search for victims.

On the other hand, Jokowi’s detractors have pointed to a number of governmental appointments as his biggest criticism.  During his election campaign, Jokowi hinted that he wanted to avoid business-as-usual politics by appointing ministers with professional backgrounds instead of those from political parties. However, amongst the cabinet that was sworn in on October 27th, 14 of his 34 ministers were chosen from political parties who backed him during the presidential race. He has also faced criticism over the appointment of the country’s new attorney general, HM Prasetyo, as well as the controversial choice of General Budi Gunawan – who has previously been charged with bribery – as head of National Police.

Meanwhile, although Jokowi’s aforementioned fuel subsidy cuts have been the darling of financial commentators in recent months, the resulting fuel price hike has been understandably less well received by the general public.  The President has stood firm on his decision, reiterating the fact that additional budget funds will be spent on boosting the economy as well as improving public amenities.   Additionally, in an effort to lower the burden on consumers, Jokowi has also launched a ‘Magic Cards’ initiative, consisting of social welfare programs entitling the poor to various forms of government assistance, which has been extremely popular.

All said and done, while it is necessary to frequently scrutinize the decisions of a leader, many would agree that three months is likely too soon to give fair judgment.  In the meantime, President Jokowi will look to win  greater support as his administration begin the implementation of the National Medium Term Development Plan 2015-2019, which is the third phase of Indonesia's National Long Term Development Plan (2005-2025).

Amongst its many objectives, the 2015-2019 Plan under Jokowi will look to address Indonesia's food self-sufficiency and energy security, particularly by increasing the portion of renewable energy from 4 percent in 2010 to 6.7 percent in 2019 and enhancing installed power generation capacity. The plan also looks to achieve the ambitious goal of eradicating poverty in the country.  If Jokowi is successful in reaching such targets, setting Indonesia well on its way to becoming a middle income country by 2025, opinion of the 'People’s President’ will likely be far less divided by the end of his tenure.