Ashok P. Hinduja is the youngest of the four Hinduja brothers of Hinduja Family, who belong to one of the most influential business families in India and indeed the world. Their company, the Hinduja Group, is a global conglomerate with over 100,000 employees worldwide and now headquartered in London. Mr Hinduja heads Ashok Leyland, the flagship company of the group. Based in Chennai, India, it is among the world’s largest commercial vehicle manufacturers, and boasted revenues of $1.5 billion in 2014 alone. In addition to his business activities, Mr Hinduja dedicates his time to overseeing the company’s CSR initiatives, tackling issues in India such as HIV prevention, alcoholism rehabilitation, and healthcare advancement, all delivered with local partners in the communities. Here, he provides a unique insight into one of the world’s most fascinating countries. 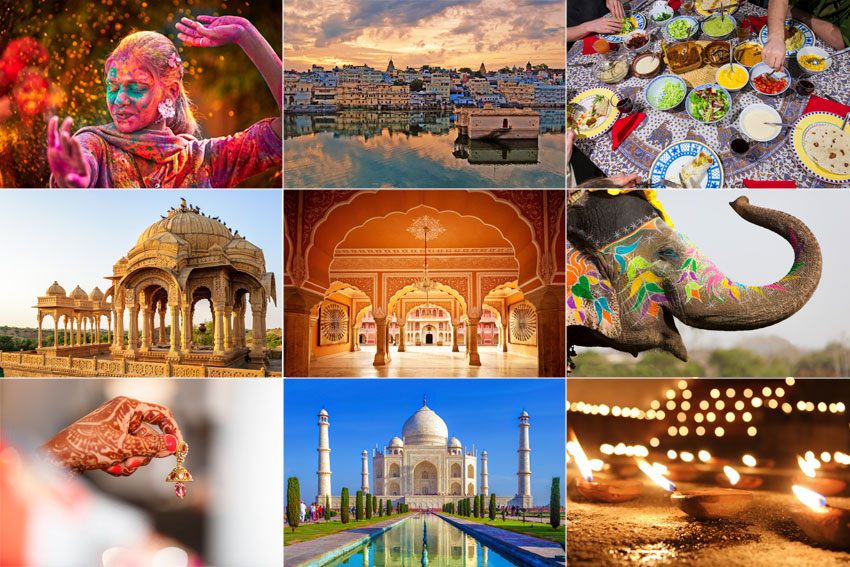 MULTICULTURAL AND RICH IN HERITAGE, INDIA REPRESENTS A MULTITUDE OF OPINIONS AND AMALGAMATION OF ASPIRATIONS IN ONE NATION
SHARE

If one were to go by the recent archaeological and historical evidences that have been unearthed, India has been the cradle to world’s oldest civilization; a civilization that dates back to more than 5,000 years. Normally, the word civilization refers to a particular period, particular stage of social and intellectual development or a particular culture of sort. The accent, in the narrative, would always be on the word ‘particular’. India is different because in the narrative of India’s civilization, the accent would be on words like ‘inclusive’, ‘amalgamation’ or ‘fusion’. Because India is many rolled into one.

In a land where every 20 miles, the dialect modifies, the dress codes vary and even food habits change, there is nothing singular that one can really put a finger on. There is no such thing as Indian cuisine but cuisines, no Indian dress but only dresses, no Indian language but languages – some dominant, some not so prevalent, yet beautifully coexisting. Reason being, plurality is feted and singularity is shunned. Indians respect their individuality yet beam with pride on the collective. Such is the real India and that is why it remains an enigma to most in the West, as the approach there is, by far, singular. The Western view sees India as contradictory, full of fault lines, but viewed through the Eastern prism, India is paradoxical.

One of the most defining aspects of any civilization or its culture is its religious ethos. The dominant religion is Hinduism, but India is a safe and secure home to the third largest Muslim population in the world, along with host of other minority religions like Buddhism, Jainism, Sikhism, Christianity and Zoroastrianism. Hinduism is in itself devoid of any particular ideology; it is a collection of ideologies. It has always had enough space for opposing views and encompassed them gracefully as possibilities; possibilities to find God. Hinduism, in that sense has been a self-contained philosophy, devoid of dogmas and therefore more a way of life. It is inclined towards spirituality more than religiosity. That is why India has always been regarded as Land of Seekers and never defined as Land of Believers. The emphasis has always been to seek and merge into the Universal Spirit and not just stop at believing in one anthropomorphic God. Perhaps that is why, down the ages, India never invaded any other country/colonized any geography. It spread, rather Hinduism and later Buddhism spread, more through their soft persuasive power and appealed to the hearts and minds of the inhabitants. Rather, whosoever invaded, India assimilated and evolved itself. India was invaded because it was rich; the “Golden Goose” as initial invaders termed it. Rich in most natural resources, blessed with benign climate, in the 15th century economists have calculated that India accounted for a whopping 21% of world’s GDP. And until the 17th century both China and India accounted for nearly 60% of world’s GDP, and India was the single largest economy in the world then. In short, it was always the land of riches till foreigners invaded and plundered it to its bones. It was the “jewel in the crown” for Britain.

Citizens always acquired wealth in real assets – i.e. gold, precious metals and land. It continues to date, as is evident from the fact that India remains one of the largest importers of gold, with approximately 1,000 metric tons finding its way to its shores year after year. The accumulated hoard of gold in private hands is incalculable. India still enjoys the highest savings ratio in the world. Citizens do not believe in living off the future income here. It has never defaulted on its sovereign debt, whether it was in 1991 when forex reserves dropped to a few days of reserves or today when it sits on $360 billion of reserves and regarded as the fastest growing economy by the World Bank.

Another peculiarity of India’s economy is the parallel cash economy that works here. In spite of huge difference in the population base of India and the U.S., only 3% of Indians pay income tax as compared to 45% in the U.S. This partly explains why the storms of recession have never managed to rock the Indian boat. Hence robustness and parallel structure are the two significant hallmarks of the Indian economy.

But it was not just economic wealth alone that was important; equally so was the wealth of knowledge. It is in the country’s DNA, since time immemorial, to gain and respect knowledge and the knowledgeable. Education has always been a priority, quality irrespective (because that is facility dependent). Hence it is quite an aware and educated society with perhaps the maximum number of graduates and post graduates, who are also English speaking. The recent study by U.S. Immigration Authorities have indicated that last year alone, the number of Indian students enrolled there had gone up by almost 30% and comprised the second largest ethnic student population after China. And this has been continuing for the past many years. With very few of them coming back, they have stayed and contributed to the American economy with their success. The Indian diaspora is today regarded as the wealthiest in the USA.

Having to suffer brutal colonization that covered the two world wars, famines that ravaged India, etc., the educational system may have suffered setbacks but the desire to educate oneself has certainly not. Post-independence, governments have felt a compelling need to create a reservation system to uplift the economically and socially deprived sections of society within our educational system. This is akin to the Affirmative Action for Blacks through the Equal Opportunity Act in the USA. With so many students desiring to come to the USA, American universities willing to open campuses here need to contend with the country’s reservation policy in education.

The third hallmark of India is the native intellect and intelligence of her people. Growing IT savviness is one such example. Today, it is the fastest growing smartphone market, home to the biggest and fastest growing users of social media like Facebook, with most important search market for Google.

Apart from education, India has shown a huge appetite for entertainment. Operating in a price-sensitive and cost-conscious society, there are service providers who are able to offer their entertainment bouquet, like cable TV, for monthly rentals that are as low as $2-5. The film industry here churns out the largest number of feature films in the world.

What India truly needs is investment and technology to channelize its rich resources – both natural and human. And that is what PM Modi is trying to work at. His direction is right but expectations are high. It is a tad unfair to expect delivery on all promised fronts in a year and a half’s time. Even in Gujarat, where he had a successful tenure of 13 years, the first three years were spent in doing the groundwork alone so that some fruits of labor could take shape.

India is a democratic system wherein opposition has to be taken into account, irrespective of its size, in parliament. The Indian media is fiercely independent. Both contribute to significantly shape public opinion. Therefore, even with an absolute parliamentary majority in one house, it takes time to move things in India because India is a multitude – a multitude of opinions and amalgamation of aspirations.