Improving the States of business

Article - December 3, 2013
Parallel to the USA, Mexico is a sizeable and significant federation. Likewise, each of its states has its own constitution, congress and judiciary, with citizens electing a new governor every six years. Due to the resulting regulatory diversity across the vast landscape of Mexico, wherever you go, local practices that affect the business climate differ dramatically 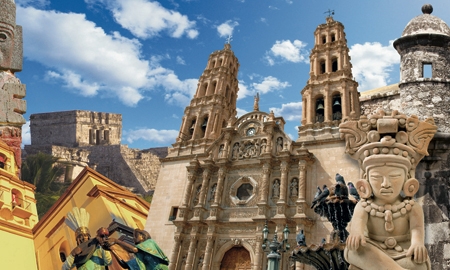 Despite this, the non-state and sole Federal District of Mexico City has traditionally represented the whole of the nation in the World Bank’s renowned annual Doing Business report, which compares 189 economies worldwide.
However, in an effort to broaden the report’s rather concentrated findings by further examining Mexico’s varied regulation throughout all of its different regions; in 2005 the office of the President requested a study that would go beyond just that of the capital city.
Since then, four separate reports have been published comparing the different measures in the 31 states of Mexico – as well as Mexico City – by tracking changes in regulations and ranking their performance for ease of doing business.
Most recently, the latest sub-national Doing Business in Mexico 2012 report actually found that each of the regions (32 in total) had all made reforms to their local laws since 2011 in order to make it easier to do business. Furthermore, 18 states made reforms in two business indicators —mostly in starting a business and registering property— and six states implemented reforms in three indicators, including dealing with construction permits or enforcing contracts.
Such great progress all over the country is a direct consequence of the Federal Commission for Regulatory Improvement (COFEMER, Comisión Federal de Mejora Regulatoria), an organization that has actively participated in the process of regulatory improvement.
Today, the vast majority of the states have a Regulatory Improvement Law while a number of others have legal frameworks for economic promotion.
With ever increasing efforts like these, it is clear that the Governors of Mexico’s states have been working hard over recent years to improve the business climate of their different jurisdictions in order to attract greater investment to the local economy.
Much like the diverse sets of regulations that exist from state to state, such is the sheer size of Mexico, each province can be seen as almost uniquely distinct.
From its rugged mountains to its low coastal plains, and its plateaus highlands to the barren sand dunes, Mexico’s climate changes radically from tropical forest to barren desert with bustling cities and traditional towns everywhere and in between. Indeed the country’s ‘mega-biodiversity’ and its varying but bountiful natural and human resources means that no matter what part of Mexico you find yourself in, there are always numerous enterprise opportunities.
In the following articles, United World looks at six of Mexico’s most promising regions, while each of their respective governors talk about what they believe makes their own state great