Prominent Filipinas and business leaders are helping to promote the role of women, and in particular those working overseas, in building the economy back home 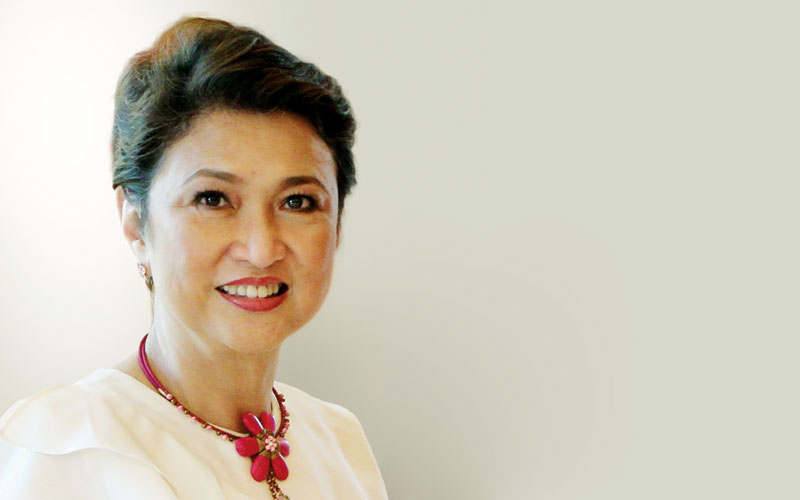 “WE ARE TRYING TO CHANNEL [THE DIASPORA’S] REMITTANCES INTO INVESTMENT AND BUSINESS“ IMELDA M. NICOLAS, CHAIRPERSON OF THE COMMISSION ON FILIPINOS OVERSEAS (CFO)
SHARE

The Philippines has always counted a highly skilled workforce among its greatest strengths, with women playing a vital role. Filipino workers are among the most sought after in the world, earning a reputation for high performance in increasingly essential jobs in healthcare, IT, telecommunications and engineering.

Taking a look at Filipino workers in the United States provides an overview of this important national asset. As a group, immigrants from the Philippines have stronger English language skills and higher levels of education, particularly in science-related and technical fields. Thanks in part to these skills, Filipino households in the United States earn a median income of $74,000, or $24,000 above the median for all U.S. households, while nearly one-fifth of Filipino households place in the top 10% of U.S. household incomes, according to data from the Migration Policy Institute. Women have in large part enabled this success.

As a group they account for 64% of all Filipino immigrants living in the U.S.

One way the Philippines is helping overseas workers like these contribute to the home economy is by pairing them up with local business leaders. “One of our major programs is Diaspora for Development, or D2D,” says Imelda M. Nicolas, Chairperson of the Commission on Filipinos Overseas (CFO). “Currently, the diaspora remits money, but the use of those funds are consumption driven, that is going towards food, education and health. These are good by themselves but there is very little multiplier effect. So we are trying to channel those remittances into investment and business.”

Together, the CFO and prominent Filipino business leaders Cynthia Villar, Senator and co-founder of the Villar Foundation, Doris Magsaysay-Ho, Chief Executive Officer of the Magsaysay Group of Companies, and Teresita Sy-Coson, Vice-Chairperson of SM Investments Corp. (SMIC), are helping to promote the role of women, and in particular overseas women workers, in building the economy back home.