Unlocking the potential of Katsina State

Article - February 21, 2013
The Nigerian state has given much attention to its education sector, and according to its governor, now needs outside investors to help it take full advantage of its agriculture and mining industries. 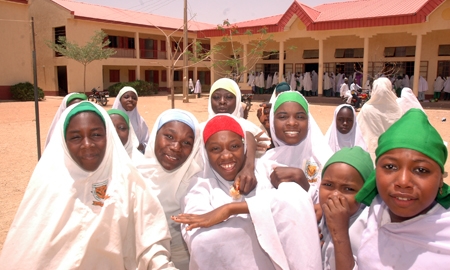 Since Dr Ibrahim Shehu Shema became governor of Katsina State in northern Nigeria in 2007, his priorities and policies have focused on unearthing its potential – that is the potential of its land and, more importantly, of its people.
Top of his priority list has been education. He introduced free primary and secondary education upon taking office in 2007. This, the law graduate and former attorney of justice states, has been his greatest achievement.  To date, over N400bn has been invested in educational development. “Education is the foundation of development,” he says. “Our approach to education is holistic; we touch and improve all aspects.”
Under this holistic approach, much work has been done to build new infrastructure, to enhance teaching in science through purchasing of new equipment, to improve teacher training and to give teachers a better quality of life, and to provide those wishing to enter third level with access to scholarships and the opportunities to further develop their studies abroad. The proof of the success of his reforms is on paper; free and universal education has meant that student enrollment has increased dramatically in primary and secondary tiers.
Second on the priority list was agriculture, the primary sector for the state and the source of income for 70% of the workforce. Under Governor Shema’s leadership, the agriculture sector, like education, has been transformed through progressive reform and development policies. Thanks to these policies, the advancement of irrigation farming has led to around 11,000 hectares of land being cultivated, and the objective is to harness up to 20,000 hectares of irrigable land by 2015.
There is still much room for improvement and it is an area where investment and knowhow from abroad could be utilised. “We hope we can establish some partnerships with the UK and other European nations. If we get people to work with us, we could improve production. There is huge potential in Katsina.” Untapped potential lies in areas such as dairy, production of leather, and fruit and wildflower cultivation.
Unearthing the opportunities which lay in Katsina’s mineral resources is also another attractive area for investment according to Governor Shema. The state is rich in gold, kaolin and asbestos resources, to name but a few.  “We see great potential in mining, but everything depends on alluring the right caliber of investors.”
And in an effort to allure foreign investors, he assures that constructive programmes for interested investors, such as tax breaks and tax holidays, have been established, as well as opportunities to initiate public-private partnerships with those interested in helping his government achieve its goals. “We are willing and hungry for partnership,” he adds.
Partnership will be the key to Katsina’s development, whether it is in agriculture, mining or constructing the much-needed power infrastructure to drive its growth. “Katsina is ready,” states the governor. “We are willing and open, and we expect to have a number of sizeable industries coming in the next couple of years.”