High-quality housing for a growing population 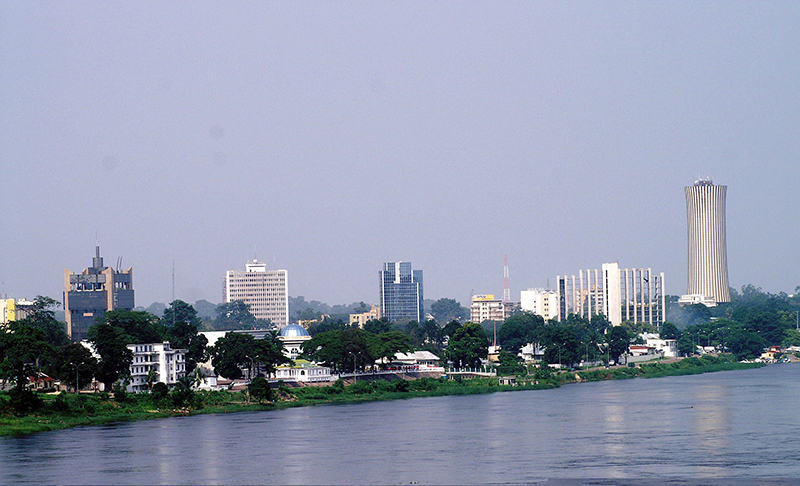 The Republic of the Congo was granted its official independence from France in 1960 and since then the country has experienced rapid growth, with a population that now stands at around 4.6 million people. Constructing accommodation and improving living standards has been a key policy for President Denis Sassou Nguesso.

In Pointe-Noire, a former fishing village that has become the second largest city and the economic center of the Republic of the Congo, the population is projected to reach 1.05 million by the end of 2015, according to the National Center of Statistics and Economic Studies of Congo (CNEES). While the majority of the population can enjoy connectivity on cell phones and are considered literate, potable water and sanitation access can still be difficult to find, especially in urban situations where approximately 85% of the population lives with limited access. Additionally, the country’s capital city of Brazzaville is attempting to deal with economic disparity and sanitation difficulties, according to the World Bank.

In an attempt to deal with these concerns arising from urban overpopulation, the country’s government has formulated a strategy for a residential complex called ROC-BIME. It is located in Brazzaville, and is just one of several massive projects organized and financed by Maisons Sans Frontieres (MSF Congo), which translates into Houses Without Borders. According to Roger Roc, Managing Director of MSF, President Sassou Nguesso encouraged the populace to rebuild their homes with various economic aid.

Much property was destroyed during the armed conflict in 1997 and 1998; the lack of certain resources and utilities prompted the creation of MSF to help with reconstruction. Each of the three housing complexes contains what Mr. Roc calls “solutions.”

ROC-BIME is slightly unusual, because due to the complex terrain, the design plans had to accommodate both the primary and secondary routes people would take to reach the business sector of the complex or downtown Brazzaville, resulting in curved roads. The housing residence is located in a northern suburb called Mount Barnier, 15 minutes from the city center.

The first construction project for the complex was the Antonetti traffic circle, designed to handle an increase in traffic flow and ameliorate transportation concerns. The roundabout also serves as a primary entrance and exit, complete with water and sewage drainage systems.

The blueprints for ROC-BIME include 1,200 buildings that stretch across a 370-acre site. Residents will be able to choose from six types of homes, ranging in size from 500 square feet to 570 square feet, while enjoying access to a business area, equipped with schools, restaurants, hospitals and libraries.

Similarly designed is the Caribbean Residences project in Kounda, a village located 10 minutes from Pointe-Noire. This complex will have 3,000 homes across 1,500 acres, with views of both the bay and the port. Kounda will become an urban extension of downtown Pointe-Noire, with plans for completion in 2020.

According to Mr. Roc, the project would not have been financially feasible without a contract agreed with BGFI Asset Management. “This project represent not only new housing, but also a new village by the seaside, which adds real value to the community,” he adds.

Another Pointe-Noire project known as the Tchikobo Basin Lot was the result of draining a state-owned lagoon, replacing the land and stabilizing it with assistance from the government and the Pointe-Noire port authority. Once the land was cleared for construction, there were two aspects to the project: 300 downtown homes were created as a response to international business and Congolese branch needs, while 16 high-rise buildings were set aside for hotels, apartments and banks.

The fourth and smallest housing project, DNS Residences, will be built in the city of Oyo, in the northern part of the Republic of the Congo, almost 400 kilometers away from Brazzaville. The entire complex will have 300 homes, situated on a 74-acre lot of land and as with the other two complexes, there will be a commercial and residential division, with a centrally located communal green space and a roundabout.

MSF Congo has also focused on the commonality of ecological and environmental sustainability while planning and constructing each development. The utilities, water and electricity supplies can all be found in the respective business centers, ensuring stable usage within the complex, while the communal areas also have pedestrian areas and communal parks. For ROC-BIME, there is a special African touch: a zoo to ensure ecological preservation, a feat made even more remarkable considering that it houses nearly 3,000 plant species found in the Congo Basin, while endangered mammal species include forest elephants and western lowland gorillas.

While he is optimistic about improvements, Mr. Roc is also concerned about continuous expansion and admits there is a demand for more lodging. Current 20-year plans are being overshadowed due to the rapid increases in the size of the economy and demographics and further investment is needed. The emerging social class has increasing needs that must be addressed and the government is facing considerable pressure to create economic organizations that can adequately handle investment opportunities.

The government and MSF have continued to support each other, specifically regarding economic projects that benefit Congolese society. A concern voiced by the Minister of Special Economic Zones, Alain Akouala, led to MSF creating specified industrial zones, to avoid unplanned urbanization and sprawl. As such, the business areas of each complex will have up to 16 larger buildings, with eight floors, designed to house petroleum offices, banks and other international companies.

International cooperation has also been agreed upon, and MSF – a French holding company – imports 95% of its supplies while other forms of partnership include discussing renewable energy, such as solar, in the U.S.

For Mr. Roc, these complexes are necessary for future growth. While the Republic of the Congo has been highly supportive of globalization with laws supporting state-owned property, there are many other legislative aspects currently being considered. For the MSF, the goal is to create employment and generate resources through technical knowledge or competency training.

“Ultimately, Congo is a large construction site,” Mr. Roc says. “Our work is focused on constructing these lodgings throughout the entire country.”

He believes that without them, the improvement of the republic would not be possible and says they provide not only a guarantee of high quality housing but also a promise that development will be felt across all areas of the economy.