Article - October 24, 2011
Cameroon needs to exploit the varied climatic conditions which give the country a huge advantage in farming 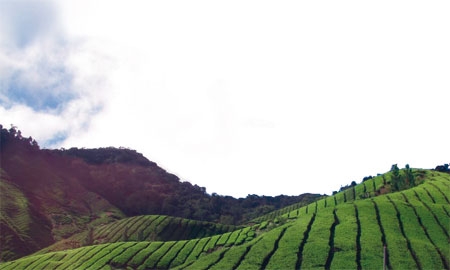 Cameroon is blessed agriculturally: it is among Africa’s leaders in generating coffee, cocoa, cotton, rubber, bananas, oilseed, grains, root starches, livestock, and timber. In a country where 70% of the country’s labour force works in agriculture, advances in the sector are vital for the nation’s development as a whole.

Cameroon is continuing to make agriculture one of its main priorities, with President Paul Biya initiating projects to boost its farm output and increase development, helping to make Cameroon the “breadbasket of Africa.”

For example, the government is backing a tractor assembly plant, an agricultural bank, and a factory to produce fertilizers and create farms.

The factories will provide seeds to growers, and the new tractors will allow for more rapid production. The creation of the agricultural bank, specialising in the provision of loans for farming activities, will also help increase output. The Cameroon Seed Trade Association (ACOSEC) has long pushed for the creation of such a bank to ease the cost of living for farmers and rural dwellers in Cameroon.

“The government is encouraging us by announcing the creation of an agricultural bank to help us promote small hold famers,” says Henry Njalla Quang, General Manager of the Cameroon Agro Industrial Company, or Cameroon Development Company (CDC), the second largest employer after the state. “We need to invest in rural areas, and ensure they have their own facilities, as our cities are getting very crowded.”

Additionally, other projects aimed at rehabilitating rural infrastructure such as roads and irrigation are underway. These developments should facilitate investment in Cameroon. and allow for strengthened economic partnerships, while the government is actively supporting investment projects related to production, marketing, and processing.

“If we take a look at the country geographically, it is small compared to say, Nigeria, Angola and the Congo. We have the advantage of diversity of climates from the coasts to the deserts. In between we have vegetation, which permits a lot of agricultural activity,” says Mr. Quang. “First of all we must take advantage of this potential and come up with a plan of how to manage it. In my opinion we need to take a close look at the agricultural map of the country, the possibilities and hook it up with other stakeholders.”

A large percentage of the country’s arable land is not yet cultivated, presenting a further opportunity to advance the agricultural sector. However, the issue of land use has become increasingly problematic, as the amount of usable terrain is decreasing. Cooperation among many major Cameroonian sectors is required in order to move forward.

“Animal husbandry and agricultural crops do not complement each other, as husbandry requires a lot of land for grazing. We could establish corn farms and have food for the cattle and strike a balance. It is important that all these elements are put together for a good development plan,” says Mr. Quang.

While a number of projects are already being implemented, the real success of this sector-wide development plan depends on cooperation between the government, companies such as CDC, and local farmers.

“Our first priority is to encourage local farmers, because these people are landowners who farm and live by agriculture. We want to encourage them to grow crops, be more productive, and guarantee that we will buy all their crops,” says Mr. Quang. “The small holders scheme is working well and we are paying them, and giving free technical advice, while they have quality control. But in order for their crop to meet our crop quality standards, we must help them.”

This effort will be a learning process for all involved, aimed at adjusting the sector in a changing economic environment, so the nation can learn how better to support itself.

“I believe that learning is a process which ends when life ends,” says Mr. Quang.

“The world is changing every day, so we must keep up with times, and manage change.”