Return on Investment in Africa’s infrastructure will far outweigh costs

With poor infrastructure in Africa accounting for a two-percent loss in total GDP each year, there is now a concerted effort to get the continent’s transport networks up to speed. 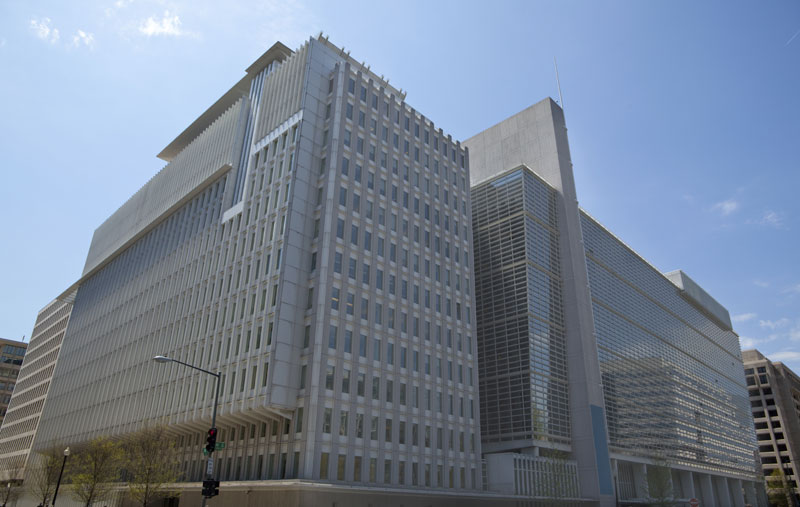 Infrastructure development is a top priority for African administrations: the need to facilitate trade links and create employment governs the policies of individual nations within the context of regional coordination to improve competitiveness and foster growth.

Nowhere is this truer than in East Africa, where investment has been on the rise in recent years in roads, railways, ports and natural resources projects to bring prosperity and access to reliable water supplies, universal healthcare and a modern, integrated transport network to millions of people. Roads in particular are something taken for granted in the developed world but only one in three residents of rural areas in Africa can count on all-season highways.

The African Union’s New Partnership for Africa’s Development (NEPAD) Planning and Coordinating Agency drew up a roadmap to attract investment in key areas identified for development. The agency’s blueprint envisages the construction of 37,200 km of new railway lines, 37,200 km of highways and 16,500 km of power lines by 2040, providing international partners with abundant opportunities to join the African boom. Hydro-power is also a driving force for socio-economic regeneration, while port expansions and new facilities are required to realize East Africa’s trade potential. In all, the NEPAD strategy calls for some $360 billion in investment over the next 25 years, providing the private sector with a golden opportunity to tap into the most ambitious large-scale development project on the continent: Private equity investments into Africa rose by 136% in 2013, largely in the power generation and infrastructure sectors.

The African Development Bank (AfDB) and the World Economic Forum have joined forces with the African Union Commission (AUC) and NEPAD to lend fresh impetus to the rolling out of critical infrastructure projects via the Program for Infrastructure Development in Africa, which lays out a series of undertakings designed to fast-track the construction of transport networks.

Key to the region’s desire and capacity to make the most of its competitive advantages are the economic arteries of the East African Central and Northern Corridors, where much of the initiatives will be focused.

“Besides constraining economic activity in Tanzania and reducing the competitiveness of the country’s tradable sectors, poor infrastructure on the East African Central Corridor creates delays and high costs for transport of goods between Tanzania and its landlocked neighbors Rwanda, Burundi, and Uganda, as well as the Democratic Republic of Congo (DRC),” said Henry des Longchamps of the World Bank, which has earmarked $300 million through its International Development Association (IDA) to provide much-needed improvements to the country’s rail network. “The project will help improve a critical link in the regional rail network that is necessary for both competitiveness and improved regional and global economic integration.”

The IMF and the World Bank estimate that the lack of adequate infrastructure in Africa represents a two-percent loss of overall GDP each year. Therefore, the efforts of African governments to drum up foreign direct investment are an intrinsic part of national and regional expansion. The World Bank’s International Finance Corporation’s contribution to infrastructure and natural resources project financing exceeded $1 billion for the first time in 2012 and private sector involvement continues to rise: at the inaugural West Africa Investment Forum In Dubai in September, African countries received commitments from Gulf-based firms totaling $19 billion to be invested in roads, railways and airports in the eight member countries of the West African Economic & Monetary Union.

Meanwhile, the setting up of the Africa Investment Infrastructure Fund 2 – a joint private equity venture under the auspice of the World Bank’s International Finance Corporation – was designed to raise between $600 million and $1 billion for or investment in infrastructure and natural resources projects in Africa including ports –which are vital to trade for landlocked countries – airports and roads.

The fund, known as AIIF2, was created by African Infrastructure Investment Managers Proprietary, a joint venture between Macquarie Africa, part of the Macquarie Group, and the Old Mutual Investment Group, which will act as advisor to the fund in investment opportunities.

“AIIF 2 is a vital addition to the pool of specialized African infrastructure equity capital,” said Andrew Johnstone, Managing Director of African Infrastructure Investment Managers. “It will facilitate the development and sustainable operation of a number of infrastructure projects, which are critical to accelerating Africa’s development.”

The World Bank estimates that per capita economic growth in African nations would rise by between two and three percentage points if the level of infrastructure development reached matched that of other developing countries. In terms of power generation, the shortfalls are also a matter to be addressed with urgency as the impact on productivity cannot be overstated. The 8th Annual Powering Africa: Finance Options Meeting, to be held in Cape Town in October, will seek to tap into investment to tackle the disparity between supply and demand.

Specifically in East Africa, investment in development projects has been vast and sustained in recent years, reflecting the increased confidence of international firms in the region. In Ghana more than $3 billion has poured in to support projects at the Akyem gold mine, developments in gas supply and distribution, improvements in sewage and draining in the capital, Accra, the expansion of capacity at the Tacoradi power plant and the inauguration of a 600-bed teaching hospital at the University of Ghana. The government of John Dramani Mahama has enacted a Public-Private Partnership bill to drum up private sector backing for major infrastructure projects on roads and ports and the creation of a new national flag carrier, “essential steps” towards sustainable growth, according to a recent IMF assessment.

In Uganda, the World Bank is currently involved in 14 active projects with a total investment of $1.43 billion centered on agriculture, health, and trade and transport. . The Lake Albert Infrastructure Project is a broad-based power supply undertaking that aims to bring electricity and clean water supplies to rural communities in the Hoima and Buliisa districts and scheduled to start in 2015. Funded by private infrastructure development company EleQtra and supported by the Ministry of Finance, the project is slated for completion in 2018.

The World Bank is also active in Togo under its Emergency Infrastructure Rehabilitation and Energy Program, which is designed to increase the efficiency of infrastructure and services, while the International Development Agency is working to help Rwanda to overhaul its urban infrastructure and improve transport links with the aid of a $20 billion grant from the World Bank.