“Beauty has an address” and it’s Oman

Despite its stunning landscapes and rich culture, Oman is only just now becoming a tourism hotspot in the Middle East. 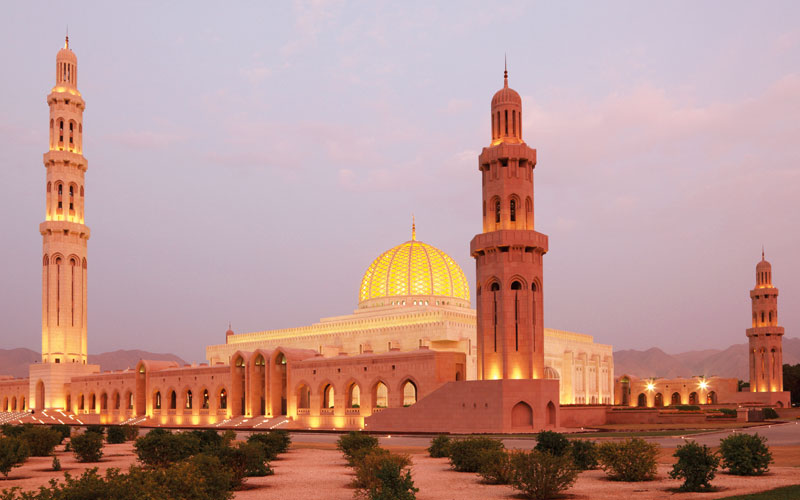 With a population that hovers around 4 million, Oman welcomed 2.2 million tourists in 2013, which was 9.8% higher than the previous year. This growth is thanks in part to a successful marketing campaign from the Ministry of Tourism, as well as the increasing number of upscale hotels to accommodate foreign guests.

One of the most impressive facilities is Al Bustan Palace, a Ritz Carlton hotel since 2011. The 26-year-old resort with a rich history for entertaining royalty and heads of state was originally built to host the Gulf Cooperation Council (GCC) Summit in 1985, and at the time “set the standard for the region,” according to the hotel’s General Manager, Bernard Viola.

Al Bustan Palace is set against a dramatic mountain backdrop, and offers 200 acres of lush green gardens and a private beach, one kilometer long, overlooking the Gulf of Oman.

In 2015, one of Oman’s most stunning property developments, The Wave, Muscat, will open two new hotels: Kempinski The Wave and Village Plaza Hotel.

The Wave, Muscat is a large freehold title waterfront destination with a sizable residential component. But CEO Hawazen Esber says this “is only 40% of the story”. The Wave, Muscat will also serve as a new hub for tourism, leisure, entertainment, education, business and culture.

“My focus is on bridging these different components with the residential to create a vibrant waterfront community,” Mr. Esber says.

While many similar building projects were put on hold or scrapped entirely in light of the 2008 financial crisis, Mr. Esber says, “Investors and stakeholders of The Wave, Muscat charted their own path and invested heavily in delivering the core public assets such as the golf course, marina and breakwater, which provided the confidence for residential investors to return quickly because of the reliability of the developer to deliver.” As of now, The Wave, Muscat is on schedule to be completed in the next five years.

The parts that have been completed are already making waves in Middle Eastern tourism. Just two years old, the golf course has already been awarded the Gold Award for “Best Golf Course in the Region” at the MENA Travel Awards, and it is home to the annual National Bank of Oman PGA Challenge Tour Golf Classic. The marina at The Wave, Muscat is the first in the region to be internationally recognized for its cleanliness and for its healthy marine life. Its location makes it a prime stopover hub to the Mediterranean; as such it didn’t take long to start attracting yachts.

While the sultanate of Oman maintains its own distinct culture, with no intention of becoming the next Dubai, its proximity to the United Arab Emirates has certainly been helpful in developing Oman’s budding tourism industry. Mr. Esber says, “Dubai’s growth as a world-class tourism city has had a major positive impact on how tourists view and understand the Middle East region.”

Moreover, Oman, Dubai and Qatar have an agreement whereby visitors can travel among the three states with the same visa. This, coupled with the special 48-hour stopover sightseeing packages that the Omani Ministry of Tourism began promoting in 2012, have helped turned this must-see destination into a viable option for tourists hailing from as far away as Australia and the U.S.

“Building our branding awareness, this is the major task at hand,” highlights Maitha Al Mahrouqi, Undersecretary of Tourism. “We have an international brand and our motto is ‘Beauty has an address’.”
She adds that Oman’s beauty is a mighty natural resource that, once the Omani population fully comes to understand its importance, can help bolster the national economy and in a highly sustainable way.