Guyana’s President David Granger has made it his mission to set out a green development strategy for the ‘land of many waters’ and make it a global example of a green economy. 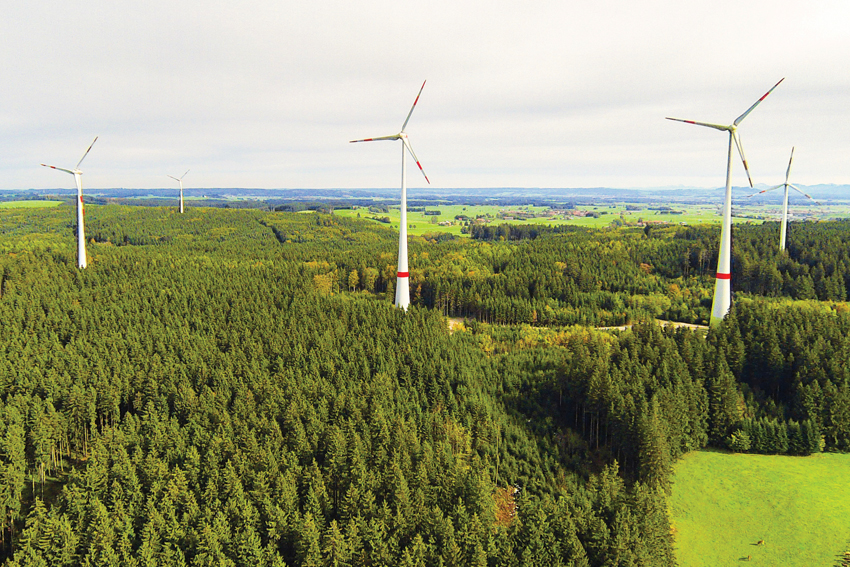 In his opening speech at GuyExpo 2016, Guyana’s President made it crystal clear that his government’s focus is on securing Guyana’s position as a world leader in the global push for widespread, sustainable development with environmental protection. “Guyana must move on to a green wave. Green jobs are the next wave of job creation,” he told the multitude of business attending the expo, promising incentives for private sector entities choosing to go green.

He also pointed out that as “a green economy is necessary to ensure the sustainable management of our natural resources,” his administration is going to invest heavily in renewable sources of power generation over the next five years, including in wind, solar, biomass and hydro energy projects.

“The Government of Guyana must lead the way forward in transitioning towards greater renewable energy use…every hospital every school…must convert to using green energy,” he stated, adding that the use of energy-saving devices will be encouraged to promote energy conservation.

“We have lots of rivers, making it possible for us to advance the agenda of clean energy through hydropower development,” Finance Minister Winston Jordan told The Worldfolio. “We are concentrating on small to medium hydro facilities that target specific communities. We are also looking at developing solar farms as well as other forms of clean energy such as energy, wind, and bagasse (–a byproduct of sugar production.)”

Known as the ‘land of many waters’, Guyana has good reason to want to protect its natural wealth. Vast swathes of pristine rainforests still cover more than 85% of its territory, particularly in the lush, pristine hinterlands. Its soils are steeped in minerals such as bauxite, gold and diamonds, among others. Therefore a sustainable model of resource exploitation and extraction is vital if it is to balance its economic progress with its natural assets so that they will also be available to future generations.

At GuyExpo, the President committed to placing another 2 million hectares of land under conservation and made it clear that every administrative region in Guyana must have its own protected area, whether it be wetlands or Savannahs. “We want to protect our flora and fauna so that our grandchildren can see the good things we inherited from our grandparents,” Mr Granger asserted. He also pledged to create a comprehensive coastal zone management plan – more than 80% of the country’s 750,000 population has settled along its northern coastline, so areas of human habitation, coastal economic sectors and coastal ecosystems all need to be sensitively handled.

The country has long been commended for its efforts towards CO2 emission reduction and efforts to mitigate the effects of climate change. Its Low Carbon Development Strategy (LCDS), introduced by environmentalist and former president Bharat Jagdeo in 2009, targeted a significant reduction in the greenhouse gases resulting from deforestation, which climate scientists say account for around 20% of total emissions. It set a much tighter regulatory framework for the mining and forestry sectors and established the Multi-Stakeholder Steering Committee (MSSC), representing government, forestry, and mining interests, as well as international NGOs, academic, youth, women, private sector and civil society organizations.

Guyana was also the first country in the world to set up a fully functioning nationwide MRV (measurement, reporting and verification) system – an independently verified ‘bookkeeping’ system for forest cover and carbon. This qualified Guyana to become the first country in the world to receive funding from Norway’s pioneering REDD+ (Reducing Emissions from Deforestation and Degradation) agreement that financially compensated countries such as Guyana, Brazil and Indonesia for “avoided deforestation” between 2009 and 2015.

Guyana’s green crusade continues, and the government is calling for everyone to be a part of it. Speaking to The Worldfolio, the President commented: “We want to work with NGOs, miners, Regional Democratic Councils, and private citizens to make sure this revolution does not falter, so we can show the world what we mean by a green economy.”