Article - March 8, 2013
Kuwaitis frequently boast that their country leads the region in democratic credentials and at first glance, at least, they are right 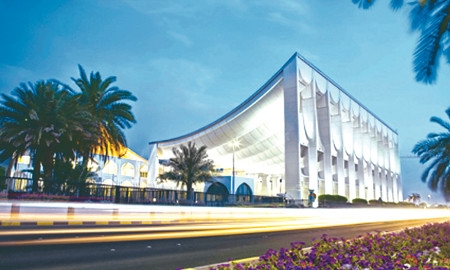 Kuwait was the first Gulf Arab nation to have an elected parliament, or National Assembly, and women have the vote and enjoy full political rights, including the chance to run for parliament.
And debate on the issues of the day in the legislature and in the Kuwaiti press, considered to be the freest in the region, is often heated.
However, parliament is weak with its role, limited largely to grilling cabinet members and holding up decisions handed down by the government.
In addition, and most importantly, the National Assembly, whose 50 members run for office as independents because political parties are forbidden, does not have the power to initiate legislation.
This has led to stagnation in the political process and calls by politicians and the Kuwaiti people for constitutional changes aimed at trimming the role of the ruling family in running affairs of state, lifting the ban on political parties and taking steps towards a directly-elected government.
Late last year, early legislative elections were called after an earlier round of voting was declared invalid. But turnout was a scant 40%, the lowest in Kuwaiti history, due to a boycott called by the opposition.
In the vote, the country’s Shi’a minority won more than a third of the seats for the first time, Islamist candidates suffered major losses, and three women were elected.
The situation has alarmed many Kuwaitis, with Muhammad M. Saleh, the General Manager of the Kuwait Industries Union, pointing out that the political bickering is doing the country no good.
“There is political confrontation between the government and the parliament and it is affecting the whole country. The government is responsible for changing laws so that the country can move on but it is spending its time clashing instead and the rest of the country is paying the price,” he claims.
Despite the turmoil, some influential Kuwaitis see the country’s troubled political process as mere growing pains in what they argue is still a nascent democracy.
“It is traditional to have a young democracy pass through the maturation stage,” says Dr. Adel A. Al-Wugayan, Secretary General of the Supreme Council for Planning and Development.
In their progress towards democracy, the United States, Britain and France all had setbacks, he points out, until they learned from experience and channeled their efforts towards improving the democratic process.
“We are right now a very young democracy in the Arab world. I do not see a more liberal press, more democratic vitality and public participation than in Kuwait,” Dr. Al-Wugayan adds.
Although there have been anti-government protests in the street and strikes by government employees, political analysts emphasize that Kuwait is stable and has avoided the excesses and violence of the Arab Spring which has swept through much of the rest of the region.
“We are optimistic,” says Mr. Saleh. “This could be a new page opening after the election.”