A new logistics supply center for electrical materials and a floating electrical power plant feature among the new enterprises getting involved in a changing electricity sector, with studies into the viability of solar and hydro power opening further opportuntities for businesses 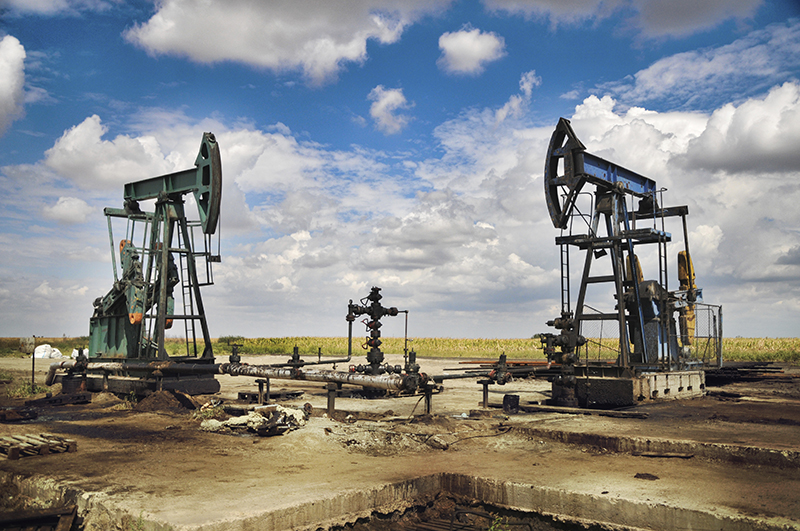 The government’s Horizon 2020 plan has done a great deal to propel Equatorial Guinea toward its goals, however work still remains to be done for the country to completely fulfill its potential. As the government has declared that the process of providing reliable national access to electricity is one of Horizon 2020’s principal strategies, Segesa, the national electricity company based in Malabo, proudly occupies a central role in the development plan.

Segesa was formed in 2001 as a result of a merger between Energe, Equatorial Guinea’s former national electric company, and its rural counterpart Soner. The union resulted in the electricity sector’s restructuring, but another shake-up was necessary a few years ago to reduce inefficiencies and to improve service.

Due to the stabilization of Segesa’s operations, three distinct organizations were created: Segesa Generation, which is in charge of the everyday functioning of the country’s electrical power plants; Segesa Transmission, which is responsible for the state of the transmission networks, transformers, and other such infrastructure; and Segesa Commercial, which oversees the flow of electricity to the end-consumer.

All three units of Segesa maintain the same general supervision and coordination by a central authority. Currently, approximately 70% of the utility is owned by the state, and the remaining 30% is held by a group of private investors. Segesa serves as the operator, rather than a constructor, in the electricity sector.

Two independent grids take care of electricity distribution. One connects the mainland’s major population centers, and the other is on Bioko Island, which serves the capital Malabo and also Luba, an oil-export terminal and the second-largest city in the country.

At any given time, the company may be developing 20 or more electrical energy projects in the areas of production, transport, distribution, and commercialization.

Estimates for the amount of money invested into these projects hover around $2 billion, but the likely return on that investment cannot be calculated: the country can now meet its increasing demand for power, and in fact is capable of producing more electricity than it consumes – a situation that it is working hard to cultivate and perpetuate.

Segesa has been able to reach this enviable situation via the many projects it has undertaken in the last decade or so.

A hydroelectric power plant at Djibloho with 120MW capacity; a transmission and conversion line at Djibloho; a 60kV transmission network in the city of Malabo; expansion of a turbo-gas power plant to 126MW; a 33kv line at Pico Basile (the highest mountain on the island of Bioko); electricity in the new city of Sipopo completed in 2011; and the remodeling of electric facilities in Ebibeyin and Mongomo (both cities in the far eastern part of the country) have all contributed to the success in electricity that Segesa and the people of Equatorial Guinea enjoy today.

Toward the end of 2014 Segesa signed an agreement with ASPI Group Equatorial Guinea, a subsidiary of the Bulgarian company ASPI Green Energy Limited, to create a new logistics and supplies center located in the new Industrial City of Mbini (CIM), called Segesa CIM.

The joint venture will supply materials of tested and certified quality, produced by leading manufacturers in the electricity industry.

The Minister of Mines, Industry and Energy, Gabriel Mbaga Obiang Lima, says about the agreement: “Segesa Holding, in its process of industrialization put forth by the government of the Republic of Equatorial Guinea, has seen the opportunity to make a decisive boost to the energy sector by diversifying its production and commercial activities.”

In fact, Segesa, along with the Ministry of Mines, Industry and Energy, has adopted diversification and sustainability as its focus. One key target is to retire 90% of the nation’s oil-powered electricity plants by the year 2020 – a goal that points to the seriousness with which Equatorial Guinea regards sustainability.

As such, the country is looking at other means of generating electricity to replace the oil-powered plants that will be retired. For example, Segesa will be involved with studies that have been ordered by the government that will focus on the viability of solar and wind power installations on the island of Corisco, which has no significant hydropower resources, and Annobon, whose population is around 21,000.

On November 28, 2014, shortly after the Africa-Turkey Summit that took place in Malabo, the Ministry of Mines, Industry and Energy signed an agreement with the Turkish company Karadeniz Holding for the provision of a 120MW powership – an innovative floating electrical power plant that consumes gas to generate electricity. The move further highlights the Guinean government’s resolve to tap every aspect of the country’s power-generation potential.

Hydropower is another way Equatorial Guinea plans to gain an edge over its regional neighbors. “The production of a megawatt or kilowatt by a hydroelectric power plant costs less than one produced by a gas or thermal plant, which would see an adjustment in consumer prices for electricity,” says Marcelino Sima Mba, Segesa’s General Director.

“We also intend to set the price per kilowatt for energy produced by solar panels and the solar industry.”

The ultimate goal is selling electricity at the lowest prices in the region. Through price stabilization, ample electricity supply, and excellent infrastructure, Segesa and the nation aim to attract foreign investors to set up companies in the country, to partner with its citizens, and to create a mutually beneficial relationship between the foreign investors and the people of Equatorial Guinea.

“The message that I would give to potential investors is: don’t be afraid. Fear causes delays. Instead, inform yourselves: what is Equatorial Guinea, where is it, what potential does it have, and which advantages does Equatorial Guinea offer to investors?” Mr. Sima Mba advises. “With respect to foreign investors, I have to say that Africa is not always shown in the best light by the media. People do not know how we actually live here.”

The ability to potentially become an energy exporter is part of change in image the general director would like to see in international impressions of his country.

“My dream is for Equatorial Guinea to be like Ghana, like the power plant at Aksombo [dam] that sells energy to Nigeria, to Lomé [in Togo], to Benin and to Burkina Faso. I want Equatorial Guinea, in the future, to be able to export energy to Cameroon, Gabon, Nigeria, and Angola, via an underground maritime network. This is Equatorial Guinea’s potential, and our idea is for Segesa to be the economic engine of the post-oil era,” Mr. Sima Mba explains.

“In fact, Cameroon and Gabon have sought electricity provision from us. We believe that energy must be the post-oil source of wealth. And Segesa will play an important role in this.”

President Teodoro Obiang Nguema Mbasogo has expressed similar sentiments: “I believe that the vision of Africa, today, is that we have to transform the continent and end the idea that Africa is the poorest continent in the world. This is what we have to do.”

With the government’s Horizon 2020 plan and the efforts of entities such as Segesa, Equatorial Guinea is well on its way to making that vision a reality.