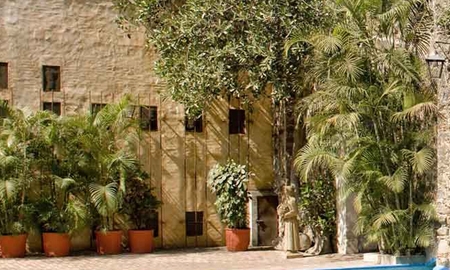 The State of Morelos’ subtropical climate has made it an agricultural powerhouse in Mexico. But since the 1980s, there has been a shift from agriculture to industry and commerce. It is also popular with tourists – particularly domestic tourists. Now industry, construction and mining account for around a third of GDP and employ around 30% of the workforce.
“We are the agricultural power of central Mexico,” says the Governor of Morelos, Graco Ramírez. “We are the number one producer of plants and flowers in the country, we are the second largest producer of cactus and we are producing a natural dye called Grana Cochinilla for the entire cosmetics and textiles industries.”
Morelos also yields the highest proportion of sugar cane and is working in conjunction with two sugar factories heading a regional strategy to grow the agro-industry – producing organic fertilizer and some bio-energy byproducts such as ethanol.
Industrial goods produced in the state include automobiles and auto parts, textiles, and pharmaceuticals. “We have had an important automobile plant for over 50 years. It is noteworthy to mention that it is one of the highest quality non-robotic factory floors worldwide,” explains Mr. Ramírez. He adds they are also trying to get Nissan to bring projects such as its eco-friendly taxi to the state and that Continental Tech, a leading Canadian manufacturer of auto parts, has invested in Morelos.
The state is also a hub for science, research and innovation and serves as role model for other states looking to develop knowledge-based economies. It has been a leader in Mexico of the pharmaceutical industry for more than 40 years. It is home to the Institute of Public Health which trains professionals not only from Mexico, but from all over Latin America.
The state’s Governor says that Morelos has thousands of scientists working in R&D and innovation and that it was the first state to establish a department of innovation, science and technology. “We have a technological park with important companies in the field of technology and innovation, and we also count on the collaboration of important public educational institutions, besides that, we are in full construction of the second phase of the park and it will be the capital of the country in terms of scientific developments and technological innovation in the country,” he adds.
In 2003 Morelos was one of the first to issue state bonds. Funds generated from the selling of bonds have helped to finance highways, schools, waterworks and other infrastructure projects. Mr. Ramírez states that there are currently a number of important transport infrastructure projects underway or in the pipeline, adding: “We have calculated that there will be investment in infrastructure of about 30 billion pesos (US$2.3 billion). This will put the state on a path towards increased competitiveness,” adds the Governor.