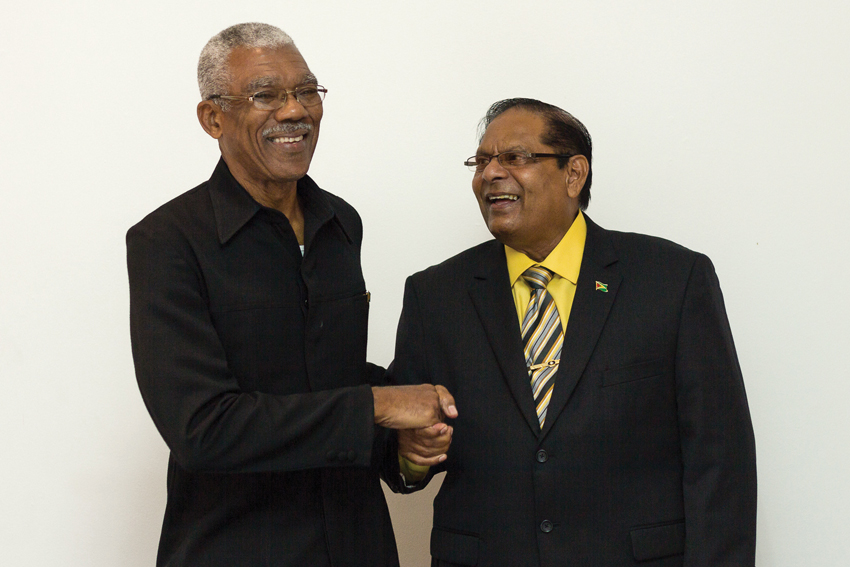 Abraham Lincoln once noted: “Character is like a tree and reputation like a shadow. The shadow is what we think of it; the tree is the real thing.” Having inherited a country last year marred by a reputation for public and private sector corruption, Guyana’s government is now pulling out all the stops to work on both the reality and international perception of doing business in South America’s only Anglophone country.

“We must put ourselves on the map. We have to market Guyana and grasp all the opportunities to brand ourselves as a newly emerging regional economy that is ready for business, based on fairness and transparency,” affirmed Guyana’s Minister of Business Dominic Gaskin on taking up the newly created post.

At the opening of the 11th Parliament on June 10, 2015, President David Granger said: “We have assembled a Cabinet of men and women who can provide that leadership. They have the expertise, experience and enthusiasm to repair the damage which has been wrought over the past two decades. We came together as an executive team committed to working with the legislative branch over the coming quinquennium.”

Rooting out corruption and streamlining procedures in a new pro-business environment figure high among the government’s priorities. It is determined to raise the country’s rankings in international reports for doing business and global competitiveness. For example, it currently figures 137th out of 189 countries on the World Bank’s Doing Business index, and 121st out of 140 nations on the Global Competitiveness Index by the World Economic Forum, which has its annual meeting this month in Davros, Switzerland.

Mr Gaskin adds: “The new Guyana is one in which there is better governance in general and a focus on development, especially economic development, instead of just economic expansion. We are currently an underperforming economy; that is what we have inherited in many aspects. While we have had steady growth figures over the last few years, it hasn’t been accompanied by economic development, by a diversification of our economy from just being producers or exporters of primary products to secondary and tertiary product development. We haven’t managed to do that and we still rely on the export of five main primary products.

Resource-rich Guyana has much in its favor for potential investors, including low labor costs, sound macroeconomic conditions, a high literacy rate, stable financial sector, various incentive-based schemes, and an ideal location for markets in South America and the Caribbean. To highlight such virtues, among the changes being made by the government was to overhaul its investment agency, the Guyana Office for Investment, or Go-Invest.

A new board was appointed at the agency, and two new senior officials came via an independent recruitment agency to ensure the new chairman and CEO can focus on the tasks at hand and not be potentially subject to political influence. Improved records are also now being kept to monitor foreign direct investment levels, in contrast to the previous administration, and better provide year-on-year assessments.

Interested investors are encouraged to visit the revamped Go-Invest, which is now effectively a one-stop shop, providing comprehensive step-by-step information and assistance for doing business in Guyana.

“We want to send a very clear message as a nation that if you come to Guyana or enter into an agreement with Guyana, everything will be clear and above board, and that you are guaranteed that this government will hold its end of the bargain. Guyana is ready for business,” says Minister of State Joseph Harmon, who comments that extensive international training programs have been launched for private sector employees. “Guyana is and will be a place, under President Granger’s administration, that will reestablish itself on the international scene as a serious country, one which has to be taken seriously and to be reckoned with on the international scene.”

According to the Minister of Business, who also heads the Small Business Bureau and Commerce, $10 million has been poured into a Small and Micro-Enterprises Development Fund and the government would like to see small companies have the capacity to gain and fulfill a greater share of government procurement contracts, commenting: “If we can accomplish that, it will be a major achievement.”

For both local and foreign players, the government asserts it is doing everything it can to create “a level playing field” for all companies and make Guyana an exciting, enterprising and transparent country to do business.