The performance of the Congolese economy is the result of well thought-out economic policies, executed wisely to mitigate the effects of inflation and recession 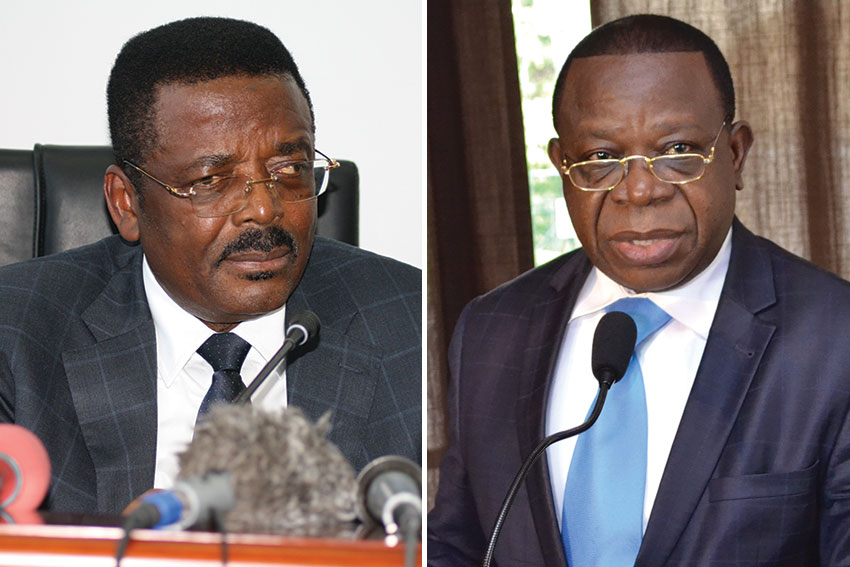 As a country with immeasurable resources, stunning natural beauty and a diverse population, the DRC holds enormous potential within its borders. Its surface area of more than 2.3 million square km spans the equivalent of two-thirds of the European Union. With 80 million hectares of arable land, over 1,100 minerals and precious metals identified and almost half of its population under the age of 15, the DRC could potentially become one of the richest countries on the African continent, according to the World Bank.

Even as instability has gripped the central African region, and an economic crisis hit the world economy, the DRC has continued to press forward. After an economic slump in 2009 that brought the growth rate down to 2.8 per cent, the DRC quickly rebounded with an annual average economic growth rate of 7.4 per cent during the 2010-2013 period, a rate that further rose above 9.5 per cent in 2014 before cooling off to 7.7 per cent in 2015, mainly due to falling commodity prices.

“It is necessary to transform economic performance after more than a decade (...) into opportunities for development, sustainable jobs, and empowerment and economic status
for women”

“We must transform our last decade’s economic performance (…) into opportunities for development, sustainable jobs and empowerment for women,” says Georges Wembi Loambo, Minister of Planning and Revolution of Modernity. The government has launched a Strategic National Development Plan that aims to push the DRC towards middle-income nation status by 2021, with an intensive industrialisation plan further developing the country’s potential over the subsequent decade. This entails the production of value-added and finished goods, as opposed to the export of raw materials. “Transforming natural resources into finished goods before exporting them will allow us to create added value and new income for the country,” Mr Wembi adds.

Working in concert with the Minister of Planning and other key Ministries, the Minister of National Economy, Modeste Bahati Lukwebo, has overseen the implementation of 28 critical measures to guarantee economic stabilisation and combat the commodity crisis. They include fighting fiscal and customs fraud in economic sectors, auditing contracts with partners of state mining companies, and a more rigorous application of exonerations. “The country has seen a 7.7 per cent growth in 2015, inflation is around 1.28 per cent per cent, our international reserves are close to $1.5 billion (£1 billion) and unemployment has declined from 60 per cent to 40 per cent; these outstanding performances are the result of political and economic stability,” says Mr Bahati.

Thanks to this long-term planning and successful monetary and fiscal policy, the DRC’s future looks bright. Major public investments have helped spur growth while inflation, long a scourge to the country after reaching a staggering 53 per cent in 2009, has stood at 1 per cent since 2013.

“The outstanding performance is the result of political and economic stability: growth of 7.7 per cent in 2015, deflation is less than 1.28 per cent, international reserves are at around $1.5 billion and reduction in unemployment from 60 per cent to 40 per cent”

Since 2010, the DRC’s economic leadership team has been committed to working closely with the World Bank to establish a mechanism for the systematic improvement of economic governance, as well as a joint mechanism for oversight, to keep the country on track. The objective of this programme is to strengthen governance and transparency in the extractive industries, including forestry, mining, and petroleum extraction, and to improve the business climate.

This commitment has already begun to bear fruit. It has garnered praise for its improving business climate, being ranked in the top 10 most-improved regulatory environments for doing business worldwide by the World Bank. Yet another metric demonstrating the country’s progress, government revenues have risen from 0.3 per cent of GDP in 2000 to 13.6 per cent in 2015. This has enabled the government to implement higher pay for government and military officials, in an effort to fight corruption and the misuse of public funds.

Furthermore, through the leadership of the Head of State and his government, the DRC has been able to facilitate the allocation of large business contracts through engagement and confidence building with international partners. “Sustainable and resilient growth is the result of strong and sometimes risky reforms,” says Prime Minister Augustin Matata. “People continue to invest in this country, they have confidence in the institutions and they have confidence in the leaders.”