Article - July 17, 2013
Fast growing Nigeria may be rich in oil, but it is the non-oil sectors that are driving growth 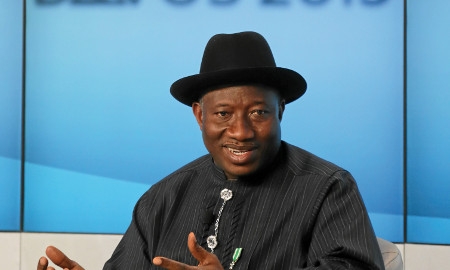 The second fastest growing region in the world and one of only two regions to experience growth in foreign direct investment in 2012, Africa is becoming the place to be for international investors; and as the second largest economy behind South Africa and with the largest workforce on the continent, Nigeria is powering the African propulsion.
Once tainted by political instability, corruption and poor fiscal management, the West African nation is being transformed by President Goodluck Jonathan, who has introduced several reform measures since assuming office in 2010. Mr Jonathan had served as vice-president to Umaru Yar’Adua, but took over the top seat following the death of Mr Yar’Adua from a kidney illness in May 2010.
Economic growth has been impressive since the end of military rule in 1999 and the successful installation of democracy. GDP growth averaged 7.4 per cent annually for a decade and it is expected to grow by 6.5 per cent in 2013. Economists predict that between 2014 and 2017, the economy will grow an average of 7 per cent.
Nigeria’s ambitious long-term development plan, Vision 20:2020, envisages the country becoming one of the 20 largest economies in the world by 2020. Goldman Sachs has included Nigeria in its list of the ‘Next-11’ economies to drive global growth in the future.
Oil-rich Nigeria has relied heavily on the oil and gas industry for revenues and economic growth. However, it is the non-oil sector that has driven the economy forward. Non-oil sector growth is being driven by: the services industry, particularly telecommunications and trade; publicly and privately financed infrastructure; agriculture; and a banking and finance sector that has been reinvigorated following the crash of 2008.
Investment in oil and gas has been below par of late as investors await the passing of the Petroleum Industry Bill. This revolutionary piece of legislation will see huge improvements in transparency, accountability and governance; increased local content and community involvement; and the deregulation of the downstream industry.

Revenues from oil remain buoyant thanks to high oil prices and are being pumped wisely into the Excess Crude Account and the sovereign wealth fund. These funds are being used for the much-needed development of infrastructure and to spur economic diversification.
“There are two things that are holding the economy back: electricity and rail infrastructure deficits. With [the sovereign wealth] fund, there is a minimum allocation of 20 per cent for each area. The infrastructure fund can be co-invested with other investments. Once we have power and the right infrastructure in place, it will be a lot easier for us to develop different sectors of the economy,” says Minister of Trade and Investment Olusegun Aganga.
Agriculture, which employs 70 per cent of the workforce, has and will remain a mainstay of the economy. There is huge potential as the country tries to bring more of the value chain to Nigeria, converting agriculture to agribusiness.
The World Bank recently committed to $300 million (£197 million) to improve overall management of the country’s rapidly expanding agriculture industry and to support the growing ranks of agribusiness entrepreneurs in the country.
Nigeria’s banking sector will be key to driving growth in the real sector as it provides the capital and finance for large-scale projects and medium-sized enterprises, down to micro-financing for the growing number micro-businesses and dynamic entrepreneurs in the country.
Like the oil and gas industry under the Petroleum Industry Bill, the finance sector has undergone huge reform aimed at improving transparency and accountability following the financial crisis that began five years ago.
Thanks to the efforts of award-winning Central Bank Governor Sanusi Lamido Sanusi, the banking industry is now thriving again with most of the country’s banks recording healthy profits last year.
Nonetheless, despite Nigeria’s impressive growth in recent years, eliminating poverty and inequality remain some of its biggest challenges; around two-thirds of the population still lives on less than a dollar a day.
Mr Sanusi sees the banking sector at the centre of these challenges: “Economic equality is one thing, but in an underdeveloped economy, we have gender and economic inequality, sometimes among classes. We have years of inequality among classes, but also among regions and this means among sectors. So we have to address how the financial and banking system locks into this. We are talking about a banking system that is wired to eradicate poverty.”
There are no doubts that Nigeria has problems – be they related to security, poverty, corruption, an over-reliance on crude oil revenues or inadequate infrastructure. But the people of Nigeria have worked diligently and will continue to do so for the continued, sustainable transformation of their country, for the benefit of investors and inhabitants of the nation alike.