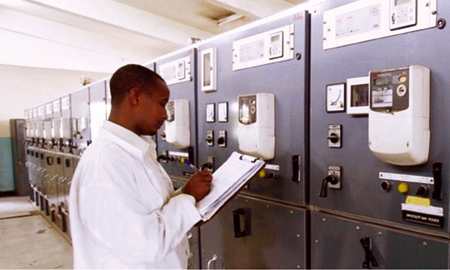 For Nigeria to achieve its goal of becoming one of the world’s top 20 economies in the year 2020 one of the most crucial requirements is an adequate, affordable and efficient supply of electricity – something it conspicuously lacks at present.

Energy generation has failed to keep pace with the energy needs of the country, with the power sector producing less than 5,000MW of electricity against an estimated need of about 30,000MW.

Given major reserves of oil and gas, abundant sunlight and significant hydropower potential, Nigeria is well provided with the natural resources it needs to fuel its economy and the homes of its citizens.

Yet Nigeria only generates a tenth of the amount of electricity produced by South Africa for a population three times the size, and almost 70 per cent of the population do not have access to the national power grid.

Underinvestment and failure over the years to formulate a consistent energy policy has left the power sector in a state of near collapse. All too often, power cuts leave Nigerian businesses in the dark, resulting in lost production, damaged equipment, and the need for expensive stand-by power.

President Goodluck Jonathan has put reform of the sector high on the Federal Government’s agenda, and initiated a multibillion-dollar plan to develop electricity infrastructure. Jonathan himself chairs the Presidential Action Committee on Power (PACP), and has launched a roadmap for the reform of the power sector targeting 40,000MW of electricity generation capacity by 2020.

So far some $8 billion has been spent on the National Integrated Power Project (NIPP), originally conceived under the former President Olusegun Obasanjo in 2004.

Privatisation of the power sector, which will enable much needed investment, is at an advanced stage, with the government selling off state-run generation and distribution firms, and transmission concessions (CHK) to private companies.

As things stand, the only way Nigeria can add additional capacity to the national grid is by utilising flared natural gas. Providing the new power plants with the gas to fuel them is a major challenge, although gas pipelines are included in the NIPP and progress is being made.

However, the Nigerian government also recognises that the country could also be making use of another major resource as fuel for its power plants – coal. More than 90 per cent of Nigeria’s power is generated using oil and gas, less than 10 per cent by using hydropower, and none at all from coal.

The government wants to diversify power generation, and coal provides an opportunity. Nigeria has vast unutilised coal deposits spread across 15 states. The government is seeking to revitalise the coal mining industry by encouraging private companies to develop these resources and construct coal-fired generating plants.

“Power from coal-fired plants will start coming in three years’ time, and power from hydro in five to six years’ time. This is how we intend to expand,” says Barth Nnaji, who recently stood down as Minister of Power.

In July, Chinese firm Sepco III and its technical partner, Pacific Holding, announced plans to construct a 1,200MW coal power plant in Benue State, at an estimated cost of $4 billion.

Nigerian Electricity Regulatory Commission (NERC) recently authorised state and local governments, as well as communities in the country, to generate and distribute their own electricity.

Meanwhile, Bauchi state government is turning to solar power, constructing a 30MW solar plant in collaboration with a German company, Siemens Nigeria Limited Project. The project, which will make Bauchi one of the first states in the country to be self-sufficient in electricity supply, is believed to be the first of its kind in the West-Africa region, and is one of the first fruits of an energy partnership between Germany and Nigeria.

Nuclear power is another option. The national nuclear power programme is said to have reached an advanced stage, with nuclear power plants planned for locations in Lagos, Ondo, Cross River and Adamawa states.

Nigeria and Russia have begun implementation of a nuclear power generation agreement, signed in 2009, to facilitate cooperation on the development of nuclear energy.

Launching an initiative in Abuja recently, he said there were “limitless opportunities” in renewable energy. According to the President, “Bearing this in mind, we have set national goals and developed a power sector roadmap that will fast track our realisation of the UN targets. At our current rate of power development, through the full implementation of the roadmap, we plan to meet these targets by the year 2020.”