Ahead of 2040, as India’s population continues growing and its economy expands to more than five-times its current size, the nation is to lead the surge in global demand for energy. A cross-country surge in energy demand and new regulations aimed at improving the oil and gas sector are to position India as a global bright spot for energy firms worldwide amid an increasingly complex scenario. And Oil and Gas Minister Dharmendra Pradhan has the task of reforming India’s natural resources policies and implementing them in a fair manner to win the confidence of the global industry 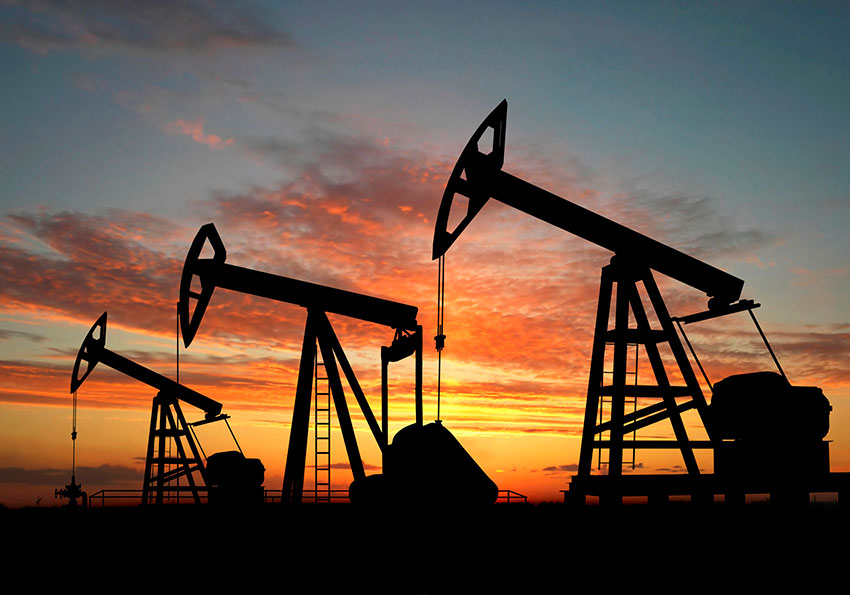 HAVING FAVORABLE FOREIGN POLICY INITIATIVES WITH SAUDI ARABIA, THE UAE AND RUSSIA, INDIA IS PLANNING A HERCULEAN PUSH TO CAPITALIZE ON LOW OIL PRICES
SHARE

The present and rather sustained crash in global crude prices is due to oversupply – when producers are taking out more than global demand. In 2014, when prices were hovering above $100 a barrel, producers were extracting approximately 90 million barrels a day and the global demand was around 93 million barrels. And the Indian economy was thriving in that false sense of security. With oil being a finite commodity, expectations of prices rising beyond the $200 dollar/barrel were rife. But factors the industry did not take into account include the rise of new technologies, energy efficiency due to public discourse and behavior change, and new oil and gas producing nations coming through. The same producers are extracting more than 96 million barrels of oil daily, while global demand is around 94-95 million barrels a day. As a result, prices have crashed to historic lows of around $30-$40 a barrel.

While global demand, including that of China’s, has fallen in recent times, India’s demand has grown. Coal, oil and natural gas are the most important primary energy sources in India. Inadequate domestic supplies of these hydrocarbons forced India to increase its import bill. This dependence on imported oil has steadily increased as a result of rising demand and stagnant domestic production, which has been hampered by limited prospecting, delays in commissioning new projects, declining production from existing maturing fields, bureaucratic nightmares, and existing contractual issues.

Nevertheless, India is in a good place to surge ahead when recession lifts. With prices tumbling, India spent $60 billion less on crude imports in 2015 than the previous year, despite buying 4% more. The Indian sun shines on with 7-8% GDP growth despite the looming global energy price clouds that darken the horizon. Further to the boost from low oil prices, India is undertaking an aggressive and comprehensive structural and policy-driven change.

Prime Minister Narendra Modi’s government made sweeping changes to India’s energy policy to reinforce its intent of taking advantage of the global slide in prices. The government came out with a new contractual and fiscal model for awarding hydrocarbon deposits in India – the Hydrocarbon Exploration and Licensing Policy (HELP). This policy looked towards enhancing domestic oil and gas production by:

The new policy concentrated on the following five areas:

Revenue Sharing Model: This aimed to make the entire discrepancy around sharing and contractual obligations simple, and placate individual companies from micro-management by the government, thus giving operational freedom to individual holders of acreages with ease of administration.

Single License: For the first time, the policy accounted for a since license for both exploration and production of conventional resources, thereby opening up the market and bringing in an enabling environment.

Pricing Independence: This was historically absent and discouraged, almost holding explorers and producers to ransom. However, now, freedom has been given to the operator to market and price oil and gas, thereby incentivizing the industry. Through the new policy, a lot of tricky issues that hindered growth have been addressed like cost recovery issues, rigid timelines, royalty and other issues.

Contract extensions: Finally, the extension of production sharing contracts for 28 small, medium sized discovered fields was a welcome step, with an extension for 10 years, both for oil and gas fields or economic life of the field. This – certainly - removed uncertainties, helping contractors plan their investments in these blocks.

In the words of an oil analyst, “With crashing global prices, reduced import burden, enabling energy policy and a government with all the right intentions, the time has never been better for India’s oil demand to take off in an even more sustained way than it had for China in the 90s.”

China’s quest for energy sent its companies on a buying binge everywhere, ending up with a spend close to $169 billion on energy assets overseas in the past 10 years, according to data put together by Bloomberg.

India’s rise is closely aligned to the reopening to global markets of Iran, once one of the biggest producers in OPEC until sanctions choked output and investment. With the recent visit of the oil minister’s visit to Iran, India has proposed an investment of $20 billion (Rs 132,900 crore) in Iran’s Chabahar port, either through joint ventures between Indian and Iranian public sector companies or with private sector partners. The investment is with regards to Indian companies’ interest in setting up petrochemical and fertilizer plants in the region.

According to the Indian Petroleum Ministry’s official statement: “Mr Pradhan requested Iran to allocate appropriate and adequate land in the Chabahar SEZ. He also requested the Iranian side for favorable treatment in the pricing of gas for India and also supply of rich gas at competitive prices and on a long-term basis for the life of the joint venture projects that Indian companies are interested in setting up. He said that competitive gas pricing was crucial in making the projects attractive for the prospective investors. He also expressed India’s interest in setting up a LNG plant and a gas cracker in the Chabahar port.”

Furthermore, having favorable foreign policy initiatives with Saudi Arabia – India’s biggest oil supplier – as well as the UAE and Russia, India is planning a Herculean push to capitalize on low prices.

According to a report in Business Standard, India already relies on imports for 80% of its oil and products needs, so it is also following China’s game plan of investing in energy-producing assets. Indian companies have proposed paying $5 billion toward Siberian oil and gas fields, which would make their equity share about 250,000 barrels a day, compared with a total domestic output of 760,000. And the investment atmosphere is right, because global powers are shrinking and competition is scarce.

“Earlier, Indian companies would lose the investment battle to China, but that’s not the case anymore,” said an analyst to Business Standard. “What is happening now is that a lot of companies, who were in competition earlier, are not able to compete, and it is effectively a free run for companies who have been sitting on cash, like the Indian ones.”

India is also developing its own energy resources. State-owned explorer Oil & Natural Gas Corporation recently approved $5 billion more to develop a field off the east coast. This could add about 10% to India’s oil production.

India appears to be in the same position China was at the start of its growth binge. India consumed 4 million barrels of oil last year, according to the International Energy Agency (IEA), and is expected to surpass Japan as the world’s third-largest oil user this year. It will be the fastest-growing crude consumer in the world through 2040, adding 6 million barrels a day of demand, accordingly to multi-analyst reports. And this growth is being driven through manufacturing. The ‘Make in India’ program aims to create 100 million new factory jobs by 2022 and increase manufacturing’s share. Manufacturing drives oil use both by increasing the amount of goods that need to be moved around on ships and trucks, and by raising living standards of Indians.