The growth of Ahmadiah has mirrored the growth of Kuwait. Today the construction company continues its significant contribution and partnership with the public and private sectors 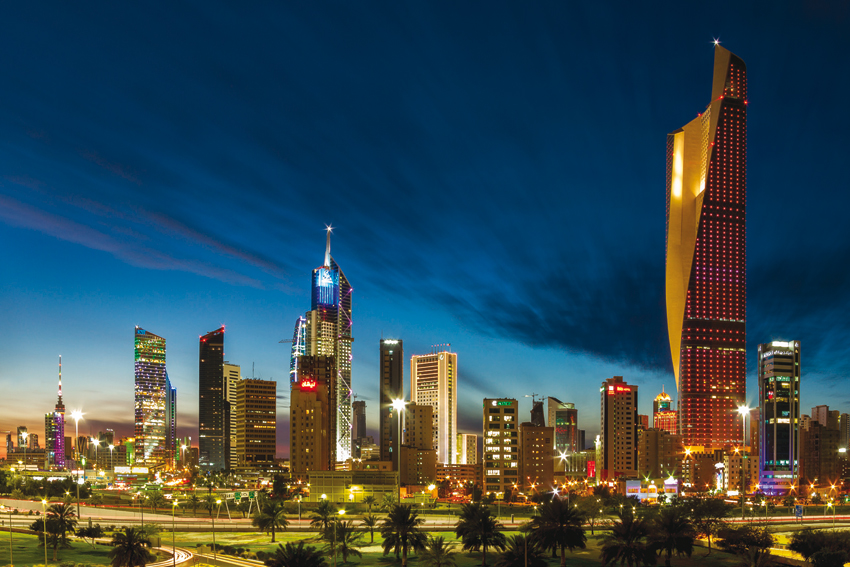 When a visitor arrives in Kuwait, throughout their trip they will be driving on, looking at, living in, or utilizing buildings and infrastructure built by the country’s premier construction company: Ahmadiah Contracting & Trading Co.

The company, which came into existence on the back of Kuwaiti statehood, has built everything from skyscrapers to palaces to industrial plants and government buildings, as well as leisure facilities including waterfront developments, hotels, and malls. Importantly, Ahmadiah has constructed an array of critical national infrastructure including airport terminals, hospitals and highways as well as contributing to megaprojects such as Sea City.

The company, founded on humble beginnings, has carried forward traditional Kuwaiti business principles of trust, valued relationships and strong partnerships. “When Ahmadiah was established in 1954 it was slightly pre-independence, just at the start of oil production,” explains Vice Chairman Ayad Abdul Mohsen Al-Thuwainy. “As Kuwait grew, Ahmadiah grew, both by working with the government and with the private sector. Generations later, the two families that started the business, the Al- Thuwainy family and the Lebanese Al-Najjar family, remain strong partners to this day. It is hard to imagine, but the company was founded on a handshake! The initial ten line agreement was simple; win or lose we split everything 50- 50, and HH Amir of Kuwait Sabah Al-Ahmad Al-Jaber Al- Sabah, then the Foreign Minister, was the witness to the agreement and the arbitrator in case of dispute.”

“We see opportunities in both government and private investment in construction. We are looking very positively on our future within Kuwait.”

Ahmadiah’s relationship with Kuwait was one for better or worse. During the Iraqi occupation, its management continued to look after employees, even though all work had been stopped indefinitely. Following liberation the company, despite suffering huge losses, began operating again to help literally rebuild the country.

Today, new challenges are facing the country, most notably maintaining national development plans in the face of low hydrocarbon prices. According to Mr. Al- Thuwainy, “There are many opportunities to see greater international partnership in the current investment climate here in Kuwait. This is really an opportunity for more public-private partnerships (PPPs), which already started successfully in Kuwait a few years ago with the Az-Zour North Independent Water and Power Project . The results of these partnerships have been very positive in terms of delivering on time and on budget.” Given the strong demographic growth that Kuwait is facing, now is an important time for the government to ensure infrastructure meets population demand. Indeed, as the third generation of the Al-Thuwainy family joins Ahmadiah, Mr. Al-Thuwainy is confident on Kuwait’s growth and their own. “We see opportunities in both government and private investment in construction, and when reflecting on the success of the last 60 years, we are looking very positively on our future within Kuwait.”