The Caribbean leader, hands down

Article - January 30, 2013
The top tourist destination in the Caribbean aims to double the number of tourists to 10 million, within the next decade 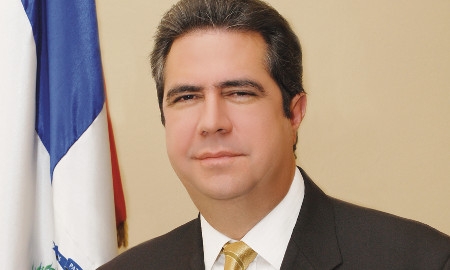 With nearly 5 million foreign visitors in 2012, Dominican Republic has once again proven to be the top tourist destination in the Caribbean. Its fine-sand paradisiacal beaches and turquoise waters continue to be the main attraction for tourists to the island; however, there is a rise in the number of holidaymakers who chose alternatives to the all-inclusive beachfront hotels.
Dominican Republic also boasts hinterland options: natural parks with tall mountains, exuberant landscapes and imposing rivers and waterfalls, ideal for adventure sports. There are also virgin beaches where the traveller can revel in solitude and singular encounters with nature. Many of the island’s beaches are also favourite windsurf and kitesurf spots. The country’s cities, such as Santo Domingo and Santiago de los Caballeros, also offer a rich cultural life.

With this wide range of tourism activities, the government of Danilo Medina has proposed to reach 10 million tourists a year by 2022. Dominican Republic certainly has the magnetism and the infrastructure needed to meet this goal, and now is the moment to show the world these merits. This is one of the reasons why the Dominican government has centred its efforts on a promotional campaign which, under the motto “Dominican Republic has it all”, aims to showcase to the world the country’s ample tourism offer. Family, cultural, adventure and golf tourism will be a sampling of what the government will highlight both in the global media and at international tourism fairs.
This redoubling of efforts in communication, which in fact started various years ago, has been successful and can be seen in the gradual rise in tourism arrivals: the 2011 season closed with 4.3 million tourists, representing a 5% increase over the previous year’s figures. Year-on-year growth forecasts for this past year stand at 7.3%.
“The number of tourists who visited in 2012, who enjoyed our country’s tourism attractions, has doubled, thus consolidating our position as the main Caribbean destination,” explains Francisco Javier García during a press conference marking the opening of Jet Blue’s new route between New York and Samaná. “Dominican Republic is firmly number one, indicating the level of confidence that the destination generates,” adds the tourism minister.
The government’s intentionshave been backed by the Parliament, who stated this past December its support for the Tourism Plan 2012-2016 to “develop an aggressive policy of promoting tourism in international markets”. In doing so, it is alsoin favour of the budget increase for the Ministry of Tourism for 2013.
Tourism will continue being a strategic priority for Dominican Republic