Foreign policy & FDI to put Argentina “on the right course”

Since the new administration entered office in December 2015, the Argentine government has shown unwavering determination to create a more market-oriented economy in Argentina with greater foreign involvement. 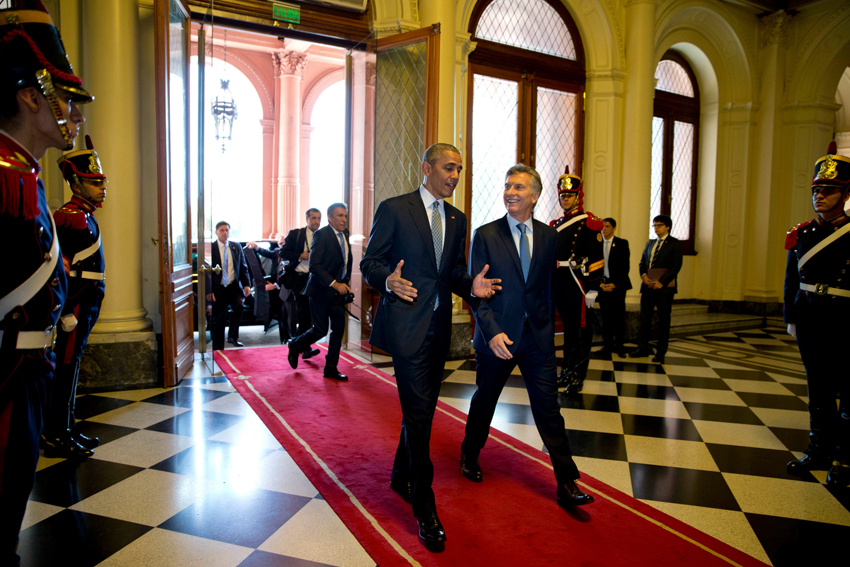 US PRESIDENT BARACK OBAMA WALKS INTO THE CASA ROSADA WITH ARGENTINA'S PRESIDENT MAURICIO MACRI IN BUENOS AIRES ON MARCH 23, 2016, DURING A TWO-DAY OFFICIAL VISIT TO ARGENTINA. (NATACHA PISARENKO/POOL PHOTO VIA AP, FLICKR)
SHARE

On being sworn into office last December, Argentina’s President Mauricio Macri vowed to set the country on a more private sector-led and less public sector-controlled economic path, with increased foreign direct investment (FDI) in a more open and competitive marketplace.

Jason Marczak, a director at the Atlantic Council’s Adrienne Arsht Latin America Center, has stated that already there has been a “180-degree shift” from the protectionist policies of former PM Cristina Fernández de Kirchner, who favored relations with countries such as China and Russia.

By contrast, the center-right Cambiemos (Let’s Change) leader Mr Macri – an accomplished businessman and advocate of free-market policies – has shown an eagerness to ramp up relations with Europe and the US in particular since entering office.

The major shift in Argentina’s foreign policy has been marked by Mr Macri making official state visits to Belgium, Germany and the United States, for example, early in his Presidency, and in return receiving heads of state from the France, Italy and the US.

“How many heads of state beyond the region visited Argentina during the Kirchner years? Hardly any. That is a very real indicator of the level of diplomacy of the previous government,” Dante Caputo, a former Argentine foreign minister, told the Financial Times recently.

Barack Obama’s visit in March made him the first US President to hold high-level talks with an Argentine leader since 2005. “The United States stands ready to work with Argentina through this historic transition in any way that we can,” Mr Obama told reporters.

“This is the beginning of a new phase of mature, intelligent, constructive relations in which the only concern for us both is to improve the quality of life of our people,” said Mr Macri.

US Secretary of State John Kerry also met with Mr Macri during his visit to Buenos Aires on August 3-4, 2016, to discuss cooperation on regional and global issues. “It's not all going to change overnight,” Mr Kerry told a group of business leaders during his visit, who then called for patience from the business community and the Argentine public for the country’s new direction to produce fruit.

Why invest in Argentina?

Through its Undersecretariat for Investment Development and Trade Promotion, the government is promoting and coordinating foreign investment opportunities in Argentina. Its mission is to foster quality foreign direct investment to contribute to sustainable development built on competitiveness and social inclusion in Argentina.

The Undersecretariat identifies and assists potential foreign investors interested in developing new productive activities in Argentina or in expanding/improving activities already under way. It highlights the country’s access to a broad regional market and high integration to global value chains as being among the assets making Argentina an attractive investment destination. Other attributes to the country’s credit include: a highly skilled, qualified and creative labor force, abundant natural resources, a long-standing tradition of technological and industrial development, a diversified economy, openness to the world, modern infrastructure, and high-quality connectivity.

Foreign companies can invest in Argentina on an equal footing with domestic firms without needing prior government approval. They are free to enter any area of economic activity on their own, as there are no laws or regulations obliging them to enter into a venture with a local partner. And foreign investors are also entitled to the same rights, and subject to the same obligations, as domestic investors when it comes to legal matters.