The foundations of an equitable future 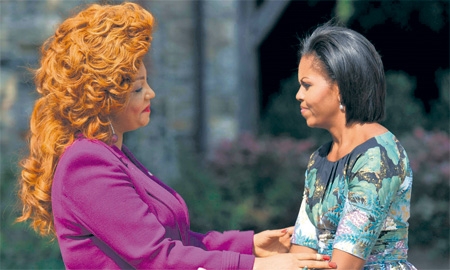 In 1994, Cameroon’s First Lady Chantal Biya founded a non-political, non-denominational and a non-profit-making humanitarian association to help the nation’s underprivileged. The President’s wife created the Chantal Biya Foundation following her belief that “there is always a call for more concrete solidarity to build a better world. It is my conviction, it is my passion.”

Through a wide variety of projects the foundation strives to assist, educate and protect Cameroon’s poor, sick and disadvantaged citizens, as well as champion initiatives to help the nation’s young, elderly and marginalised.

For example, according to the Ministry of Public Health, of the 780,000 people who die each year from malaria in the world, 90 per cent are on the African continent. In Cameroon, 38 per cent of consultations and 24 per cent of deaths are caused by malaria, and 26 per cent of people are absent from work due to the illness. So, to strengthen the fight against the disease, the Chantal Biya Foundation has added its voice and support to the Roll Back Malaria Partnership that will raise awareness and advocate for more financial and technical support, as well as boost effectiveness in malaria control interventions in Cameroon and in the sub-region at large.

Mrs Biya is not only renowned for her activities in support of women, children and other vulnerable groups, but also for the research, treatment and prevention of HIV and AIDS, mainly through her organisation African Synergies Against AIDS and Suffering (Synergies Africaines Contre le Sida et les Souffrances). The non-governmental organisation comprises First Ladies and former First Ladies from Africa and other continents. It fights for the end of child labour and other abuse endured by children and also campaigns for the improvement of living conditions of rural women in Africa.

With numerous feathers in her humanitarian cap, Mrs Biya is also behind the Chantal Biya International Reference Centre for Research on HIV/AIDS prevention and management. Furthermore, her Circle of Friends of Cameroon (CERAC) organisation pays visits to the sick, builds schools and makes donations to various health and educational centres.

The First Lady has been designated UNESCO Goodwill Ambassador for Education and Social Inclusion for her long-standing engagement in the struggle against social exclusion. The position in particular reflects her support for AIDS education and prevention, her leadership and work with Synergies Africaines and her association with the Families First Africa project, in addition to her eponymous foundation in Yaounde.