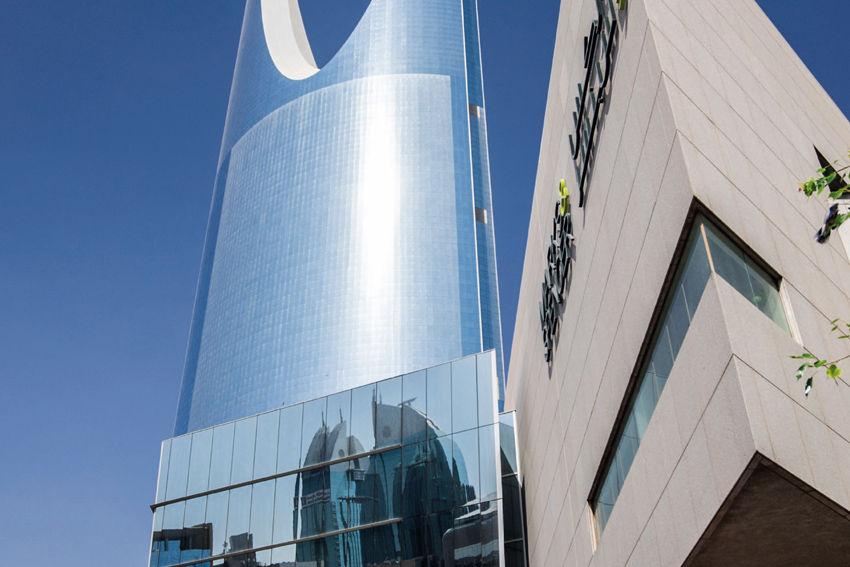 Few countries have been as affected by the recent oil price fluctuations as Saudi Arabia yet the country’s banking industry remains a vibrant sector that continues to receive international interest.
Demand for Saudi-based investments became clear following the IPO of National Commercial Bank (NCB) in 2014, not just the biggest floatation in the Middle East’s history but the second largest in the world last year.

There is little doubt that the country’s banking sector has been hit by the volatile oil market, yet government reforms aimed at engineering wider industrial growth and a cautious, sustainable approach from its banks is paying dividends for investors both locally and around the world.

Certainly there are huge opportunities being presented by Saudi’s banking sector and firms such as NCB Capital are providing not just an improved array of products to make the most of this but also extending their research facilities to deal with increased demand.

Elsewhere Saudi Arabia British Bank (SABB), established in 1977, is aiming to become the leading international bank for both retail and corporate customers and David Dew, Managing Director at SABB, says international attention has been increasing over recent years. “When I first came here in 2001, investment at that time was a few hundred million dollars, it was very low,” he says. “Fast forward 10 years and it peaked to over $30 billion.”

He admits that the figure has dropped since its $30 billion peak but the underlying trend has seen Saudi Arabia engaging with the global economy more every year. “Its capital markets are evolving and developing. This country does not do big bangs; it is a steady, cautious approach,” he says. “ In the hare and the tortoise, the tortoise in the end wins the race. That is the general concept and idea.”

As Mr Dew alludes, economic expansion has dropped from double-digit growth to between 7-8 per cent more recently and there is acceptance that such an environment is likely to be the norm going forward. Saudi financial firms are also adjusting their projections, admitting the link between non-performing loans and oil price shocks despite no inherent deterioration in the assets of the country’s banks.
“We are still talking about a growth economy,” adds Mr Dew. “The general consensus is the growth over the next couple of years is likely to be a little slower than the last couple of years, but it is still growth. It is still positive.

It is still good by almost every developed market standard, and it is good by quite a number of emerging market standards as per current performance, including Latin America, which is struggling a bit for growth right now.”
At the centre of steady growth have been long-running reform programs, which followed the passing of the Foreign Investment Act in 2000. The country subsequently joined the World Trade Organisation in 2005 and clearly regulated its banking sector.

“The regulatory environment is very well laid out, especially in the financial sector,” says Dr Yahya A. Alyahya, Chief Executive Officer of Gulf International Bank. “The reserves and the financial strengths in the country – as well as the government – support growth. Opening up the market in a measured way for foreign investment, and especially institutional qualified investors, is going to create opportunities for both the domestic market as well as for international investors.”

One way that Saudi Arabia is doing just that is by opening up the stock exchange to foreign investors, which is set to provide opportunities for both internal growth and global investment. “There will be side benefits, such as deepening the markets, creating more balance in the market and by bringing in more institutional investors because the domestic market here is dominated by retail,” adds Dr Alyahya.

Until the opening up of the exchange, international investors had only been able to invest in local companies via exchange traded funds (ETFs) and swaps, meaning they could not take seats on boards nor have any influence on the way companies had developed. However greater financial integration, part of Saudi’s 10th national development plan, is allowing not just financial input but foreign expertise as well.

“In regards to the stock market, regulators have been opening the door for foreign investors since the late 1990s through mutual funds, followed by allowing non-citizen residents to own stocks,” she explains. “More recently, the regulator introduced a swap regime to allow international investors to directly access the market. This current step of allowing QFIs (qualified foreign investors) to invest comes as a natural progression to what have started many years ago. Opening the market is something that is necessary to introduce increased competition, which will make people more focused on clients, service and quality as they have to compete with more markets.”

The target is not necessarily to create more liquidity in the system but, as Ms Al Suhaimi puts it, become “more competitive as an investment destination.”
“This will make the environment much better in terms of transparency, investor relations, governance, the way we are dealing with the market context and the regulator,” she adds.

There is also a widespread belief that the introduction of international investors on boards could smooth out some of the volatility of the market, and help develop an environment where longer term investment strategies result in better returns, a so-called “virtuous cycle” as Ms Al Suhaimi explains.

“We have had hedge funds and active managers investing, and there will be more once it is through direct investment and not through swaps. However, I do not see that they will take seats on boards overnight, as you need to build towards this, so it will coincide with the normal maturity cycle of the market. Nevertheless, being open to the world and other international investors who can compare us with others can only result in improving transparency, governance and the general market environment.”

Saudi Arabia’s government has also embarked on a plan to diversify its economy away from the traditional mainstays of fossil fuels, and the opening up of the stock exchange is being seen as a key attribute to this plan.
“There are certain sectors that have not really developed well enough to contribute to the diversification effort such as the mining industry and the transportation sector,” adds Mr Alyahya. “A lot of opportunities will be created for investors and this is going to help contribute to diversification as well.”

Such developments will also inevitably create further opportunities for the Saudi banking system to expand and improve its array of services, and increase potential revenue streams.
“Anything related to infrastructure creates multiple opportunities, both for investors on the operational side and investors on the financial side,” continues Mr Alyahya. “In the debt capital market, because of the volume of the infrastructure agenda, there will be a requirement for financing. That also provides opportunities for investors who are seeking or interested in fixed income instruments both in local currency as well as in foreign currencies.”

Lending to small and medium-sized enterprises is expected by most analysts to become a growing element of Saudi banks’ operations, while the increasing demand for institutions that operate partially or wholly within Islamic banking practices is also providing opportunities for groups such as NCB Capital, which has become a global leader in Islamic Mutual Funds.

Saudi’s financial industry has also been investing in its human resources as it seeks to bolster its position as the leading banking player in the Middle East region. Gulf International Bank has created a graduate scheme that takes 40 people on each year while NCB Capital has been part of initiatives designed to increase the number of women employed as part of its workforce.

Such activities, and the wider attempts by the Saudi government to embrace the international arena, are providing global investors with an array of opportunities. There is little doubt that increasing growth in both Saudi’s financial sector and its economy as a whole, will depend on the ability of the country’s regulators to continue creating an environment that appeals to foreign investors.

“The private sector will continue to play an important role, both because of opportunity and necessity,” says Ms Al Suhaimi. “Many of the opportunities of globalisation are best captured by private companies, and most job creation – which is strategically important for our country – will come from the private sector. The banks in general have an important role to play, by directing capital to growth opportunities.” Achieving that will be the key to developing the country’s financial industries and will, in turn, provide Saudi Arabia’s population with the means to enjoy sustainable prosperity.