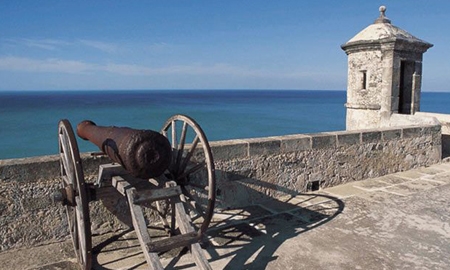 Campeche is located in the southeast of Mexico is responsible for the majority of the country’s oil production. The state’s rich soil, water resources and varied climate mean it is also very strong in agriculture, which holds significantly untapped potential.
The state contributes 5.1% of Mexico’s total GDP. “The economy of the State has been focused on the exploitation of its natural resources,” says Fernando Ortega Bernés, Governor of the state since 2009. In the past the state prospered from the production of materials derived from wood which were then exported to all parts of the world. That was then replaced by the fishing industry as the economic mainstay.
Three decades ago, the exploitation of oil resources began and since then Campeche has become a very important generator of foreign exchange through oil and gas exports. “Campeche produces now about 70% of the crude oil in Mexico, more than 30% of natural gas and therefore it is an entity which provides great support to the national economy,” explains the Governor. “There is a close relationship between the state and the oil company of Mexico (Pemex).”
In February Pemex announced output of 865,000 barrels per day at Ku-Maloob-Zaap – the company’s most productive oilfield located in the Bay of Campeche, which solely accounts for 30% of Mexico’s oil production. A month later in March, Pemex announced that it would invest nearly US$3 billion in the oil-rich Bay of Campeche this year.
Governor Ortega – a native of the City of Campeche and Institutional Revolutionary Party member – believes that now is the time that economy of the state “should be more diversified and it is necessary to reduce our dependency on oil resources”.

“Because of the natural wealth and geographical location it has always been considered that the State also has as a large ecological reserve, a fertile soil, varied climates and above all a fairly large water reserve to carry out agriculture. Today it is oil that generates more resources to the state, but perhaps in the future, water will be what would represent a competitive advantage,” adds the Governor.
Agriculture is one area that can be attractive to investors. The state is a large producer of corn, sorghum, rice and soy beans. The sector is growing but Governor Ortega says that it lacks modern infrastructure and technology. Tourism is another segment that is of interest to investors. Mr. Ortega is overseeing investments in infrastrucutre to develop tourism in the state, 40% of which is protected natural reserve.
Campeche is home to a UNESCO World Heritage site (The City of Campeche) and Mexico’s largest biosphere. This coupled with its rich heritage and beautiful beaches means it is fast becoming a popular spot with tourists looking to escape the resort crowds.