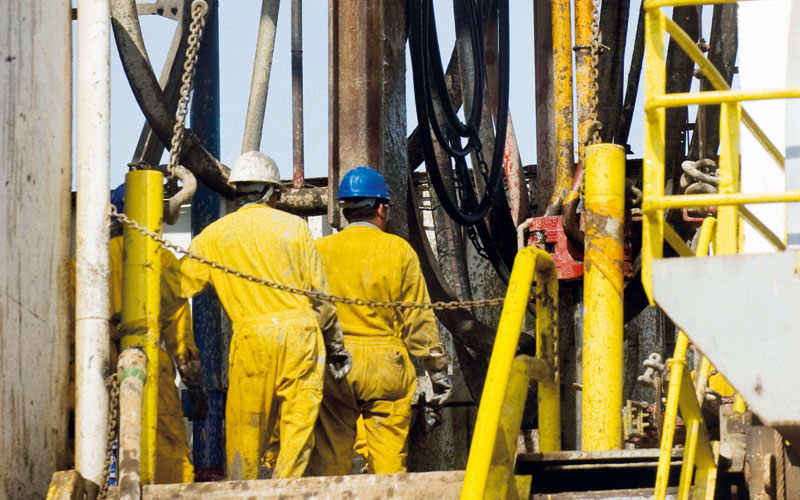 Mexicans are justly proud of their revolution which a century ago offered the hope for change to many. Another revolution, this time economic, is now under way which also offers hope of increased foreign and domestic investment, a boost in the GDP and employment and lower energy costs for the country’s 123 million people.

“Energy reform is the most important economic change in Mexico in the past 50 years,” the President said, whose decision has been widely praised.  During a recent university lecture in Mexico City in mid-October, former UK Prime Minister Tony Blair showed his enthusiasm for Mr Peña Nieto’s move, applauding the reform as “the most significant political event” for the country.

Regarding oil and gas, the move will grant the state petroleum company, Petroleos Mexicanos (Pemex), 21 per cent of possible reserves and the remaining 79 per cent will be allocated to private and foreign companies to play a role in the sector for the first time since nationalisation more than seven decades ago.

British energy firms like BP and Royal Dutch Shell, along with other multinationals such as Exxon Mobil and Chevron from the United States and Russia’s Lukoil, are reportedly weighing up whether to bid in the contract auction next year.

Mexican officials estimate that, if all goes according to plan, investment could reach £30 billion.

“We are starting to see a change in key sectors such as oil and gas, due to recent reforms,” says British Minister for Trade and Investment Lord Livingston. “These reforms and the open economy will undoubtedly attract oil, gas and mineral investment.”

Pemex is expected to establish 10 separate joint ventures with private firms and there are plans for drilling deep-water wells, especially in the oil-rich Gulf of Mexico where new, state-of-the-art technology would now permit exploration and production at depths formerly out of reach.

In world crude production, the country ranks sixth but proven reserves have retreated over the past 15 years from 34 billion barrels to 14 billion and these reserves only have about another decade before they are depleted.

This shrinking output, coupled with the facts that Pemex is Mexico’s biggest company, the country’s largest tax payer and that it provides a third of the federal budget meant that it was time for a change.

Mexico is following successful examples of opening the petroleum industries to outside private players. Petroleo Brasileiro did exactly that almost 20 years ago and in Colombia, the state-run company Ecopetrol has enjoyed almost double production after its control of the country’s oil sector was restricted in 2003.

The country needs the expected boost. Mexican crude oil production has fallen from more than 3.5 million barrels per day to under 2.5 million during the past decade.

Government officials, and executives of those firms active in the energy sector, hope the reforms signed into law by the president will mean increased investment to open up fresh deposits and bring in new exploration and production methods.

One of those executives cheering on these changes is Fernando Calvillo, the President of Fermaca, a Mexican company with more than 50 years’ experience in the energy, construction and engineering sectors and a leader in the country’s gas pipeline industry.

“It’s clear that energy reform will bring increased income and investment to our country and they say that the petroleum belongs to the Mexicans. But we can only say it’s ours when we see that it is really benefiting all Mexicans,” he says.  “I think that the reforms will result in a more efficient and profitable domestic oil and gas industry. However, these profits have to be ploughed back into necessary infrastructure like schools, hospitals and safe drinking water systems, and to boost Mexico’s economic growth.”

Mr Calvillo warns that the process will not happen overnight and that it will take a long time for the reforms to bear fruit, especially regarding offshore oil and gas production. But the private sector is ready to get involved.

“Heretofore, private companies could only contribute in activities like maintaining the platforms and performing other services because the industry was closed regarding production of both gas and oil and this was something that had to change,” he argues.

“Getting at the oil and gas in new fields is not going to be easy as the deposits are deep under the ocean, plus we’re talking about sites 300 or 400 kilometres from shore.”

Once the petroleum is located and even before the first barrel is pumped, the infrastructure has to be put into place, not only the drilling platforms but also the entire support network of employee housing, pipelines, compressors, gathering systems, marine infrastructure and more.

“It’s a tough job,” says Mr Calvillo and he should know. His company has engineered, built and operates some of the most advanced gas pipeline systems and terminals in Mexico, and boasts the country’s only gas control centre that uses an independent satellite network to monitor and control its pipelines.

“The possibilities here are enormous, not only for Mexican companies but for foreign enterprises as well,” he says.

“I’d like to tell potential British investors in the midstream gas industry that we need expertise here and it’s a great sector to get into now because of the prices, the need for growth and it’s the energy source of the future.”

And, as one of Mexico’s foremost innovators in the field, Fermaca would be an ideal partner for foreign firms considering a stake in the Mexican gas industry, the company president says.

“My company is the best and we’re the only Mexican gas transport firm with the infrastructure size and capacity. Just look at the figures. Our rate of growth over the past three years says it all.”

“We’ve had great experience with the United Kingdom and in fact our first partner in our biogas energy project back in 2000 who developed it with the Nuevo León state government was British,” he recalls.

“The British are pioneers in the use of landfill gas for electricity generation and I especially admire the British for their ability to develop technology solutions and their access to capital for investment.”

Mr Saldaña is particularly proud of his company being the first in Mexico to participate in a public-private partnership (PPP) at the state level, which has now been operating for more than a decade.

The executive notes that the partnership has prospered through three local government changes and several municipal administration changes, and he expects it to continue as it benefits everyone involved.

“Ours is a win-win-win project. The private investors win, the government wins with the energy discounts we offer and, above all, the environment wins as we are reducing greenhouse gas emissions,” he explains.

“I think these types of public-private partnerships are the future. The government does not have enough resources to invest in many areas and that is why we need structural reforms, so private investors and government can partner in order to develop strategic sectors such as energy, telecommunications and health, among others,” he argues.

Another such PPP that SEISA is involved in is a carbon credit trade project with the Danish government through the Clean Development Mechanism for emission reduction.

Concerning the policies of the government closer to home, Mr Saldaña says Mexico’s renewable energy sector needs more official support in such areas as tax breaks, differentiated tariff rates, grants and other measures like in Europe.

“In Mexico we’ve taken very small steps in this direction; it doesn’t allow us to grow at a faster pace and we end up competing against utility prices. The only competitive advantage we have is to offer discounts below utility prices and this is what matters most,” he explains.

Mr Saldaña says the high electricity rates in Mexico have made renewable energy attractive and notes that the solar cells market has taken off in recent months which is good news for SEISA, who is well regarded as a leader in the sector.

“We are a family group, however our reputation in the industry is solid. Our customers recommend us to others, including their competitors. We’ve been doing this for 20 years and we are the ones you can trust,” highlights Mr Saldaña.