Wealth flows with oil and gas

Article - October 24, 2013
Although its 70-year-old economic mainstay is a boon, Kuwait is looking to diversify 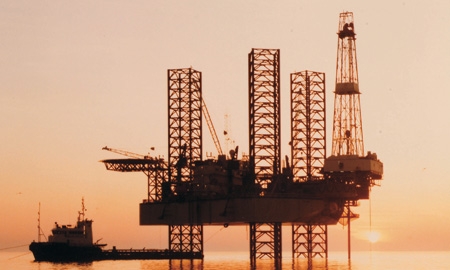 THE EMIRATE HOLDS 104 BILLION BARRELS OF OIL, OR 10 PER CENT OF THE WORLD’S KNOWN RESERVES
SHARE

The history of oil in Kuwait dates back to 1938, when the first reserves were discovered in an area south of Kuwait City, known today as Al-Ahmadi in honour of the late Emir of Kuwait. The find spurred the building of a town (also called Al-Ahmadi), and the development of this enormous new industry over the decades has attracted hundreds of thousands to the district, which now counts 800,000 inhabitants.
Indeed, Al-Ahmadi remains today the most prolific oil producing area in Kuwait, and thus by extension, one of the most prolific in the world. “This area is mostly synonymous with oil,” says Governor Sheikh Dr Ibrahim Al-Duaij Al-Sabah.
Despite its fame in the oil world, perhaps the governorate’s biggest claim to widespread fame was, sadly, the oil field fires that raged during and after the Iraqi invasion of Kuwait in the early 1990s.
“The burning of oil, the fires – they were here,” says Dr Al-Duaij. “All the world saw them. Seven hundred oil wells were burnt, but after seven months they were under control and put out. People all around the world had their TVs tuned in to Al-Ahmadi then.”
In spite of the burning, Kuwait still stands among the global oil giants, with 10 per cent of the world’s reserves, or 104 billion barrels. Needless to say, the entire economy is based on this resource and thanks to it, Kuwaitis have enjoyed a high quality of life.
The country’s oil industry, though first developed by the Americans and British, was nationalised in the late 1970s in a movement to retain all resource wealth at home. Fortunately for the state, the Kuwait Oil Company (KOC), formerly owned by BP and Gulf Oil and now in state hands, was technologically advanced enough to drill and extract without foreign help. The country’s oil wells – most of which are onshore – were shallow and easy to operate.
In 1980, the government created the Kuwait Petroleum Corporation to oversee numerous subsidy companies, each dedicated to a separate function from the upstream to downstream, both at home and overseas.
Nowadays, KPC is opening up to more foreign assistance as it takes on more technically complicated projects.
“We have so many projects that are on their way but not progressing nicely and it is mainly because it requires special skills to pursue them,” explains former CEO of KPC, Farouk Al-Zanki.
Ahmed Al-Arbeed, General Manager of Seven Sisters (a private oil and gas and services company), says foreign companies “could play a role in technology and management. Because Kuwait’s private sector was taken away for a long time, they lack technology and management. So foreign companies should come here to bring technology, management and know-how.”
Aside from more international participation, Kuwait is also seeking to diversify its economy. For Mr Al-Arbeed, that could mean putting oil to non-energy uses, such as producing plastics for new, sturdy and affordable building materials.
For Dr Al-Duaij, it would mean developing the services sector. “We were at a time, before oil, a services hub. We provided services as sailors, as traders and as shipbuilders; we were connecting Eastern Africa and Eastern India with this area and then to the Mediterranean. Today we could focus on education, medicine and business,” he asserts.
Nizar M Al-Adsani, current CEO of KPC, underscores how the Kuwaiti spirit of entrepreneurship can help.
“The creative thinking of yesteryear needs to continue to complement oil revenues,” he says. “The challenge for Kuwait is to diversify its economy from oil to a more non-oil, finance and service-oriented economy. We have the innovation and the drive to do it, as well as the young people to support it, the investment and the brains to do it. But we need to manage things correctly.”