Faith and belief in Egypt – A profile of Ambassador Yasser Elnaggar

Ambassador Yasser Elnaggar is a firm supporter of Egypt’s present path. So strong are his beliefs in Egypt’s new direction that, late last year he left his post as Deputy Chair of Mission at the Egyptian embassy in Washington D.C. to return home. Taking up the post as Principal Deputy Minister of Investment, his main aim is he says “to help pull my country forward to take the position it deserves on the world stage”. 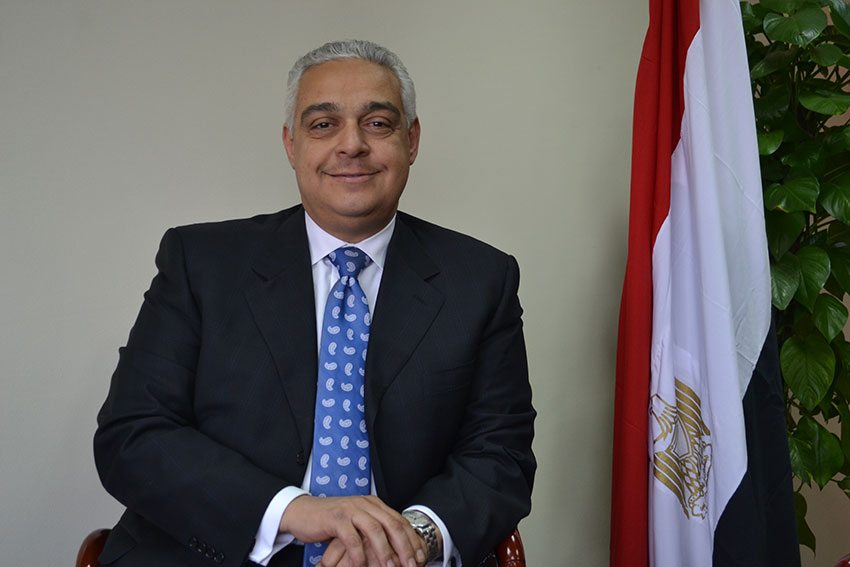 The Ambassador is of course, no stranger to the international scene. He has enjoyed an extensive career in international diplomacy that spans almost 20 years – and has worked in the United States, the United Nations and for the Arab League.

Yet, his contribution to Egypt’s second revolution on June 30th 2013, remains the role that he is most proud of. “When we took to the streets in 2013, it was not just one segment of society. It was the entire population uniting to send a message that we did not want that government,” he says.

Describing why he supported the removal of President Mohamed Morsi, he says, “It was a risk that I personally took in order to secure a better future for my two children. We decided to put our trust and confidence in the current president because we knew that we deserved better.”

Explaining the necessity of the June Revolution to Americans back in the U.S. proved even more difficult. “After this revolution, representing Egypt in Washington was one of the most challenging tasks I have ever encountered, as it was difficult to explain the strong support of the Egyptian people for taking action against the seated government,” he explains.

Difficulties aside, he still remains a believer in the power of the strategic relationship between the U.S. and Egypt, but notes that both parties could now do more to strengthen it. He does not rule out a return to diplomatic service one day in the future.

Ambassador Elnaggar’s faith in Egypt’s future is now being repaid. “I am incredibly optimistic,” he says.

“There are a number of decisions, policies and laws that this government has already adopted to improve the economic situation – and a vibrant agenda of more positive changes ahead.”