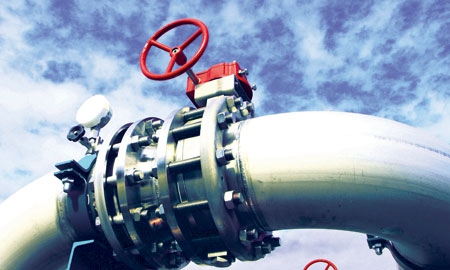 ● In total 850 exploratory wells (since inception) have been drilled till September 2013, (834 onshore and 16 offshore)
● In total 97 wells (35 exploration and 62 development) were drilled during 2012-13
● 32 concessions signed in last three years attracted commitment of minimum $169.56 million in exploration phase
● According to the Ministry of Petroleum & Natural Resources, an assessment of yet-to-find reserves at an unrisked value for all of the basins studied to date suggests 3,585m barrels of oil and 66.26 tcf of gas
● Oil production in 2012-2013 averaged 76,277 bpd, whilst gas production reached a record-breaking 4.259 bcfd in the previous year
● The sector attracted $258 million in FDI between July 2013 and January 2014
To stimulate interest, the 2012 Petroleum Policy and Upstream E&P Rules include the following incentives:
● Increase in producer gas price from 31% to 68% for different zones
● Sale of a 90% share of pipeline-specification gas to the government of Pakistan and 10% by E&P companies to any buyer
● Reduction in the windfall levy from 50% to 40%
● Renewal of a lease after expiry of the lease term for another five years subject to payment of an amount at 15% of the wellhead value
● No direct state participation. Instead, a sliding scale production sharing arrangement will be used
● Four-year holiday on royalties
● Corporate tax is capped at 40% of profits/gains
● Royalties, marine research fees and training are treated as expenses and can be put towards cost recovery
● The cost of oil/gas recovery limit of 85% is allowed during one year
● Accelerated depreciation for investment on successful exploration, facilities and offshore platforms
● An unlimited period allowed for loss carryforward