A vital hub for Central Africa 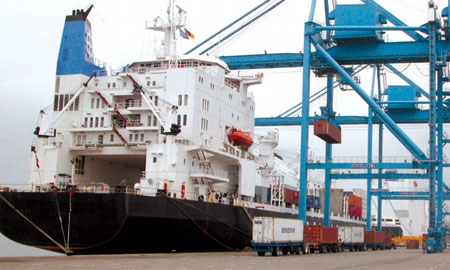 After 50 years of independence, President Paul Biya can proudly point to transformational change in Cameroon. In power since 1982, President Biya has managed to recast this country of 19.1 million as a regional trade platform.

Proximity to Nigeria, a powerhouse economy with 155 million consumers, has worked in Cameroon’s favour. Cross-border trade in agricultural products and manufactured goods is brisk. About 51.2 per cent of exports in 2010 were absorbed by the 11-member Economic Community of Central African States (ECCAS). Spain accounted for another 15.8 per cent, the Netherlands for 13.4 per cent, China 9.9 per cent and Italy another 9.7 per cent.

A plan to expand the road network by up to 17 per cent by 2020 will help consolidate Cameroon’s strategic position in the region. The Government’s Road Master Plan seeks to rehabilitate 1,243 miles of asphalted roads and tar another 2,175 miles of laterite links within 10 years. A second bridge over the Wouri River will relieve road congestion into Douala. Priority has been given to connections for industrial and agribusiness corridors. One example is the Yaounde-Doulala-Bafoussam link.

Today, Douala (pop. 2.1 million), the bustling port city serves as a transshipment hub for petroleum products, minerals, timber, coffee, cocoa, rubber and tropical fruits. Industrial clusters in the city’s outskirts furnish the aisles of regional supermarkets with products “Made in Cameroon”. The city’s embayed harbour, meanwhile, is an export window for landlocked neighbours like Chad and the Central African Republic (CAR).

“The three pillars of the current development push are agriculture, infrastructure and energy – in that order. For 2011, the Government intend to push growth beyond 3.8 per cent as previously forcasted. A greater part of the budget will be allocated to infrastructure projects, in order to boost production, trade and domestic demand,” says Finance Minister Essimi Menye.

Keeping a low profile in oil, gas and minerals is also a way to avoid Dutch disease. The Government prefers to harness the potential in the non-oil sector to enlarge the country’s economic base. As of 2011, more than 100 projects were under way to boost agricultural production and economic competitiveness. Gross fixed capital investment is projected to grow by 7 per cent in 2011 and 2012, up from 5.5 per cent in 2010.

Meanwhile, plans to promote the private sector have led to improvements in business conditions. Large-scale projects like the deepwater seaport at Kribi are financed not only with external loans and domestic borrowing, but also through public-private partnerships (PPPs). This means more capital spending can be devoted to areas that will yield dividends in non-oil revenue down the road. In addition, significant inflows of foreign investment will contain public debt, which remains at a comfortable level according to the IMF.

“Over the years, we have developed free trade zones with tax holidays for those who want to start a business. In Cameroon, investors can freely open bank accounts and repatriate their benefits. We have done away with the constraints that kept entrepreneurs away,” says Mr Menye.
Vision 2035

In hindsight, Cameroon’s first-generation poverty reduction strategy paper (PRSP) was weak. To make up for its flaws, policymakers drafted long-term development scenarios that would act as triggers. The result was the Growth and Employment Strategy Paper (GESP) and Vision 2035. Both seek a wholesale rebranding of Cameroon.

Vision 2035 is a working document by the Ministry of Economy, Planning and Regional Development. It is often portrayed as an overarching framework that aspires to turn Cameroon into a “democratic emerging country, united in its diversity”. Its success will be measured against four core benchmarks: poverty reduction, middle-income status, industrialisation and democratisation.

The same aspirations are contained in the GESP, which covers the period from 2010 to 2020. In effect, the document serves to jumpstart Vision 2035 by tackling structural deficits and charting a path to higher GDP growth. Like Norway in the 1960s, Cameroon is determined to widen the scope of its economy and avoid the crowding out effects of petrodollars. Through 2020, the economy will need to expand at an average rate of 5.5%, fuelled largely by infrastructure spending and industrial upgrades. If the GESP is implemented, poverty will drop to 28.7 per cent of the population, down from the current level of 39.9 per cent.