Article - May 14, 2014
When Bahrain’s first mall opened over 30 years ago on the fringe of the traditional Souk, it was a foreign idea. Today, Seef Properties’ malls with their retail, entertainment and hotel facilities are an icon of the country’s cultural change 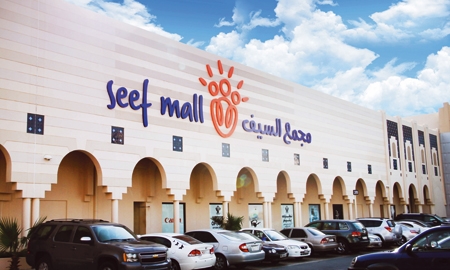 Thirty years ago, the concept and culture of consumerism in Bahrain, and indeed the Middle East, was very different.
Shopping was something rather traditional, to be done at the local outdoor “Souq” marketplace, and where a little bartering could get you any variety of local produce for a small bargain.
While these charming places thankfully still exist, the idea of shopping – just as in much of the rapidly developing world – has altered dramatically.
“Just after the Gulf War there was a big social change in Bahrain and the Middle East,” explains Essa Najibi, Board Chairman of Seef Properties (which owns Bahrain’s most popular shopping centres: the Seef and Isa Town Malls.)
“Of course no-one wants to see conflict in any part of the world, let alone the Middle East, but the global focus on the region following the Iraqi invasion of Kuwait opened people’s eyes, in particular the new retailers, about the possibilities in the region.”
However, with the idea of American-style shopping malls a very new idea to this part of the world, many people were initially very skeptical about the prospect of retail centres. Yet this was all part of adaptation, or “cultural transition” as Robert Addison, the Managing Director of Seef Properties, puts it.
“(Malls) mirrored a change in lifestyle. It gave people what they wanted; an air-conditioned social gathering place, where they did not feel pressured,” he says.
And so, it was at the time of these shifting attitudes during the early 90s that the island’s first big indoor shopping space – Seef Mall – was opened, and became an instant success with locals and expatriates alike, prompting immediate plans to extend the mall.
The popularity of the mall has not only helped attract some of the world’s most well-known and best loved retail brands, but its great success has largely been built by adding to this idea of shopping as an “experience” offering not only restaurants and cinemas, the opening of Seef Properties’ “Magic Island” (a family entertainment centre) helped bring in a whole new crowd of consumers.
With the mall now seeing more than 200,000 visitors pass through its door every week (a 40 per cent jump in visitors numbers compared to 2010) and the group’s operating profit having increased by 21.4 per cent from 2011 to 2012, Seef Properties’ continued success is indicative of the resilience and revival of the retail sector in Bahrain, which was hit badly by the global economic crisis of 2008 and local unrest in 2011.
Now that the industry is certainly on the mend, Seef Properties has not only recently unveiled a new improved brand identity for its flagship Seef Mall, the company is now looking to expand and further commit itself to Bahrain with further projects aimed at boosting the hospitality and tourism sectors in the country.
“One of the key ingredients of the government’s Vision 2030 plan is to [turn] Bahrain into a tourist destination,” says Mr Najibi.
“To maximise the attraction, the plan has to reflect people’s aspirations and lifestyle. One of the social mainstays is the mall and therefore you have to integrate leisure and hospitality in the mall. This was our strategy when we decided to develop Fraser Suites (the luxury serviced apartments which adjoin the Seef complex).
“Our latest project is in Muharraq, where we are developing a 70,000 square-metre mall. The mall will open later this year but is already fully leased.
“However, we are not stopping there. We shall lend our expertise and we will drive this sector forward.”