A NEW ERA FOR MEXICO

Article - July 25, 2013
Mexico has tremendous potential, but the sad reality is that for the past few decades, it simply has not lived up to it 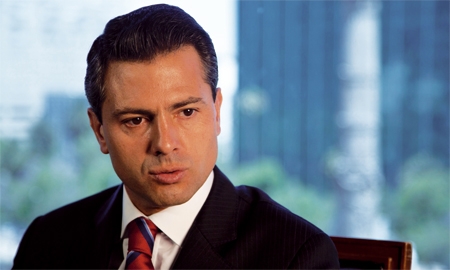 From 1981 to 2011, its economy grew on average by just 2.4 per cent per year, and productivity actually dropped by 0.7 per cent yearly. In contrast, Chile more than doubled Mexico’s economic growth, while raising productivity by 1.1 per cent each year.

Nevertheless, while GDP growth is predicted to hit 3.1 per cent in 2013, down from an original forecast of 3.5 per cent due in part to sinking external demand, the Mexican economy has been highlighted by economists at the OECD as being one of the top four engines of growth among the organisation’s member countries for the second half of 2013 and into 2014, along with Chile, Turkey and South Korea.

President of global banking giant BBVA, Francisco Gonzalez, agrees with the OECD’s projection, having recently pointed out that Mexico is one of the countries with the fewest weaknesses and the greatest growth potential in the world, owing to its macroeconomic solidity and recently proposed reforms.

What experts also agree on is that a push towards greater competitiveness, dynamism and productivity is needed, as well as a reduction in the size of the informal economy (which currently stands at around 60 per cent of the total).

President Enrique Peña Nieto, voted into office late last year, is taking the bull by the horns and thanks to a cross-party pact signed on his second day in office, he is pushing through several structural reforms – in energy, telecommunications, education, labour, banking and fiscal policy – meant to kick start the economy. Moreover, the Peña Nieto administration announced in mid-July a “transformational” six-year plan for improving infrastructure. Some US$316 billion will be distributed among projects to build new roads and railways, to overhaul ports and to expand telecommunications.

While the sweeping reforms are catching the attention of global investors, Fitch Ratings acknowledged the banking reform with an upgrade in Mexico’s sovereign foreign currency credit rating, moving it up a notch to BBB+ in early May in what was the country’s first ratings upgrade since 2007.

Other visible results of the Peña Nieto administration’s efforts can be seen in the World Economic Forum’s Global Competitiveness Index, where Mexico has risen five places to 53rd this year out of a total of 144 evaluated economies. In the World Bank’s Ease of Doing Business ranking, again Mexico has climbed five spots to land at 48th in 2013.

The aforementioned Pact for Mexico, which includes more than 100 points and issues and was signed by four political parties, is in itself a sign of Mexico’s strength and growing democratic unity, as well.

“We have solid public institutions and a democracy which is becoming more mature, with the consequent emergence of results,” explains José Antonio Meade, Secretary of Foreign Affairs. “The best example is the Pact for Mexico, in which the main political forces and the federal government have made concrete commitments towards Mexican society as a whole.

“All these are favourable conditions which present us with a great opportunity to transform Mexico and to realise its full potential. The development of Mexico is a task for all of us: politicians, economic sectors and society as a whole.

“We are a country on the rise, a country determined to transform and grow, a country in movement.”

Of course, Mexico cannot do this without relying on its trade and investment partners, the largest of which is the USA – recipient of around 78 per cent of Mexican exports and contributor of nearly half of all foreign direct investment (FDI). And although the UK does not rank among the top five trade partners, it is nevertheless a strong force, says former Ambassador to the UK Eduardo Medina Mora.

“Investment by British companies in Mexico is quite large. There are more than 800 British firms with investments in our country,” says the ambassador, now stationed in Washington DC, adding that the UK is also the largest European emitter of tourists and is the second most favourite oversees destination for Mexican post-graduate students.