The new face of agriculture

Food production reforms render agroindustry a key economic engine, achieving a record 7 per cent growth in the first half of 2014. 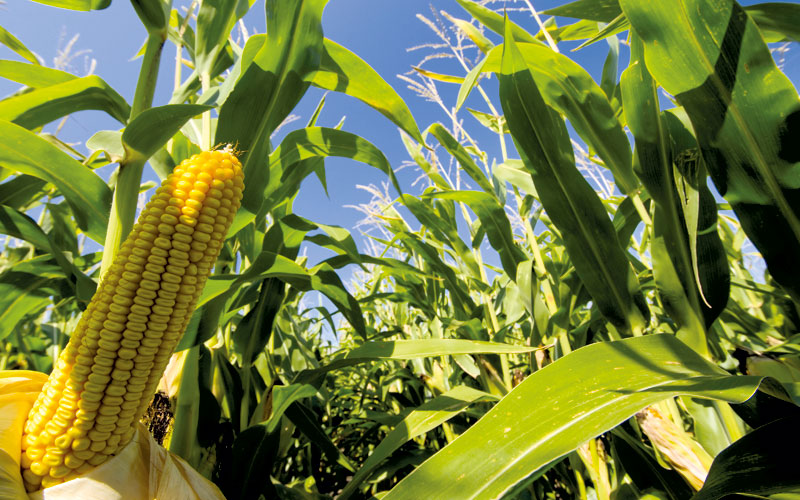 Since President Enrique Peña Nieto took office in 2012, the country has seen incredible transformations across many sectors, and agriculture is no exception. Through the implementation of massive policy overhauls and incentive programmes, the Peña Nieto administration has introduced and promoted a new strategy which has breathed new life into Mexico’s agribusiness, especially along the northern border in the state of Sinaloa, often called the “Breadbasket of Mexico”, with over three-quarters of its land dedicated to agricultural production.

Under the leadership of Enrique Martínez y Martínez, Mexico’s Secretary of Agriculture, Livestock, Social Development, Fisheries and Food (SAGARPA), who has overseen much of the implementation of the nation’s reforms, agriculture has assuredly been confirmed as a key national economic engine, achieving a reported record 7 per cent growth during the first half of 2014.

With rich soil and a mild climate, it’s no surprise that Mexico’s economy hinges so heavily on agriculture. After all, the nation is the world’s 13th largest food producer; yet cultivating the industry has required massive overhauls and transformative thinking, as well as the vision and dedication of both Mr Martínez y Martínez and Mr Peña Nieto.

With these men behind the new “reforms of the countryside”, the government has been able to focus successfully on boosting the nation’s productivity and competitiveness, as well as advancing the welfare of rural families and crucially improving Mexico’s food security. Much of this success has been achieved through a programme called PROAGRO.

First announced by President Peña Nieto in 2013, PROAGRO cleared the way for SAGARPA to implement the policies and shift Mexican incentives from subsidies to production. Meanwhile, the changes also allowed for the implementation of differentiated public policies, which provided the government with much-needed flexibility to engage both subsistence farmers and those involved in commercial agriculture.

The introduction of PRO-AGRO marked the end of the government’s previous programme PROCAMPO, which had been in place for more than 20 years, and was criticised for welfarism. But with significant backing from the federal government, PROAGRO has quickly achieved resounding levels of success. According to Mr Martínez y Martínez, in the first seven months of 2014, PROAGRO delivered more than 11.3 billion pesos (£521 million) to 2 million producers, allowing them to save time and money buying seeds, fertilisers, and other crucial supplies.

The agriculture secretary manages the highest budget in the agency’s history which currently rests at £3.7 billion – nearly 10 per cent higher than the budget in 2012, according to SAGARPA. Mr Martínez y Martínez says that today the nation can be particularly optimistic about the future of the agricultural industry because producers, organisations, business owners, academicians, politicians and institutions are working together to create transformative synergy to give the Mexican countryside a “new face”.

And that’s a “new face” for many Mexicans. According to the president’s office, 22 per cent of Mexico’s population lives in rural areas, while 14 per cent of Mexicans work in agriculture. Part of the structural reforms in the country means modernising technical tools, as well as infrastructure to monitor rainwater cycles such as the hurricanes that threatened much of the national agricultural industry in 2013. Before the Mexican Congress, Mr Martínez y Martínez recently talked about an amazing feat that was achieved, in part, to the transformations brought about by these reforms. He was quoted as saying that despite the washout in September 2013, the reforms allowed agricultural experts to counteract the adversity of the storms, and still achieve record production (up 6.5 per cent from 2012) in Mexico that season.

This type of pre-emptive planning greatly improves the overall security of Mexico’s food source: one of the most serious concerns for producers and consumers monitoring for abnormalities. With the proper advancements in place, Mexicans are now able to facilitate a timely change of course before an imbalance is able to develop in the food supply. Mr Martínez y Martínez says the issue of health and safety is of the highest priority for the Peña Nieto administration, especially because of the high social, economic and national security risk. Yet through prevention, including the early detection of new pests and diseases in the Mexican ecosystem, as well as effective control of outbreaks such as avian influenza and other problems, widespread threats can be managed and, eventually, eliminated.

Meanwhile, SAGARPA has been actively working to assign more public investment to the sector. Mr Martínez y Martínez recently said the only way Mexico can move forward is through primary investment, which is exactly how President Peña Nieto’s reforms have been designed. For instance, the sweeping improvements also targeted the production and availability of fertilisers to farmers at lower prices, and facilitate the use of improved seeds, ensure food safety and increase areas under irrigation and protection, as well as strengthen credit and financial services for the countryside.

As a result, a new trade model has emerged which allows each producer to be paid an appropriate price, encourages the creation of value chains by promoting national agribusiness and reorganises production through new plans for crops, production and breeds. The reforms also delivered sweeping legal changes, providing a new administrative and organisational foundation built to achieve a more just, productive and profitable sector.

Many significant challenges still remain for Mexico’s agricultural industry, but together, the nation will continue to build new models that will only lead to higher levels of development for the rural population and ensure the nation’s food security.

Agroindustry meets innovation
Another group of people contributing their forward-thinking and innovative research towards the “new face” of Mexican agroindustry is Agroindustrias del Norte.

Established more than 45 years ago in the northwestern state of Sinaloa, Agroindustrias del Norte is drastically changing the way Mexico and its farmers do business: the group offers top-flight inputs and comprehensive farming solutions, as well as specialised services, including technical assistance and financing.

“We are helping Mexico grow,” says the Director General of Agroindustrias del Norte Marco Esteban Ojeda Elías. “We are distributors of high-tech agricultural supplies for the technical farmer who seeks safe food production through sustainable agriculture.” Agroindustrias del Norte operates Mexico’s largest logistic sales network in the sector and features something unique: 90 per cent of its sales go directly to the customer. “No other company in Latin America does that. We go straight to the field, direct to the farmer,” Mr Ojeda Elías says.

In fact, the company has achieved much of its success by directly engaging and aiding farmers, both large and small-scale, to ensure that they are trained in the industry’s most advanced technologies and able to effectively apply the research to their crops. One way Agroindustrias del Norte achieves this so effectively is by aiding small farmers who can’t qualify for commercial loans, through one of the company’s five business units, Financiera Agrícola del Norte.

“We give input, technical training and resources to develop their agriculture. It is a fully integrated service, which together with our distribution network makes us the most attractive solution,” Mr Ojeda Elías says.

Agroindustrias del Norte leads the industry in safety and sustainability and offers a complete solution for zero-waste production at the end of a harvest. “There is no one, no company that can offer the certainty of sustainability,” he says. Agroindustrias del Norte has also earned bragging rights as the company with the largest number of technicians in the field. According to Mr Ojeda Elías, the enterprise is intently focused on developing a range of produce options, as well as providing access to innovative sales opportunities worldwide.

Recently, Agroindustrias del Norte started sending Mexican-grown food to England, Germany and other countries, and is not overlooking opportunities for British investors to get involved in Mexico’s produce boom. “We had discussions with some English sanitation companies, because we know there is a lot of technology for both water treatment or irrigation systems,” he explains, adding that Mexico isn’t always the first nation that comes to mind for international buyers. “I think it’s very important for British investors to know that Mexico is an excellent alternative, and that we have the necessary technology to produce safe food with zero waste and that can be Global Gap certified, which is the current requirement,” he says.

Mr Ojeda Elías believes a great challenge facing Mexico today is adding value to the produce presentations and different specialties. “There are 10 different types of cucumber to offer; among normal peppers, you know, there are 15 different varieties,” he points out, but adds that this expansion is just one example of the many ways Agroindustrias del Norte can lead Mexico’s farmers to the head of the global food supply network.

The £14 billion export of agricultural products in 2012 that Mexico saw was in part thanks to Agroindustrias del Norte’s work. “Mexico is a country of opportunity with honest people who want to work,” Mr Ojeda Elías says. The state of Sinaloa is one of the most important for food production in Mexico, and Agroindustrias is one of 80 socially responsible companies in the region. “We want to share the good news, to tell the world and businesspeople that the true face of Mexico is that it is full of positive people, it produces results and every day finds better ways to boost economic development,” Mr Ojeda Elías asserts.

But the General Director’s vision for Agroindustrias del Norte goes beyond transforming Mexico alone. “We are one of the leading food producers worldwide and we compete among the best, but we must continue to work to bring more technology and apply that adaptation to our fields,” he says. It is likely, however, that the industry will face its greatest challenges in logistics in the coming years. “As we understand and find new ways to bring food quickly and inexpensively to new markets, we will be more competitive, because the produce and quality are already there,” he explains.

Solutions may soon be on the way for Mexico, by way of large infrastructure projects that are under construction in many parts of the country. “They should revive the rail system, which is a big challenge,” says Mr Ojeda Elías. “At the end of the day, we have to improve and reduce the cost of domestic freight, which is very high and can often knock you out of the competition.”

Agroindustrias del Norte has weathered many market fluctuations including Mexico’s economic and agricultural crises over the past 45 years. “Today we continue on, consolidated and strong,” Mr Ojeda Elías says proudly. The company has already seen 2002 sales grow by more than 500 per cent, and targets £124 million in sales by 2016.

“Technology is evolving every day,” Mr Ojeda Elías says. “There is always something innovative to offer and I’m sure that, as the years go by, there will be new solutions and alternatives that offer better results for the field, and we will be there to identify them and bring them closer to the producer. We want to continue learning and exploring,” he says with a smile, and with a mission like that, Agroindustrias del Norte is surely unstoppable throughout the world’s food markets.