Energy subsidy reform: A bitter medicine that needs to be taken

Despite the political implications, there are an increasing number of governments in developing nations taking on energy subsidy reform 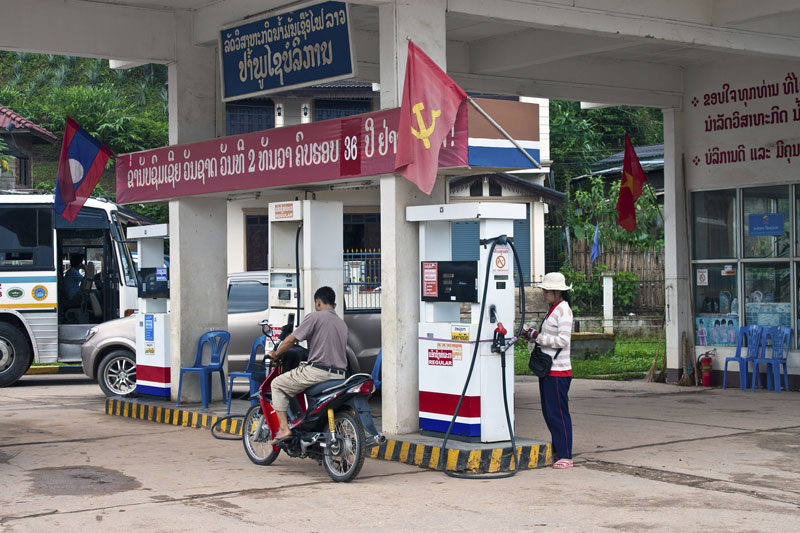 For consumers in rich nations such as the U.S. and in Europe, the rise and fall of energy prices is something to which we are accustomed. The overall rise in particular over the last decade has lead to higher electricity bills and made it much more expensive to fill up the gas tank. We know that there really is not much that can be done about the volatile price of energy. Like the weather, it is unpredictable; when prices rise, we generally don’t tend to blame the government—global energy prices, like the weather or the price of gold, is something that is beyond the control of the politicians in our own country.

In poorer nations, citizens and companies are often shielded from rising fuel prices by energy subsidies, where the government sets the domestic price for fuel and pays the difference between the global price and the set domestic price. While energy subsidies are understandably popular with the electorate, they tend to take out a large chunk from government budgets, thus reducing spending in other areas.

In Indonesia, for example, the government spends around 3% of GDP on fuel subsidies. “Indonesia spends a significant amount of money on subsidies. If you look at our subsidy structure, it is dominated by the energy subsidy,” says Bambang Brodjonegoro, Indonesian Minister of Finance. “With a large subsidy, the budget becomes less sustainable. We cannot predict the volatility of the international energy price and the cost of the subsidy. As a result our fiscal space, or budget space, has become smaller. We need to reduce the amount of the subsidy to increase our fiscal space. With a bigger fiscal space we can spend more on infrastructure.”

Economists across the globe tend to agree that subsidies do more harm than good. While they are supposed to benefit the poor, in most cases costly energy subsidies benefit the middle classes and corporations—those that could probably do without the subsidy—much more than those who genuinely need it.

A recent report for the World Economic Forum states that, “Gasoline subsidies in most countries benefit the middle class, while the poor walk or take public transportation. In India, less than 0.1% of rural subsidies for liquefied petroleum gas go to the poorest quintile, while 52.6% go to the wealthiest. Worldwide, far less than 20% of fossil-fuel subsidies benefit the poorest 20% of the population.”

Increased oil production in the U.S., Libya and lran has led to the price of oil dropping 25% from $115 to $85 since June. With prospects of lower prices for the foreseeable future, economists are calling for scrapping of costly energy subsidies: Anthony Jude, senior adviser to the Asian Development Bank's energy section, said lower oil prices also give some countries such Indonesia, Thailand, and the Philippines, "an opportunity to remove subsidies".

Nevertheless economists acknowledge that removing subsidies will be politically and administratively challenging. “Once subsidies are in place, they are extraordinarily difficult to remove. When world commodity prices rise, as they often have over the last decade, citizens who are accustomed to the domestic price being set in the market are more likely to accept the reality that officials cannot insulate them from the shock. But people who are accustomed to administratively established food and energy prices hold the government responsible,” writes economist Jeffrey Frankel. In Sudan last year for example, riots broke out following the government’s decision to scrap subsidies that led to a doubling of the fuel price.

Despite the political implications, there are an increasing number of politicians tackling the controversial issue of energy subsidy reform, notably three of the world’s newest leaders: Indonesia’s new president Joko Widodo is considering raising the price of subsidized fuel prices by up to 3,000 rupiah a liter, which could save 141 trillion rupiah ($11.6 billion) in 2015. In Thailand, Prime Minister Prayut Chan-O-Cha has pledged to reduce the subsidies that have cost the country 500 billion baht ($15 billion) in the last three years. President Abdel Fattah al-Sisi of Egypt recently stated that a decision to raise fuel prices was “bitter medicine” that should have been taken before.

Cutting energy subsidies altogether however may not be the answer; they could be realigned so that they specifically benefit the poor. Najib Razak, Prime Minister of Malaysia, which has been forefront of subsidy reform, has said that, “Subsidy programmes have benefited people for many years, but as our population grows and our nation develops, they are no longer sustainable and it is time to move on. We need to rationalize subsidies and target them to those in most need.”

A similar stance has been taken by the government in Ghana, which was the third country in Africa after Egypt and Cameroon to cut fuel subsidies in the summer. “[Cutting subsidies] was a very difficult decision to take, because it has a social implication.  Ghana is still a relatively poor country, and there are still people who are vulnerable and living beneath the poverty line. Increases in petroleum and increases in electricity and water will have a direct impact on them,” says Deputy Minsiter of Finance, Kweku G. Ricketts-Hagan. “People who can afford to buy their own petroleum or can afford to pay the full price for electricity and water should no longer be subsidized.

“We are going to target subsidies to the poor and vulnerable.  If it is petroleum, it is by providing new buses that will be put at a reasonable price so that the poor who use buses and normally do not drive four-wheel drives like the rich do can afford to transport themselves around the country, and those who can afford to drive SUVs will then pay the full price for their comfort.”

Subsidy reform is a difficult issue for any leader of a developing nation to take on; and that is why not many up to now have tried to handle this political time bomb. But with many of these nations getting richer and more fiscally savvy, and with increasing pressure being put on them by international organizations such as the IMF to strengthen public finances, the number of leaders addressing this issue should continue to grow.