Implications of the Energy Reform: a transformation for Mexico and the world

Article - September 17, 2014
The Energy Reform will bring new life to Mexico’s energy sector, opening it up to private companies who can complement Pemex and CFE’s activities 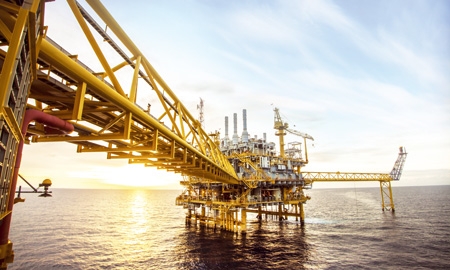 The day after the signing of the Energy Reform’s secondary laws, President Enrique Peña Nieto underscored his intention to transform the country.

“When I started my term in office, I made it very clear that my government did not come here to manage the country, we came to transform it,” he wrote in a personal message on the Presidency’s official website.

“The obstacles were of such magnitude that it was impossible to overcome them with merely a more efficient administration. The change had to be radical,” he declared.

The radical change the President advocates has become a reality in the unprecedented Energy Reform. Among other things, the new legislation will allow private capital from inside and outside Mexico to take part in this transformation, while the State retains ownership of its natural resources.

Although investments by state-owned oil company Petróleos Mexicanos (Pemex) tripled over the past 13 years, from $9 billion in 2001 to the current $28 billion, crude oil production has fallen by one-third in the past decade, according to Energy Information Administration (EIA) statistics.

President Peña Nieto assures the Reform will allow Mexico to turn this situation around by attracting private investors who will not only provide financing, but will also share the costs and risks of developing new projects.
Pemex and the power utility company, Comisión Federal de Electricidad (CFE), will remain under government ownership, but will be given greater autonomy in their management. Their structure will be strengthened, transforming them into Productive State Enterprises with incentives to partner or compete with private sector companies.

The Reform also supports an increased production of natural gas, fertilizers (the latter will receive an injection of $1.15 billion), and oil refining. Currently, Mexico is a net importer of refined products, obtaining abroad about 50% of its gasoline and 65% of its petrochemicals. In 2013, Mexico’s refineries processed 1.69 million barrels per day (bpd), compared to Brazil’s 2.1 million bpd or Venezuela’s 1.86 million bpd. Nonetheless, Pemex continues to rank high in the global refining industry and is currently positioned among the top 12 companies in capacity.

With the Energy Reform, Pemex will attract new investments, transfer of technology and know-how. Pemex expects to upgrade its six refineries and enable them to process heavier grades of crude, which account for 80% of its output from the Gulf of Mexico.

While refining holds enormous potential for foreign direct investment, exploration and development of natural gas are also attractive. Growing demand, especially from Mexico’s industrial and electric power sectors, has raised consumption to 2.3 trillion cubic feet in 2013 from just 1.4 trillion in 2000. Although natural gas production in Mexico has grown by 50% since 2000, greater investment in the sector will still be needed.

Mexico joined the league of the world’s top 10 oil producers thanks to the underwater deposits located in the relatively shallow waters of the Gulf of Mexico, such as the Cantarell field. At its peak, in 2004, Cantarell accounted for 63% of Mexico’s total crude production, as compared to less than 20% to date, according to Pemex. However, years of productive life in some of these wells are dwindling. To meet its increased production targets (3.5 million bpd in 2025, compared to the current 2.5 million bpd), the country will have to develop its deepwater and shale oil deposits.

Mexico holds enormous reserves in both these areas. Deepwater exploration is likely to be most appealing to integrated oil companies that can handle all aspects of the process, from exploration to production and refining. These companies already account for 88% of the crude output in the U.S. territorial waters of the Gulf of Mexico. On the other hand, companies specializing in one or another area of the process will be most attracted to shale oil exploration and production, as will the major international companies.

Deepwater exploration is already underway; at present, in the Bay of Campeche, over 100 drilling platforms are in operation. There are prospects of discovering major deposits of gas or oil located below both U.S. and Mexican territorial waters. The Transboundary Hydrocarbon Agreement (signed by U.S. lawmakers in December 2013 and subsequently included in the package of enabling legislation approved by Mexico in August 2014) dictates that both countries can exploit the deposits in question through a proportional spilt: if 40% of the deposit lies on the Mexican side of the boundary, Mexico gets 40% of the net revenues, and vice versa.

Likewise, potential investors will be looking at opportunities for joint exploitation of Mexico’s “unconventional” assets – shale oil and gas. According to the EIA, Mexico has technically recoverable reserves of 545 trillion cubic feet of shale gas and 13 billion barrels of shale oil. In fact, the Mexican state of Coahuila is home to one of the world’s largest deposits of shale gas, contiguous with the Eagle Ford formation across the border in Texas.

The transformation that comes with the Energy Reform goes beyond oil and gas. The electricity sector has also undergone a fundamental change that opens a huge investment opportunity for private companies. Mexico’s Ministry of Energy estimates that electricity demand in Mexico will increase by 4.7% annually through 2026. This will require an additional 37.5 Gigawatts (GW) of generation capacity, up from the current 62 GW. The cost of this added capacity is estimated at $57 billion, with another $36 billion forecast for investments in electricity transmission and distribution. This expansion in the power sector will capitalize on Mexico’s plentiful reserves of natural gas, in order to replace its expensive and outdated fossil-fuel generation system. With various independent power producers already present in Latin America and the U.S., the electricity sector, like oil and gas, will have a lot of appeal for private partners in the near future.

The opening of the Mexican energy sector is set to resonate in positive ways north and south of the Río Grande. Sourcing oil and gas from a stable, democratic country – and a next-door neighbor – will translate into lower fuel costs and a more reliable supply for U.S. consumers. In terms of business, the transparent legal regime, a business-friendly environment, and lower energy costs will increase the interest of current and potential North American entrepreneurs active south of the border in industries such as maquiladoras and the automotive and aerospace sectors.

As President Enrique Peña Nieto has said, “Now is the time to put this Energy Reform into action,” – a Reform which will strengthen Mexico’s national identity as an emerging power and enhance the benefits for the country’s partners and its citizens.