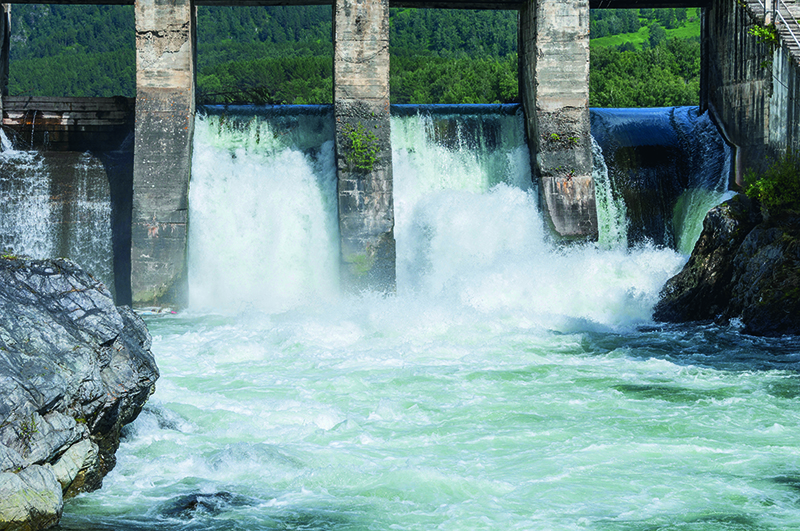 In his New Year address on December 31, 2014, President Donald Ramotar announced that the long-awaited Amaila Falls Hydro Power (AFHP) project would finally go ahead and that it would start operating under his five-year term, which ends in 2016. It was the main announcement of the traditional New Year’s Eve presidential speech, and one that when definitely confirmed will bring huge relief to Guyana’s population, enterprises, and domestic and foreign investors alike.

Indeed, the main Achilles’ heel of the Caribbean country is the lack of available, affordable energy, in particular electricity. Most of its 226MW installed capacity correspond to inefficient thermoelectric, diesel engine driven generators. Furthermore, fuel and lubricants imports account for about a third of its imports (33.6%), according to the national Bureau of Statistics.

Mr. Ramotar described the AFHP as the flagship of the government’s Low Carbon Development Strategy (LCDS), and emphasized that the government will continue to invest heavily in the infrastructure, “which is so critical to creating jobs and improving livelihoods.” The realization of the transformational project, he said, is high amongst the government’s priorities “to ensure the achievement of more affordable and more reliable energy.”

He added that for too long, Guyanese people have looked forward to harnessing the country’s vast hydropower potential. (Indeed, the name Guyana is an Amerindian word meaning “land of many waters”). “The time for realizing this dream is long overdue,” he said. “My government will deliver the Amaila Falls Hydropower Project to the Guyanese people, along with all its attendant benefits. Within months, we expect to achieve financial close and commence construction, and this project will come into operation during our new term in office.”

The project involves the construction of a 165MW hydropower plant in the area of west-central Guyana, where the Amaila and Kuribrong rivers meet, approximately 155 miles southwest of Georgetown. Electricity produced at the plant will be delivered to Guyana’s capital, Georgetown, and its second-largest town, Linden, by an electric transmission line. Once operational, the plant will provide about 90% of the country’s electricity needs and contribute to saving approximately GY$9 billion (US$42 million) annually from fuel imports, according to the official news agency GINA.

However, it remains to be seen if this time, the project will really get off the ground. It has been in the pipeline since the early 2000s and was already one of the flagship projects of the previous government, under the presidency of Bharrat Jagdeo. In the summer of 2013, it hit a major hurdle when Sithe Global, a New York-based power development company owned by funds managed by Blackstone and main contributor to the project, announced it was pulling out because of political wrangling among Guyanese leading parties.

Following the presidential announcement in December, little more information has been given by authorities as to how the project will be financed and when precisely construction will begin. The exact blueprint is also unknown as of yet. Up to four different artists’ impressions of the future dam have circulated in the past few years, and there was still, at press time, no official information detailing its architectural and engineering characteristics.

Interviewed in October last year, Prime Minister Samuel Hinds said that, “We are about to make another effort to make the Amaila Falls Hydropower Project finally happen.

“We have worked for almost 10 years to put things together. We have worked to acquire financing that is concessionary to keep the rates low. In 2012 or so, we were hoping to proceed to the next phase of execution. The other parties in parliament were not supportive. Sithe Global stated that for large projects such as this, which last for 20-30 years, their policy required all political parties in the country to be supportive. That put a bit of a stall on this initiative, but now we think we can proceed.”

Minister of Natural Resources and the Environment Robert Persaud says, “The government has a road map, a clear vision to look at the development of hydropower and move steadfast in this direction. We’ve been inhibited by the political situation and are exploring ways we can get around those. We’re also talking to other partners where Guyana can become a net exporter of energy given the resources we have.”

The minister adds that once the country can satisfy its energy needs, it will be able to move up the value chain away from being a mere exporter of raw materials such as minerals.

He says, “We must ensure that the Guyanese people reap maximum benefits from their natural patrimony, and this requires that much more value added processing is done in the country. We must see alumina or aluminum production, manganese or manganese byproducts, gold as a refined product, agriculture produce into cans and processed, forestry into furniture or housing units, etc. The day of this country being a primary commodity exporter should be something all of us collectively work toward. There are investment possibilities here, and that is why we thought to create linkages laterally as well as multilaterally with the U.S., Canada, Asia, and South America. We are also looking at developing viable local industries, based on resources and services.”

Guyanese private entrepreneurs could not agree more. Sattaur Gafoor, Executive Chairman of Gafsons Industries Limited, a manufacturer of hardware and heavy construction materials and one of the largest private companies in Guyana, says, “Private sector organizations have been having meetings with political leaders to emphasize the tremendous effect the Amaila Falls project would have on the development of Guyana. It is not the only answer to our energy needs but an important step in the right direction. It will save Guyana at least US$400 million in foreign exchange, and that can make quite a contribution to our economy.”