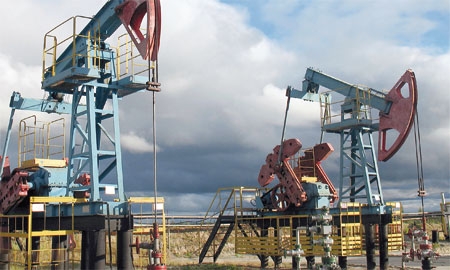 One need only look at the growing number of oil companies in Cameroon as proof that the country is set on a path to reach its full potential. And, if sustainable growth relies on an increasingly diversified economy, the oil industry will certainly keep pulling its weight.

Oil competition has grown significantly in the last decade, thanks in most part to a change in policy to incentivise the market. “10 to 15 years ago, there were only about five companies competing. Today we have about 30 companies,” says Emmanuel Forson, MD of Corlay Cameroon, a company which has operated for 60 years (previously as Texaco Cameroon).

The Cameroonian oil sector includes two segments: upstream, referring to exploration and production, and downstream, dealing with refinery, storage and distribution. While the former includes some of the more ambitious projects, objectives for the latter centre on increasing supplies to the national and regional markets.

In 2008, oil consumption within Cameroon was in the region of 900,000 tonnes a year. Corlay, a leader in the downstream market, counts 200 consumer and industrial clients. It is responsible for providing fuel through 120 stations across the country under the MRS brand. With an excellent track record and in-depth knowledge of the sector, its focus is to improve efficiencies in all its areas of operation.

“It is a good challenge because there is a lot of competition,” beams Forson. “Right now, we are the second largest company of our kind in the market. We are trying to move to the top spot. To do that, we need to increase our level of customer satisfaction.”
Thus more competition leads to better prices and improved services for consumers in Cameroon – a challenge to typical suspicions about the oil industry. “Oil is not bad; it is oil that allowed for the large development of other economies,” reminds Yonn Lissom, CEO of First Oil Cameroon. Created in 2000, it is the first private petroleum company in the country (in fact, even in sub-Saharan Africa). “We must reinvest in oil resources.”

In Cameroon, whose economy relies heavily on oil, other activities need to progress to allow for a more balanced growth. Diversification will indeed alleviate dependence on one sector. Nevertheless, oil will remain a driving force in economic development, as exploitation of resources have yet to be maximised. “The potential for the industry here is very high. In the next five years, we expect the country to achieve a considerable amount of growth,” confirms Forson.

In the upstream market, developments in recent years are already taking off. EurOil, a 100-per-cent-owned subsidiary of UK’s Bowleven, was quick off the mark: the holding oil and gas company has been listed on the AIM since 2004, and in 2008 it made important offshore discoveries of light and high grade oil – it now owns 75 per cent of its licence. At the time, CEO Tabetando declared this would “harness and improve on the country’s oil boom”.

“There are a lot of things that we can improve on,” says Forson, however. First Oil’s Lissom agrees that more development is needed in infrastructure such as railroad, air and sea ports, housing and agriculture. Still, he rates the improved business climate highly: “I think the policy, which is led by the Government in Cameroon, is a policy of stability and of income distribution, and it’s beginning to bear fruit.”

Corlay Cameroon, for its part, managed to work around any existing shortfalls, and Forson vouches for the oil sector as a whole. “We have found a way to thrive, as a company and as an industry. We have faith in the administrative and regulatory bodies of Cameroon. We are confident that they will help us move forward.”

As a country aiming to raise its prospects for a stronger future, Cameroon’s efforts to become a thriving economy are clear. The Government has renewed its determination to make business opportunities more attractive. The setting promises to reward those who are willing to commit with high returns, which in turn can only benefit the Cameroonian people with a better standard of living.

“Cameroon has an investment-friendly environment. The risk-to-benefit ratio is good,” concludes Forson. “It is a peaceful and stable country with great potential.”