A new era for PEMEX

Article - May 5, 2014
Mexico’s Congress approved a reform in December that ends the 75-year monopoly of Pemex on crude oil production and aims to attract significant new streams of private investment into the country’s energy sector. Now awaiting the fine print of the landmark reform to be finalized, once the secondary laws are set, Pemex is widely expected to ink joint ventures with international oil majors in a bid to boost output, and bring major socio-economic advantages to the country. 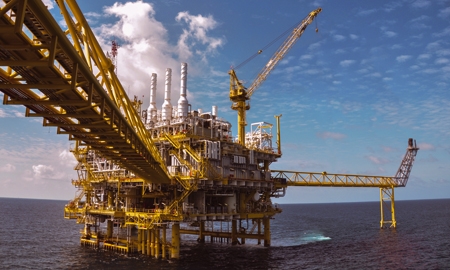 At the end of last year, North America – and indeed the rest of the world – witnessed another energy revolution to rival that of US shale gas production. South of the border, the Mexican Congress approved the game changing energy bill spearheaded by President Enrique Peña Nieto that will see an end to a seven-decade long state oil monopoly, and throw the door wide open to all the major players in the world.

It is hard to overstate the significance of the reform for either the Mexican oil and gas industry or investors alike, with foreign companies expected to invest as much as $60 billion a year in Mexico’s energy sector thanks to the new rules that will allow production sharing.

The reform passed on December 20th 2013 paves the way for foreign enterprises to enter into profit sharing agreements with state-owned PEMEX (Petróleos Mexicanos), allowing private energy firms to conduct deep-water drilling and produce oil and gas through joint ventures with the company.

While it is true that Mexican oil production has dwindled in recent years – with PEMEX needing increasing capital and technology from the private sector in order to help explore and develop the unconventional and deep-water reserves – new investments are estimated to boost the company’s output to 4 million barrels of oil equivalent per day by 2025.

However, perhaps most significantly for Mexicans, the promise of excess revenues from increased production has come with promises of economic growth, job creation and extra money to fund social programs, education, health, infrastructure and clean energy.

“It is time to make the most of our resources, to realize that this reform will convert Mexico into an energy powerhouse, but mostly, it’s time to use all our energy to move and transform Mexico,” stressed President Enrique Peña Nieto in December.

“It is a transformation in the background so that the country has more energy to achieve economic growth and generate hundreds of thousands of new jobs. Companies, especially small and medium, who generate the highest employment in our country, will have more energy at a lower price, which will make them more productive and allow them to hire more people. With this reform, Mexican families will feel in their pockets the benefits of a growing national economy.”

The benefits that the reform promises to bring to the everyday Mexican will, for now, remain to be seen in years to come (at least until after Mexican Congress release a delayed series of laws, known as the secondary laws, that should begin to define how the revolutionary energy reforms will be implemented). For PEMEX however, this exciting new era will bring fast and positive change.

“This bill will allow PEMEX to compete with other companies for the first time in its 76 years history in an open market,” says CEO of PEMEX, Mr. Emilio Lozoya.

“I am confident that competition will make us more efficient and transparent, which will increase competitive advantages and let PEMEX become a trustworthy partner for other companies.”

Indeed the company has already begun to explore these partnership opportunities, signing Memorandum of Understanding and Cooperation Agreements with CNOC, Mitsui, Statoil and Russia’s oil producer Lukoil in January, while also holding talks about joining forces with Total at this year’s World Economic Forum in Davos.

“The age of easy oil is almost over in the world,” says Mr. Lozoya. “Thus, we have a huge challenge to generate more output through better practices and partnerships by sharing our expertise, technology and risk management in win-win scenarios, so that we can guarantee enough energy at competitive prices to foster the national development.”

However, while providing such “win-win scenarios”, Mr. Lozoya also admits the new lease of life will also bring challenges.

“Our strategic platform in exploration and production will focus on increasing the reserves replacement rate as well as the exploration success rate. We need to improve the recovery factor of our brown fields, while at the same time, reduce decline rates. Furthermore, we must reduce the operational costs and accelerate the development of new production.”

The main challenge that PEMEX faces is perhaps in diversifying its energy portfolio. Having primarily focused on developing shallow waters, its production in these areas has been decreasing.

“Much improvement has been done regarding our deep water and ultra-deep water fields in the last years. Still, it has not been a significant enough increase that would have a meaningful impact in the overall production. We need to inject capital to our new projects and generate value for the company. Likewise, we need to double our investment in the prospective new plays so that we can take advantage of the energy revolution in North America.”

In order to meet its challenges, to adapt and ultimately be successful in this new context, PEMEX is now undergoing a major transformation including a restructuring of the company that will eliminate red tape and bring an efficient model of corporate governance that will allow the company the freedom to manage its budget.

Along with this, PEMEX will transform its four subsidiaries into two business units: exploration and production and industrial transformation. These changes will give PEMEX the tools to compete in an open market, just as any other oil company in the world.
According to the CEO Mr. Lozoya the company has to concentrate on retaining the best human capital to push PEMEX and Mexico forward.

“PEMEX has to stimulate the professional and personal development of our human capital. We have created a corporate university in order to certify our employees on various tasks, as well as provide training on leadership skills. This is important in the new landscape where we will need to compete with private entities and corporations. We also started a program of technology management upgrading and talent development of our workforce. Human resources are the greatest asset of PEMEX, and that is why we have started to invest in ongoing education, through the recently launched PEMEX University.”

Going forward, while the government prepares to open the previously state-run sector to private and foreign investment, Pemex, is aiming to keep more than four-fifths of the country’s proven and probable oil and gas reserves for its own exploitation with the company given first choice of projects under a so-called “Round Zero.”

With this, Mexico’s Energy Ministry has given a deadline of September 17th 2014 to decide which of the requested projects will be assigned directly to Pemex, taking into account the company’s technical and financial capabilities.

“In general terms, we included the fields that are currently being exploited and those that are in an advanced stage of development. Also, those where its exploration strategies have proven effective, as well as fields that have a strategic role and advantage due to its location or specifications,” explains Mr. Lozoya.

In addition to these fields, PEMEX has applied for a portion of the exploratory opportunities, although still leaving ample parts of the Gulf of Mexico’s deep water and shale gas formations, which will soon be available to private players. Indeed just like its North American neighbors, Mexico has huge potential in shale gas (the sixth largest reserves in the world); a prospect which has many of the world’s major oil and gas companies very eager.

Considering the United States’ expertise in shale gas exploration and production, as well as its mutual membership with Mexico in the North American Free Trade Agreement (NAFTA), PEMEX is particularly keen to collaborate with American companies in the area, as well as invite them to explore and take advantage of the shale formations for themselves.

Both the PEMEX CEO and Mexico’s Secretary of Economy have called for further cooperation and integration between the U.S. and Mexico, as well as Canada, for the benefit of the whole continent. Shale gas aside, Mexico and the U.S. could work together on matters such as regulation and infrastructure to make the most efficient use of the continent’s growing energy production that’s reshaping global markets.

In the meantime, with such exciting times ahead for North America in its great energy revolution, Mexico’s PEMEX will ultimately hope that 2014 will be a year that not only transforms the company and the country into a global energy leader, but also contributes to raising the prospects and aspirations of the ordinary Mexican citizen.

Andrew McFly
100% of 1
Its a great company, i would like to be a private investor of Pemex, when it goes to Stock Exchange??