Article - September 15, 2014
When enormous shale gas and oil fields were discovered in the U.S. less than a decade ago, industry experts hailed the dawn of a new era for North America’s energy sector 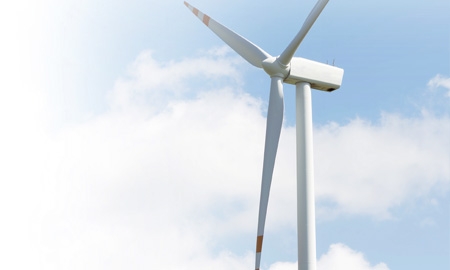 According to the Energy Information Administration (EIA), between 2007 and 2013, the U.S. crude oil output rose by 2.7 million barrels per day, with more than nine-tenths of this increase coming from shale deposits.

“Shale oil and gas are less profitable than shallow-water fields,” says Emilio Lozoya, CEO of Petróleos Mexicanos (Pemex). “However, production in shallow-water fields will one day decline, so Pemex must prepare itself for the future and learn how to develop shale deposits.”

One of such deposits lies just north of the Mexican border, on the Eagle Ford shale formation, which has been extensively developed in Texas. This deposit now produces more than 1 million barrels of oil per day, in addition to significant quantities of natural gas, and has unleashed an energy boom unseen in the U.S. in decades.

Eagle Ford’s deposit may also extend hundreds of miles into Mexico. To date, there are a total of 175 shale wells in Mexico, including 10 announced in early 2014. The fact that 13,000 wells have been drilled in Texas alone, underscores the exploration and production possibilities on the Mexican side of the border.

Even more remarkable, this turnaround took place in the span of just six years and it continues to pick up pace.

The effects of the “shale revolution” are still being felt across the U.S. It has already created more than 2 million jobs and will reach nearly 4 million by 2025, according to business information and analytics software company IHS. In terms of the economy as a whole, unconventional oil generated about $300 billion in total economic output last year, IHS estimates.

Given its huge stores of unconventional resources, Mexico could benefit from a similar impact on its economy. The Energy Reform will be a key factor, as it will facilitate the participation of foreign firms with expertise in shale oil drilling, allowing them to exploit these resources, while guaranteeing a secure and legal environment. As a result, analysts and industry executives expect a robust unconventional exploration activity in coming years. The techniques recently developed north of the border can now be applied in Mexico to provide a steady, secure and readily accessible stream to global energy markets.

As the shale revolution spreads, leaders in both Mexico and the U.S. foresee a future of shared prosperity, made possible by the geographic, economic and political relationship that both countries share. For the first time in more than 75 years, American companies will be allowed to bring their expertise and capital to help tap Mexico’s vast resources.

Under a revamped, modern legal framework, they will be guaranteed a stake in each venture’s success, while providing fair and equitable returns to Mexico.